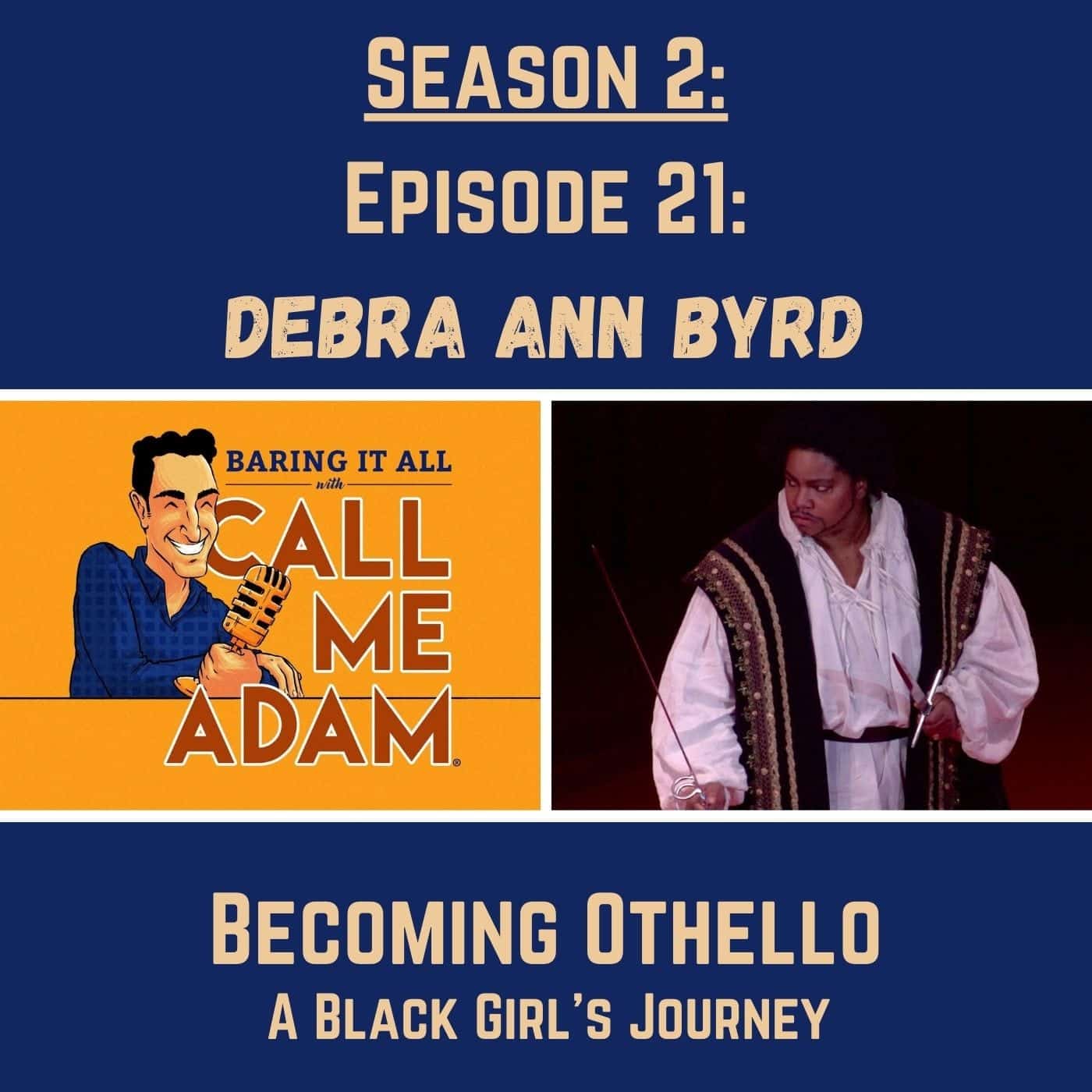 Debra Ann Byrd is Baring It All with Call Me Adam about how she defied race, gender, and a tough upbringing to achieve her dreams of performing Shakespeare Classics and becoming one of the most sought out actors to play Othello.

Debra’s memoir play, Becoming Othello: A Black Girl’s Journey will stream via Livermore Shakespeare Festival from May 27-May 30. Join Debra Ann Byrd on Saturday, May 29 at 5pm for a special virtual live Q&A. Click here for tickets!