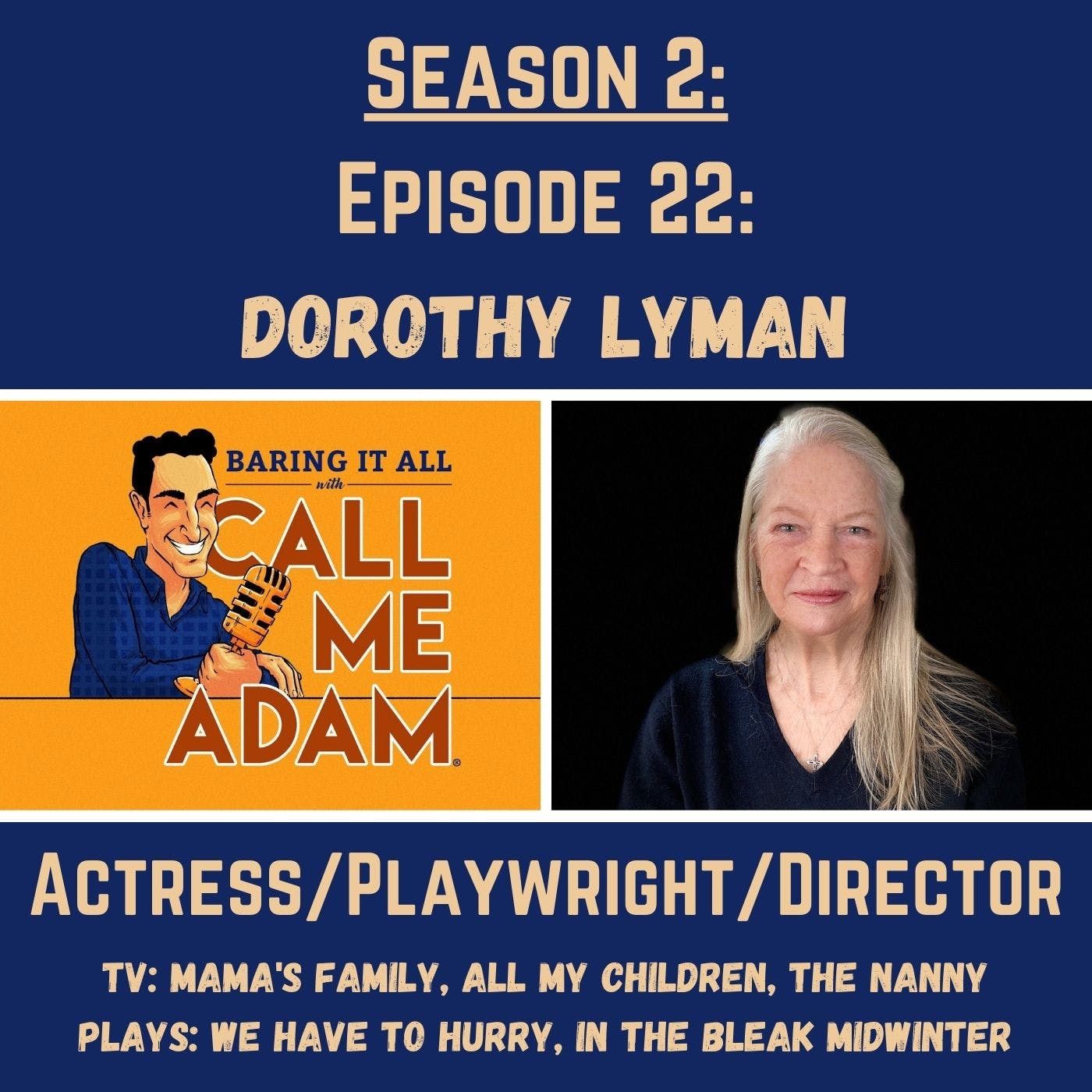 Season 2: Episode 22: Dorothy Lyman: Playwright, Actress, Director, Mama’s Family, All My Children, The Nanny, Fran Drescher, We Have To Hurry

From All My Children to Mama’s Family, I’m beyond excited to be catching up with two-time Emmy Award Winner Dorothy Lyman whose new virtual play, We Have To Hurry starring Alfred Molina will be streaming June 5th & 6th on Broadway on Demand.

Dorothy & I talk about her legendary career in television, including how Fran Drescher gave Dorothy a directing career, branching out from acting to playwriting and much more!

Dorothy won two Emmy Awards for her iconic portrayal of “Opal Gardner” on ABC’s All My Children (1982 & 1983) & is widely known for playing “Naomi Harper” on Mama’s Family which ran from 1983-1990. Dorothy also directed 75 consecutive episodes of Fran Drescher’s hit show The Nanny.

We Have To Hurry streams at Broadway On Demand on June 5th (8pm) & June 6th (3pm). Click here for tickets!

The play will stream on a monthly basis with a rotating cast of stars.

Connect with We Have To Hurry:

Dorothy Lyman is a two-time Emmy© Award-winning actress for her work as “Opal Gardner” on All My Children and is widely known for her co-starring role on Mama’s Family, alongside Vicki Lawrence and Carol Burnett. In addition to her numerous film and television appearances, Dorothy also directed 75 episodes of the Fran Drescher sitcom The Nanny.

Her other plays are Enemy (an adaptation of Ibsen’s An Enemy of the People), A Rage in Tenure and Soft Landing (directed by John Tillinger) all developed and produced by Players Workshop in San Miguel de Allende, Mexico. In The Bleak Midwinter, the prequel to We Have To Hurry was produced in New York City and Westchester in 2019.

Dorothy’s directing career began in 1980 when she produced and directed the original off-Broadway production, and subsequent tour, of A Coupla White Chicks Sitting Around Talking starring Susan Sarandon and Eileen Brennan, and the subsequent national tour starring Elizabeth Ashley and Susan Anton. Her feature film, The Northern Kingdom is available on Netflix.