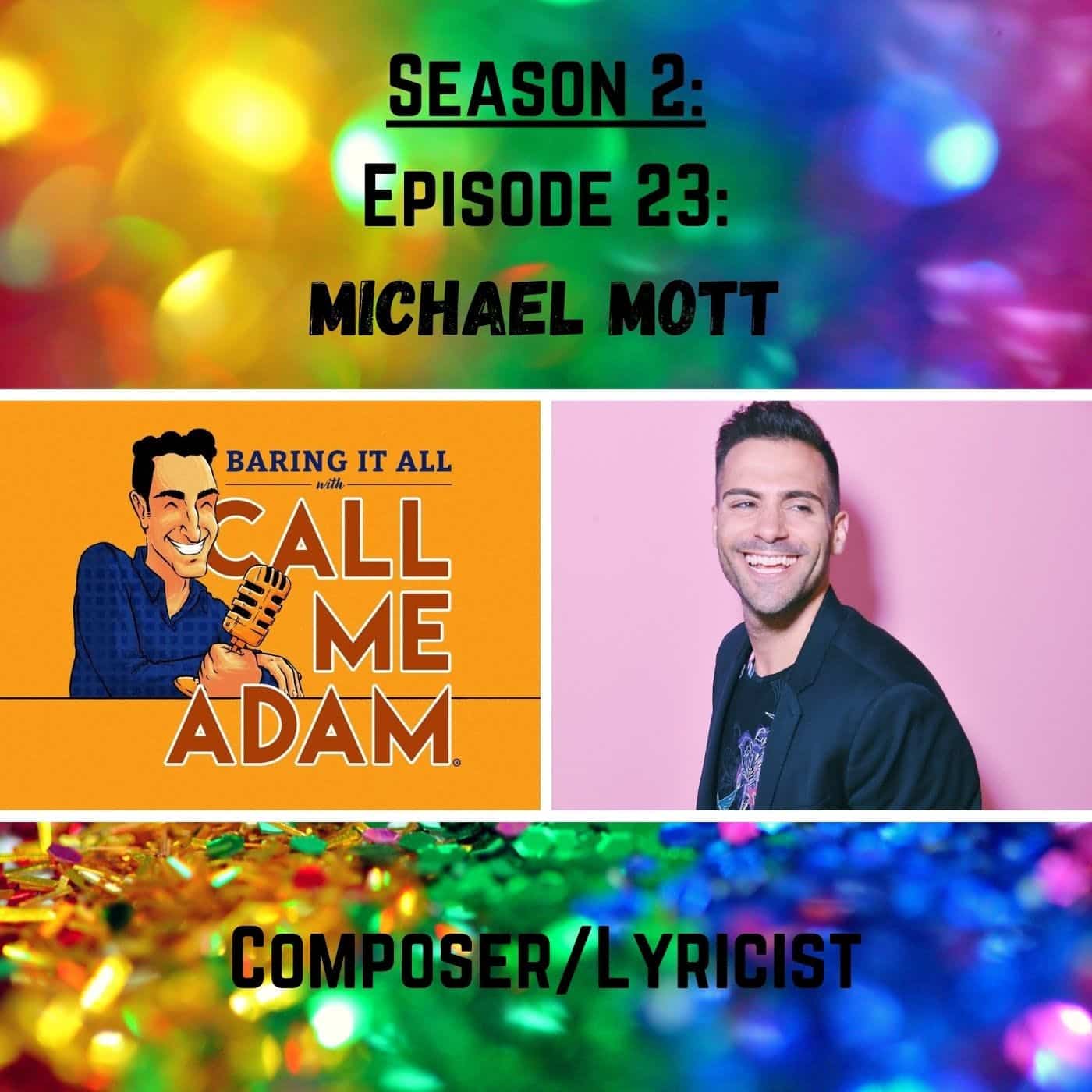 Season 2: Episode 23: Michael Mott: Composer, Lyricist, Songwriter, The Only One, In The Light: A Faustian Tale

Award winning composer Michael Mott discusses the music behind the composer! Known for his theatrical pop sound, Michael’s latest EP, The Only One takes the listener on a journey through love, quarrels & the ending of a relationship. I’ll be talking with Michael about love, loss, & what he learned as well as his new theatrical project, In The Light: A Faustian Tale, whose highlights album will be released by Broadway Records on June 25, 2021.

Click here to pre-order/download In The Light: A Faustian Tale!

Michael Mott is an internationally critically acclaimed award winning composer/lyricist, songwriter & vocal producer. He moved to New York City in 2007 & enjoyed a successful career performing in numerous Off-Broadway, regional & national touring shows. In 2012 he decided to shift his focus to writing & was accepted into the prestigious BMI Lehman Engel Musical Theatre Writer’s Workshop. He has since been named one of Playbill’s “Contemporary Musical Theatre Songwriters You Should Know” & won the Broadway World 2020 Cabaret Award for ‘Best Original Song’ for his piece Jingle My Bells written for The Boy Band Project.

Michael is best known for his recording studio work. His debut album, Where The Sky Ends, was co-produced by Mott & legendary orchestrator/producer, Kim Scharnberg. The LP spawned Mott’s most famous song, Gone (featuring vocals by Ben Fankhauser) which has surpassed 4 million streams on Spotify. Where The Sky Ends was released by Grammy Award Winning label, Broadway Records. Michael next composed a Christmas single for Broadway star, Laura Osnes, co-produced by himself, Scharnberg & Jeremy Roberts. Christmas, Will You Stay? This began the creation of Mott’s own independent label, Motta Music.

Michael’s follow up studio album, Abandoned Heart was also released by Broadway Records. This time, Michael took a much broader approach honing his voice & focusing more on a top 40 sound. This record offers a variety of feel good pop, anthemic soul & introspective ballads co-produced by Mott & Rich Matthew. In 2019, Michael began to write original material for NYC based boy band, The Boy Band Project. Mainly a cover band, Get Behind My Love, their first original single, was released in 2019. Their follow-up single, Jingle My Bells was released later that year.

Michael is currently an Advanced Member of the BMI Musical Theatre Writer’s Workshop and proud member of Actor’s Equity Association.