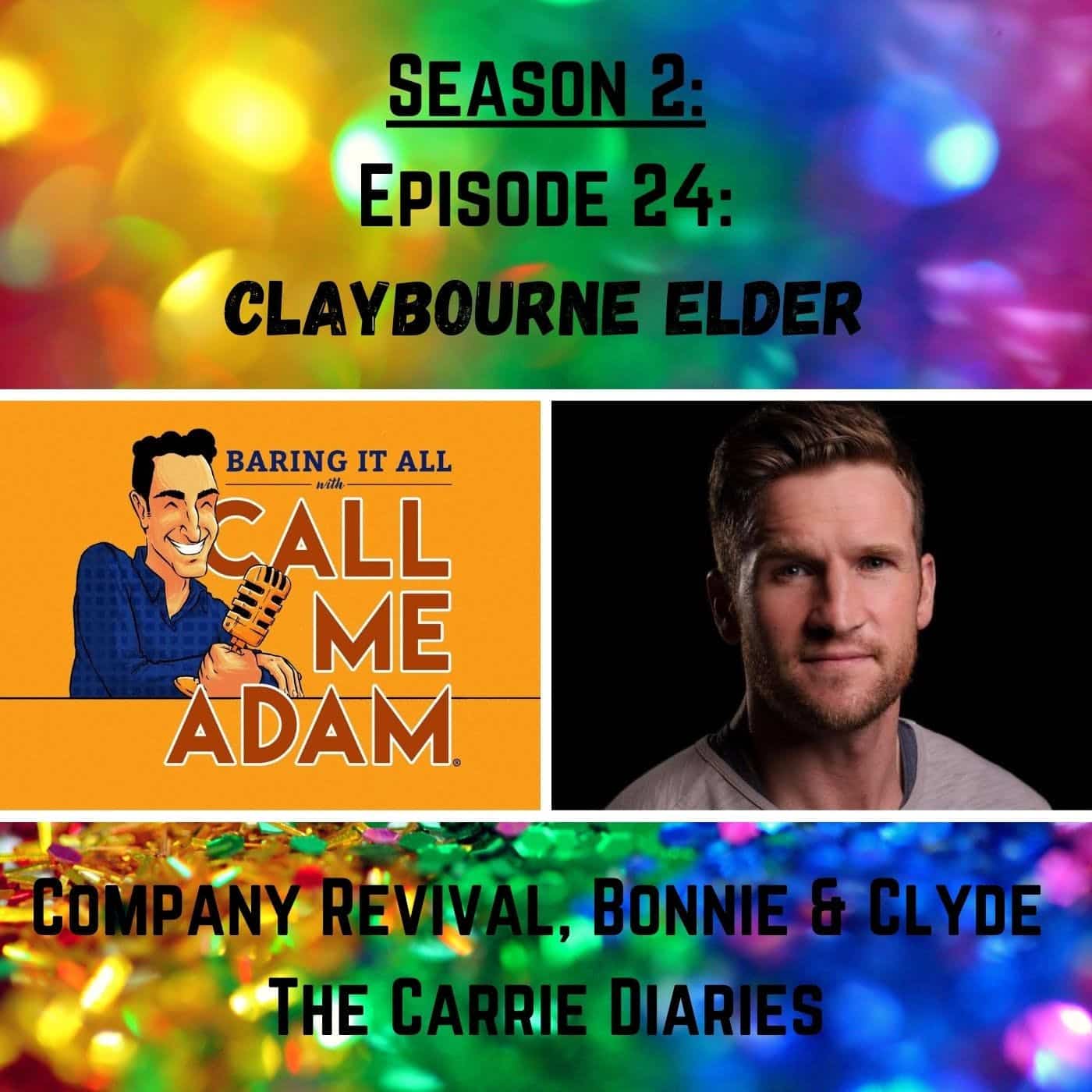 He stole our hearts in Broadway’s Bonnie & Clyde, melted them on the CW’s The Carrie Diaries & just before the pandemic hit, Claybourne Elder was seducing us with “Barcelona” in the Broadway revival of Company.

Today, Claybourne Elder is Baring It All with Call Me Adam about the ups and downs of a Broadway career, transitioning into television and having the same birthday as Patti LuPone.

Claybourne Elder’s Broadway credits include Company, Bonnie and Clyde, Sunday in the Park with George with Jake Gyllenhaal, and Torch Song Trilogy revival with Michael Urie. He was nominated for a Lortel Award for his performance in Allegro and a Drama Desk for One Arm. Elder was a series regular in the CW’s The Carrie Diaries and appears in the new season of FBI.