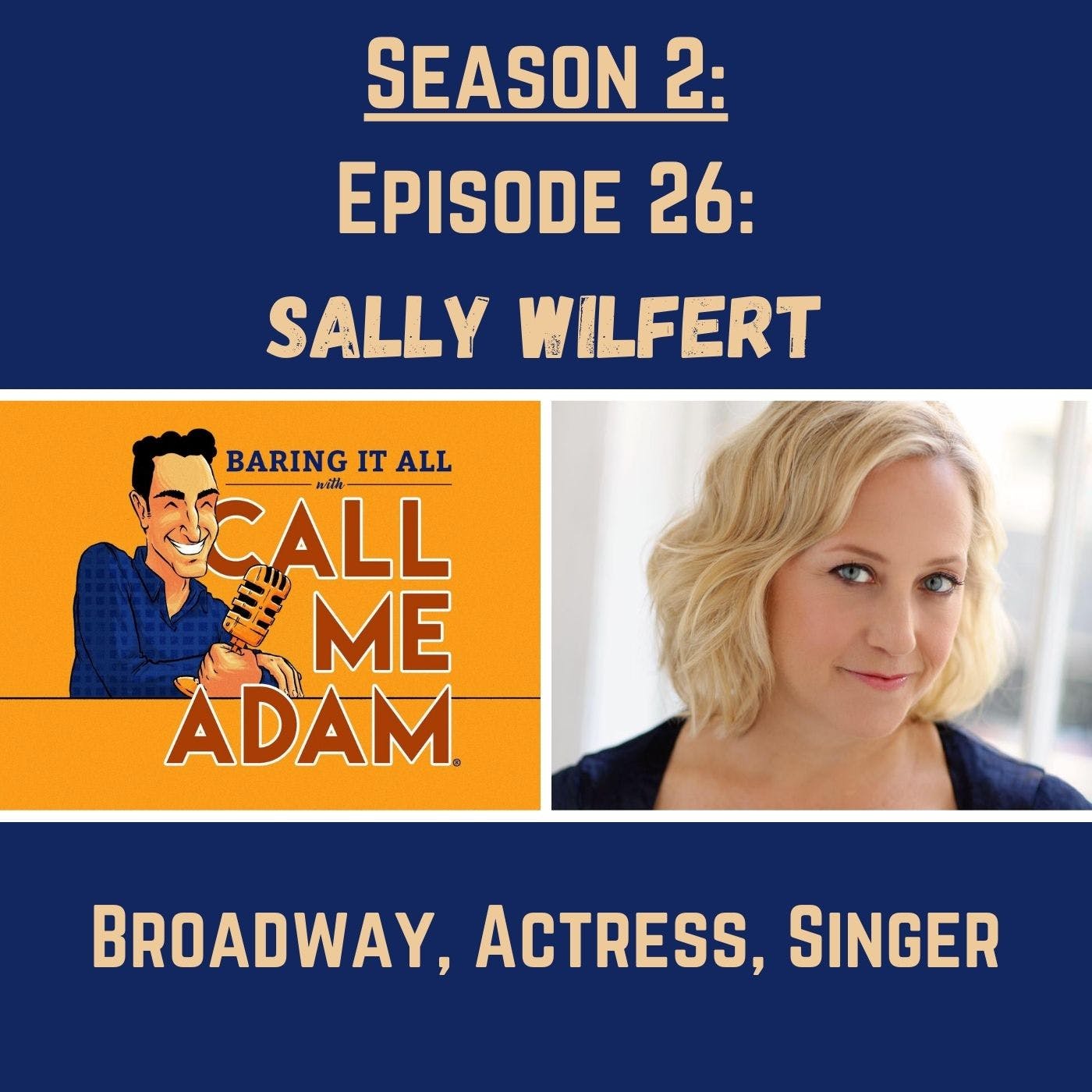 Today I welcome back Broadway Vocalist Sally Wilfert. In this episode Sally is Baring It All with Call Me Adam about her theatrical legacy, including her work with the legendary composer William Finn, singing at Congregation Beit Simchat Torah (CBST), lessons learned & so much more!

Be sure to catch Sally in her triumphant return to the concert stage this summer!

July 10: Broadway Under The Trees at Harmony in the Woods: Click here for tickets!

Sally Wilfert has appeared on Broadway in the Tony Award-winning production of Assassins, The Adventures of Tom Sawyer, and King David. She toured the country in the first national tour of The 25th Annual Putnam County Spelling Bee. Off-Broadway, Sally’s credits include See Rock City, Make Me A Song: The Music of William Finn, The Mistress Cycle, and The Prince & The Pauper. At Carnegie Hall she has appeared in Cole Porter’s Jubilee, South Pacific in Concert (starring Reba McEntire), and Sondheim: A Tribute, (all for PBS). Performing with the New York City Ballet at Lincoln Center and Tokyo, she was featured soloist, singing “Somewhere” for their performances of West Side Story Suite.

She has appeared at The Ensemble Theatre of Cincinnati in Mamma Mia, Chasing Rainbows, Damn Yankees, Kiss Me Kate, The Light in the Piazza, Footloose, When We Met, LMNOP (World Premiere), Little Miss Sunshine (World Premiere), Marry Me A Little, Elegies: A Song Cycle, Les Miserables, The Last Five Years, Amadeus, Into the Woods, & The Threepenny Opera.