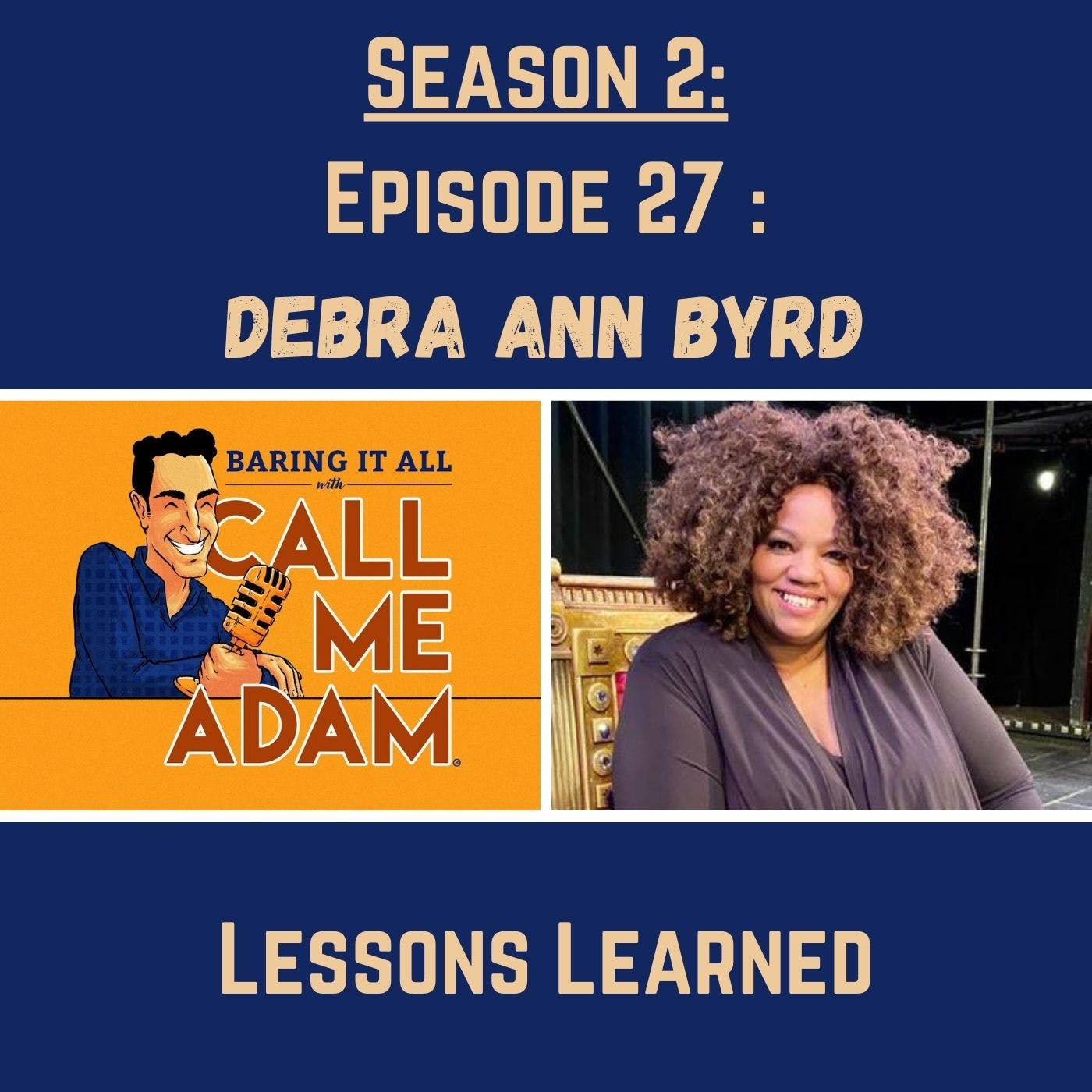 Debra Ann Byrd is back on Baring It All with Call Me Adam! Today we are discussing the lessons Debra Ann has learned about her life and career.

Listen to Part 1 of our interview here! This is where we talked about Debra Ann’s one-woman autobiographical play Becoming Othello: A Black Girl’s Journey.

Becoming Othello: A Black Girl’s Journey is a personal, poignant & powerful story of perseverance, tragedy, triumph—and ultimately unconditional love. Directed by Tina Packer, the show is a one-woman theatrical drama complete with lyrical language, soulful songs and the music that shaped the life of a resilient little girl growing up in Spanish Harlem.