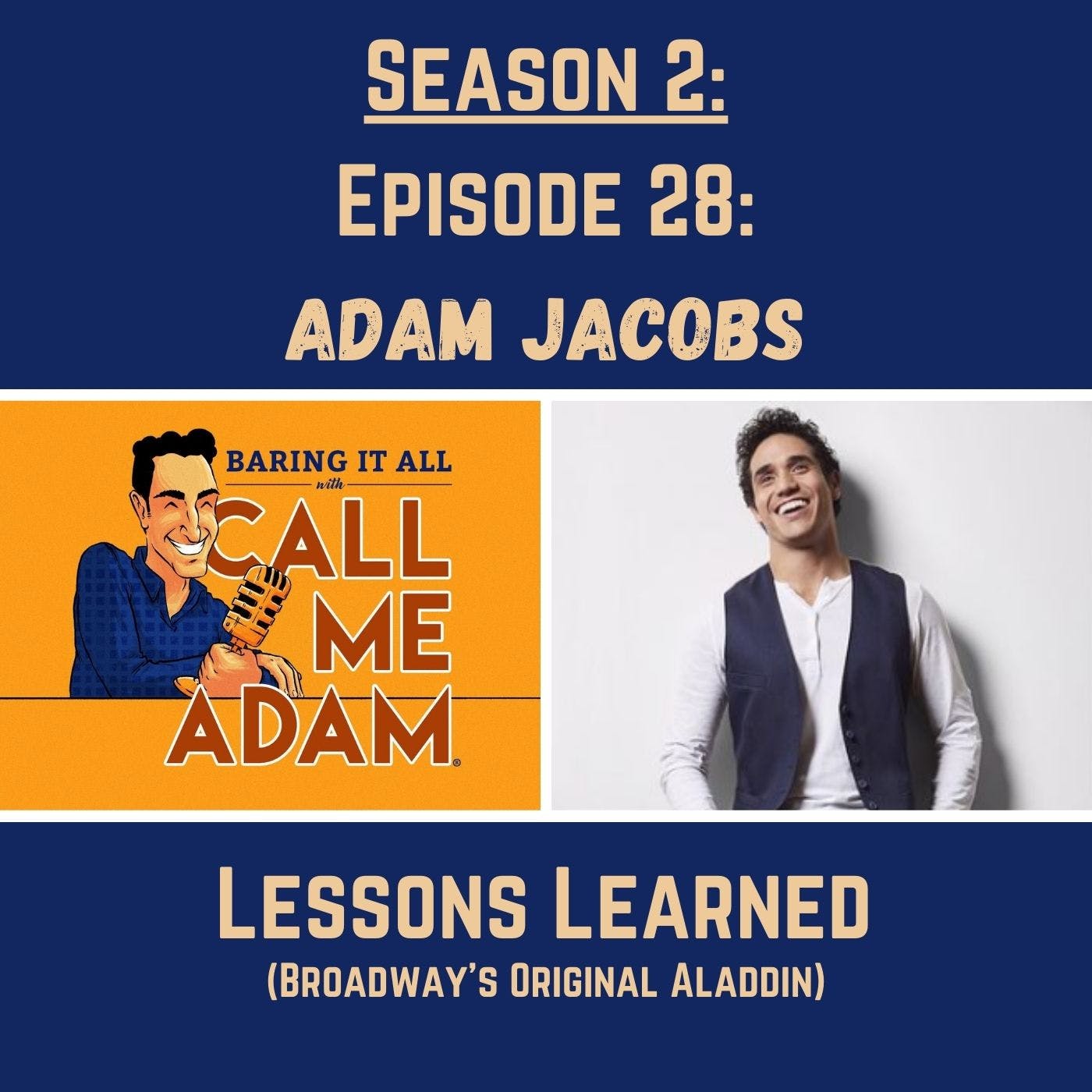 I am so excited to welcome back Adam Jacobs who originated the role of Aladdin on Broadway. Today, Adam & I are talking Lessons Learned, more backstage tales from Broadway & and a story involving a stolen car, his sister (Arielle Jacobs) & the Hawaiin Mafia.

Listen to Part 1 of our interview here! We discussed Adam’s theatrical endeavors, his docu-concert Behind-The-Curtain & his new film Last Call in the Dog House.

Last Call in the Dog House is finally getting released this Friday, July 16, 2021 on Stoneypoint Entertainment.

Purchase both Behind-The-Curtain & Last Call in the Dog House