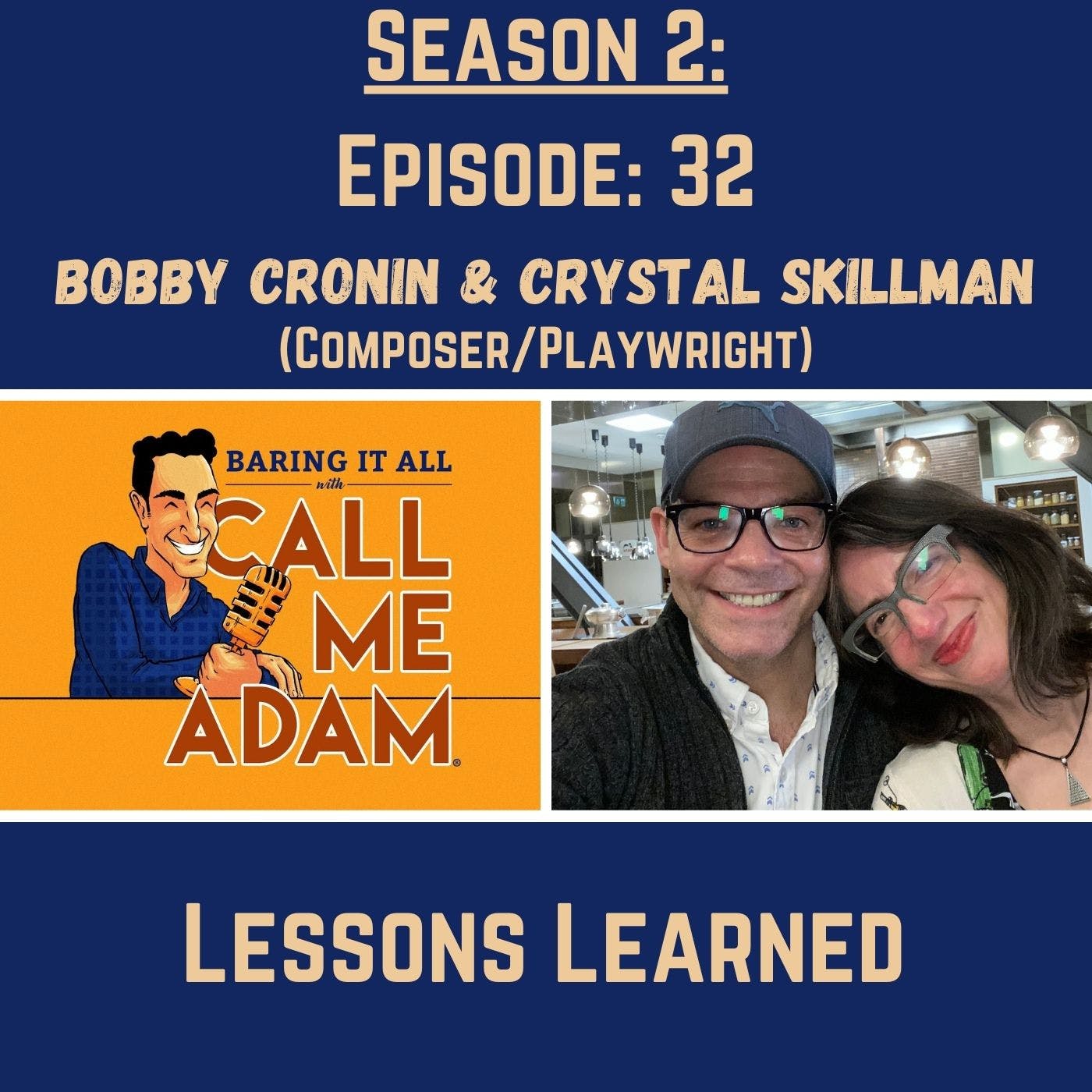 It’s so great to welcome back Crystal Skillman and Bobby Cronin, co-writer and composer of the Broadway Podcast Network hit audio play/podcast King Kirby. Today, Crystal & Bobby are truly Baring It All with lessons learned, industry secrets including bullying and sexual harassment, plus much more!

Listen to Part 1 of our interview here! We talked about Jack Kirby, Comics & the creative process of turning King Kirby from a stage play into a podcast/audio play.

King Kirby tells the story of Jack Kirby, who co-created some of Marvel’s most famous comic books including Captain America, X-Men, and The Avengers.

Bobby Cronin is an award-winning composer/writer for theatre, short film, web, dance, and more. His projects include: Mary & Max [based on the claymation film] with bookwriter Crystal Skillman which had its World Premiere at Theatre Calgary in the fall of 2018 and its European Premiere at Austria’s Theatre Linz in 2019. It won the 2018 MUT Critics Award in Germany, Pace New Musicals 2018, SigWorks Finalist 2018; ‘Til Death Do Us Part (World Premiere 2020, 2018-2020 SDSU New Works Award; 2017 SigWorks Finalist; 2016 Overtures Series directed by Kent Nicholson) with bookwriter Caroline Prugh; a handful of songs in Off-Bway’s Camp Morning Wood; Till Soon, Anne with bookwriter/lyricist Christine Toy Johnson which had a residency at the Eugene O’Neill Theatre Center.

His latest commission PSYKIDZ is ready to be produced. Bobby’s music won “Best Score of a Mockumentary” for the web series Thank You, Next & Best Music/Lyrics for Ten Reasons I Won’t Go Home With You in 2010’s MITF. He was commissioned to write a pop song for the 2013 winner of Italy’s televised singing competition Lo Canto.

Bobby created the Inspired Benefit Concert Series for animal rescue organizations across the U.S. & UK to raise funds & awareness for the 3 million adoptable pets euthanized in our country each year.

Crystal Skillman is an award winning writer who creates darkly funny, high-concept work with heart & edge. As a playwright she is a four-time NYT Critics’ Pick, as well as an award-winner as a bookwriter for the musical MARY AND MAX (with composer Bobby Cronin ) & her comic book credits include work for Marvel and “Adventure Time.” Watch the trailer of her NYTimes Critics’ Pick OPEN here.

A passionate believer in art and activism, Crystal is the author of the play RAIN AND ZOE SAVE THE WORLD, a coming of age story of two teenage climate activists, which has been optioned for a premiere next year (2022).