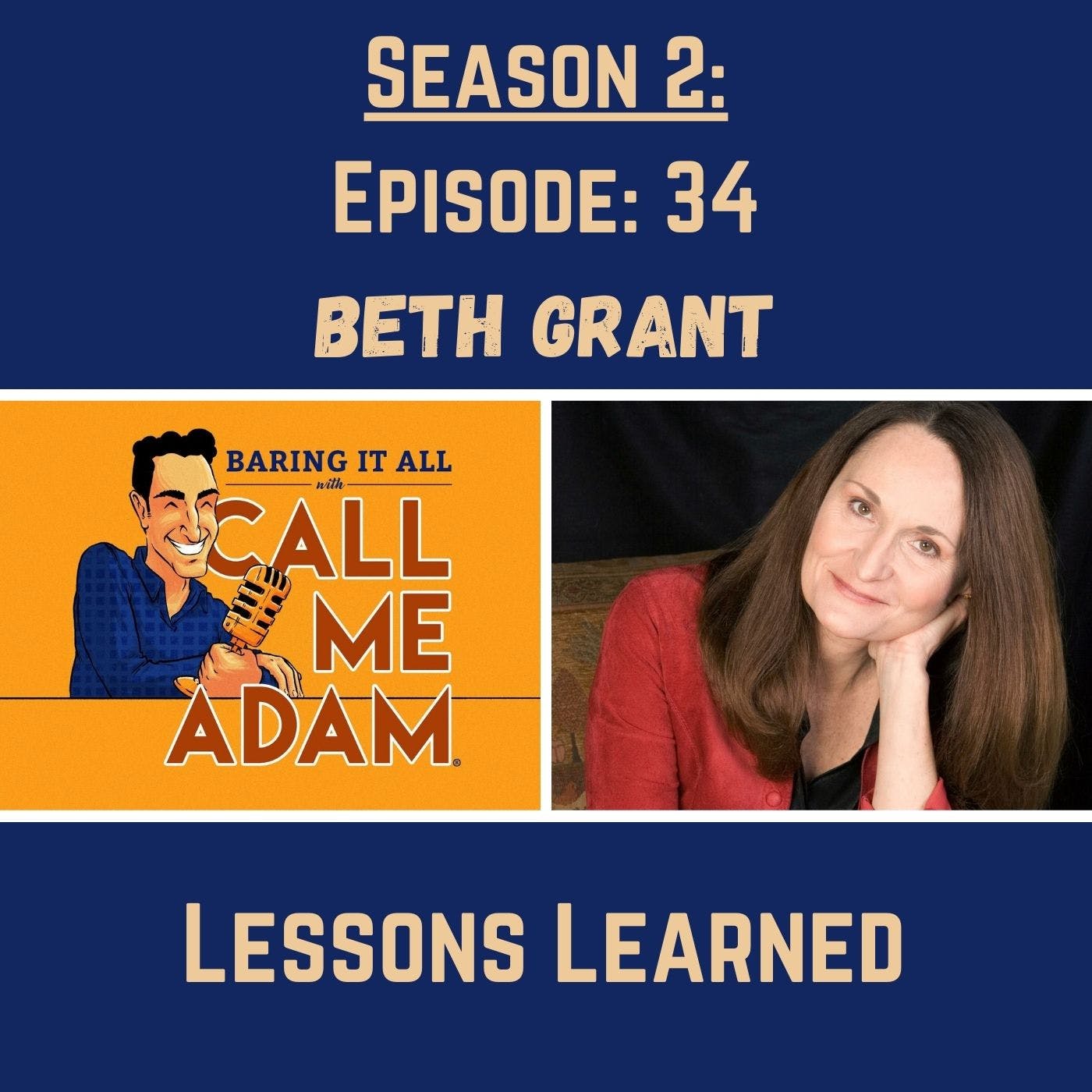 Season 2: Episode 34: Beth Grant Returns: Lessons Learned, Being Fired, Mad About You, The Mindy Project, To Wong Foo, Thanks For Everything! Julie Newmar

There’s no better time to share the second part of Beth Grant’s podcast episode than a few days before her birthday (9/18). From being fired to checking her ego to working with Patrick Swayze & Stockard Channing, Beth talks about lessons learned!

Beth Grant is a character actress who has been featured in many iconic films & TV shows: Donnie Darko, King of the Hill, Little Miss Sunshine, A Time To Kill, Speed, No Country For Old Men + over 200 more.

Beth will next be seen in Season 4 of Goliath on Amazon Prime, starring Billy Bob Thornton, which drops 9/24.