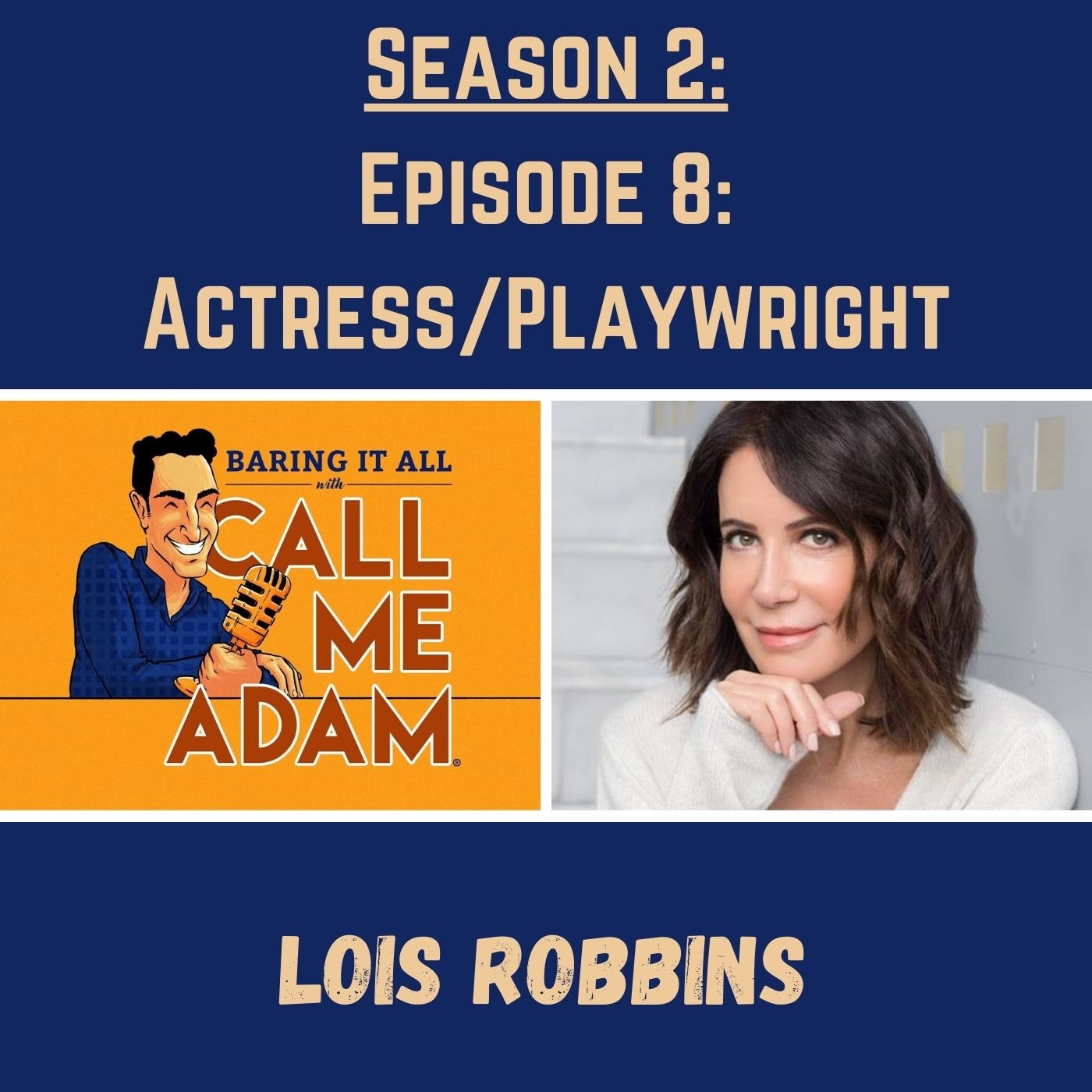 Actress & Playwright Lois Robbins is Baring It All with Call Me Adam about her work on HBO’s Sex and the City, TV Land’s Younger, and ABC’s All My Children and One Life To Live. Lois also discusses her legacy, lessons learned, & philanthropic work.

Lois Robbins is a native New Yorker and accomplished actress. Lois recently shot the independent filmThe Aspern Papers, in Venice, Italy alongside Vanessa Redgrave, Jolie Richardson, and Jonathan Rhys Meyers. She also stars in the film Shepherd, which filmed in Budapest in 2017, directed by Lynn Roth, and the feature One Nation Under God with Casper Van Dien, Kevin Sorbo, and Antonio Sabato Jr. Lois will also be starring in the feature YA adventure film Montauk alongside Molly Ringwald. She can be seen starring in the independent films Blowtorch, opposite Billy Baldwin, Kathy Najimy and Armand Assante, Juvie alongside Eric Roberts, and in Ithaca, Meg Ryan’s directorial debut with Sam Shepherd, Melanie Griffith, and Meg Ryan.

On the stage Lois has starred in two world-premiere musical comedies: My History of Marriage, by Academy Award and two-time Grammy winner David Shire, Lee Kalcheim and Samuel Kalcheim presented by the 2011 New York Music Theatre Festival; and A Time for Love by David Shire and Richard Maltby, Jr. at the Rubicon Theatre Company at the Roundabout Theater’s Black Box. She also starred as Stephanie Dickinson in Cactus Flower at the Westside Arts Theater produced by Daryl Roth. In the fall of 2019, Lois starred in her self-penned one-act comic play titled: L.O.V.E.R. The play is a riff on childhood, adolescence, and finally adulthood from a grown-up woman’s point of view. Directed by Karen Carpenter, L.O.V.E.R. premiered at the Signature Theatre in New York City.

Lois has starred in productions at the Eugene O’Neil Theater Center, Goodspeed Opera, Trinity Repertory, Studio Arena Theater, Rubicon Theater, Schoolhouse Theater, and Roundabout Theater. She has also graced the silver screen in Town and Country, The Screamaker, Hudson River Blues, and Motherhood. Lois is best known for her roles on daytime television including One Life to Live, Loving, Ryan’s Hope, and All My Children. Her additional television credits include guest shots in: Sex And The City, Law & Order, Kingpin, Once And Again, Law & Order SVU, and Blue Bloods. Lois’ most recent television work was the recurring role of “Penelope” on Younger.