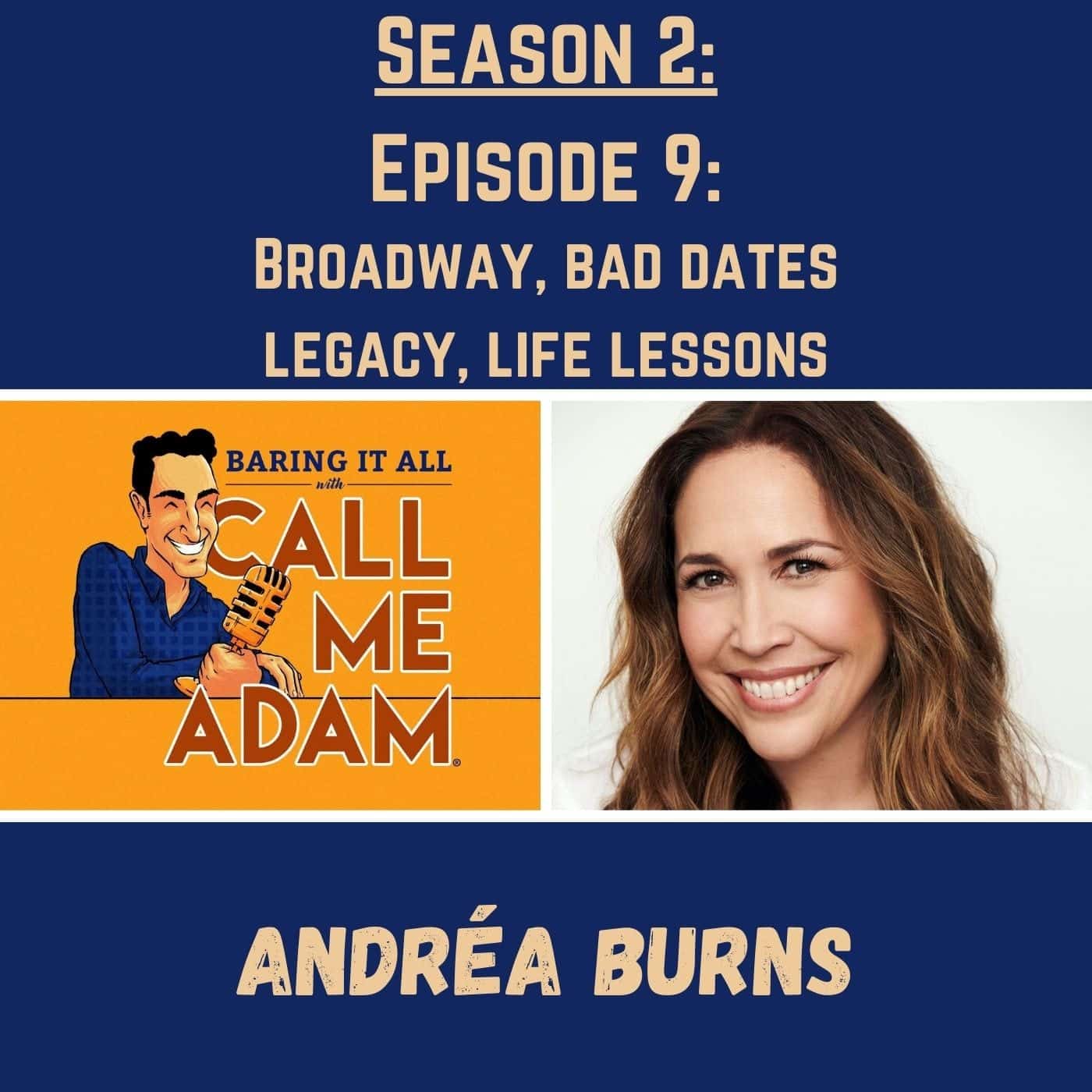 Broadway’s Andréa Burns is Baring It All with Call Me Adam about Bad Dates, In The Heights, On Your Feet!, working with Gloria Estefan, Lin-Manuel Miranda & so much more!

Andréa Burns has lit up the Broadway stage for over two decades. Her credits include The Full Monty, In The Heights, On Your Feet! The Musical – The Story of Emilio and Gloria Estefan, & Beauty and the Beast.

Andréa Burns received an Outer Critics Circle Award Nomination for her portrayal of “Gloria Fajardo” in Broadway’s On Your Feet! She is a winner of a Drama Desk Award for her creation of the role of “Daniela,” the saucy hairdresser in Lin-Manuel Miranda’s Tony Award-winning musical In The Heights.

Andréa began her career touring the opera houses of Europe as Maria in West Side Story when she was 18 years old. She has appeared on Broadway as “Belle” in Disney’s Beauty and the Best, as “Vicki Nichols” in The Full Monty, as “Googie Gomez” in The Ritz and has sung concerts at Carnegie Hall. Andréa starred opposite Nathan Lane on Broadway in the Lincoln Center production of The Nance which subsequently broadcast on PBS’ Great Performances. Andréa was in the original company of Jason Robert Brown’s critically acclaimed Songs for a New World, the national tour of Parade (directed by Harold Prince) for which she received a Touring Broadway Awards nomination for Best Actress. Andréa has become one of the foremost interpreters of Jason Robert Brown’s work. She was also selected by Stephen Sondheim to create the role of “Celeste” in his musical Saturday Night in its New York premiere.

Andréa’s debut solo album A Deeper Shade Of Red was described by Playbill as “superb on all counts.” “100 Stories,” a single she co-wrote with her brother, music producer Mike Burns, rose to the #2 spot on the 2006 Billboard Hot Dance Club Play charts. A favorite at 54 Below Broadway Supper Club, Andréa performs her one woman show all over the world, which has been hailed by the New York Times as “ uproarious, ebullient and playful.”

Andréa can be heard on the original cast recordings of On Your Feet!, In The Heights, Songs for a New World, This Ordinary Thursday – The Songs of Georgia Stitt, Saturday Night, It’s Only Life, Dear Edwina, Shine, Broadway Bound, & Broadway Musicals of 1953.

Andréa is married to director Peter Flynn. Their son, Hudson, is featured on the cover art of her solo album, A Deeper Shade of Red.