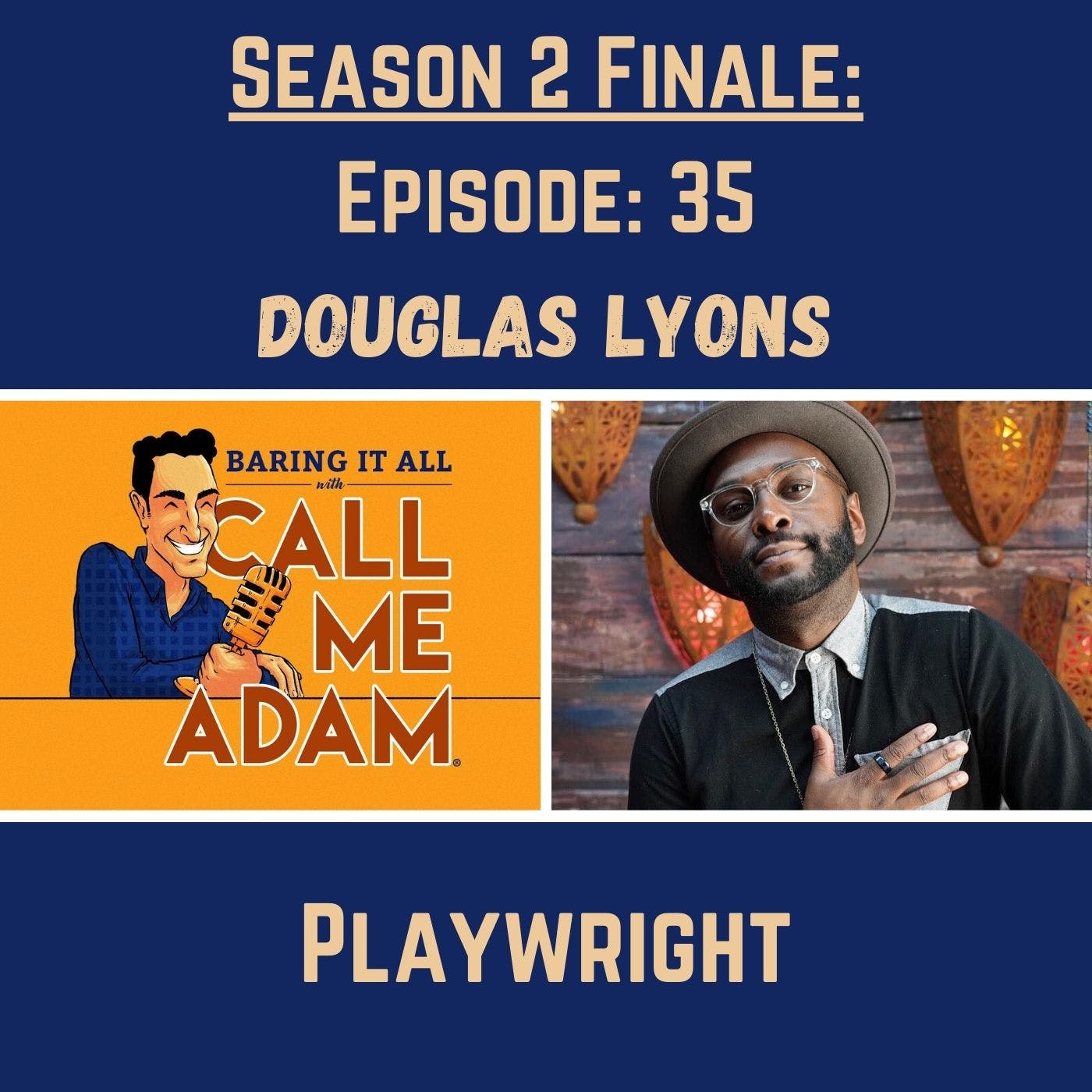 I can’t think of a better way to end my second season than by interviewing Douglas Lyons. From acting to playwriting to a love of gummy bears, Douglas Lyons is a multi-hyphenate whose hilarious new and heart-felt play, Chicken & Biscuits makes its Broadway debut this fall from September 23, 2021-January 2, 2022

While Douglas has already been seen on Broadway as an actor in Beautiful: The Carole King Musical & The Book of Mormon, Chicken & Biscuits marks Douglas’ Broadway debut as a playwright.

Douglas Lyons is an actor, writer, director, composer, and playwright originally hailing from New Haven, CT. Finding his song in the church led him to acting in the theatre. Which landed him on Broadway, and eventually opened his eyes to writing. As a multi-hyphenate, Douglas is drawn to telling Black and queer stories that illuminate joy. He has a soft spot in his heart for empowering children through music, and devouring gummy bears.