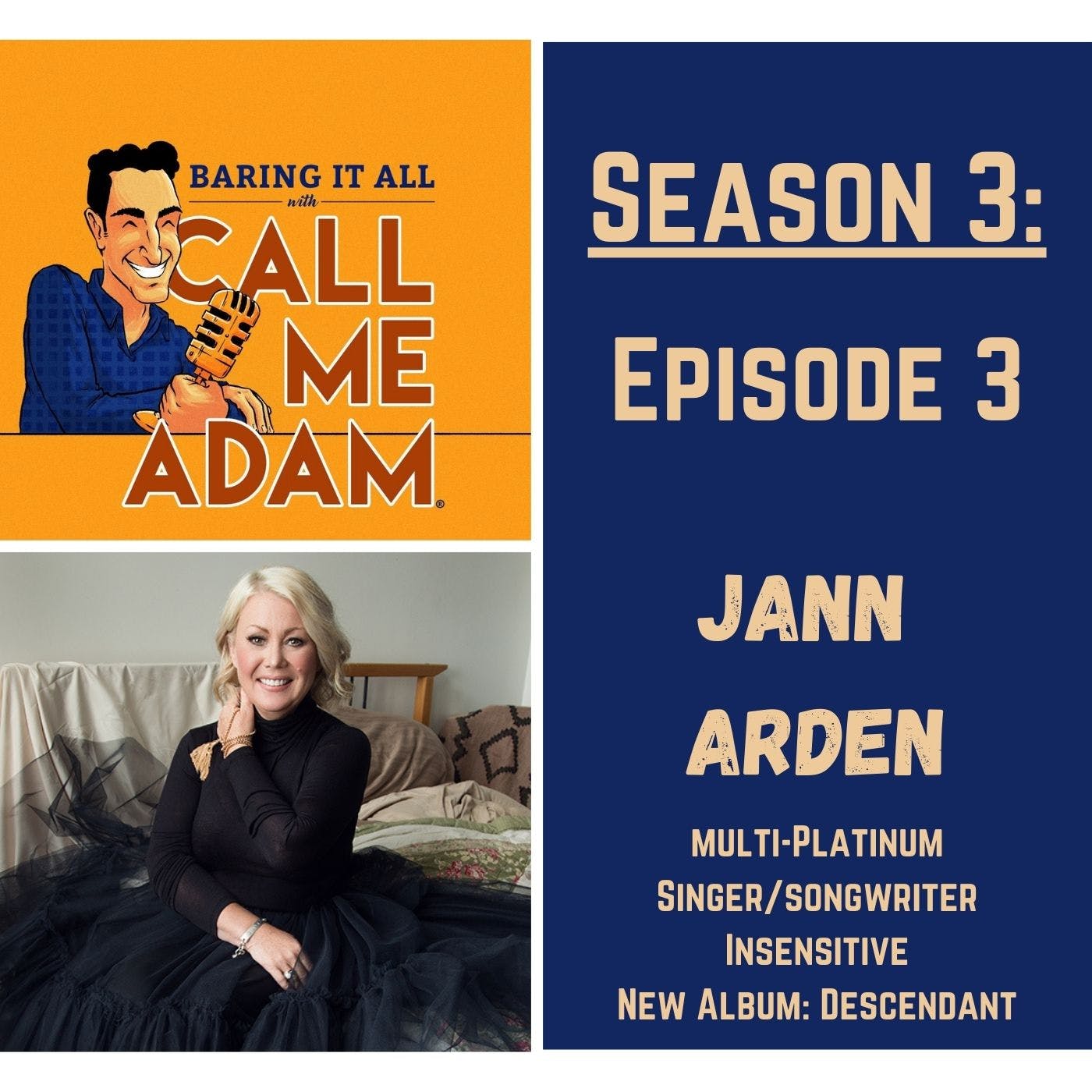 Today, I am back in the closet, where I conduct all my Celebrity and Broadway interviews. I am chatting with multi-platinum, award-winning singer, songwriter, actor & author, Jann Arden.

In this exclusive interview, Jann shares a lot of GREAT life lessons + what it’s like to record music in today’s world as we discuss her 15th studio album Descendant, which was released on JANNuary 28.

Jann’s music has “Saved” us, defined how to be “Insensitive” (how to be) and with her new album Descendant, continues to be “Unbreakable.”

Jann has won numerous awards include 8 JUNO Awards, 10 SOCAN Awards and 4 Western Canadian Music. She was inducted into the Canadian Music Hall of Fame & the Canadian Association of Broadcasters Hall of Fame. Jann has a Star on Canada’s Walk of Fame and has been awarded the Order of Canada, which is the second highest order of merit you can be awarded.

Jann Arden is a multi-platinum, award-winning singer, songwriter, actor and author. Jann has released 14 albums with 19 top ten singles. Her most recent project, Hits & Other Gems was released in September 2020 and features Jann’s hit songs “Could I Be Your Girl,” “I Would Die For You,” and a special live recording of her break-out international hit “Insensitive.”

Jann’s accolades include 8 JUNO Awards including Female Artist of the Year and Songwriter of the Year, 10 SOCAN Awards and 4 Western Canadian Music Awards to name a few. In 2020, she was announced as an inductee into the Canadian Music Hall of Fame joining the ranks of Canadian music icons including Alanis Morisette, Bryan Adams, Barenaked Ladies, Bachman Turner Overdrive, Joni Mitchell, Shania Twain and many more. Jann has also been inducted into the Canadian Association of Broadcasters Hall of Fame, has a Star on Canada’s Walk of Fame and has been awarded the Order of Canada.

Jann has written five books, the most recent being her new memoir IF I KNEW THEN: Finding Wisdom in Failure and Power in Aging, released October 2020. IF I KNEW THEN follows Jann’s 2017 Canadian best-seller, FEEDING MY MOTHER: Comfort and Laughter in the Kitchen as My Mom Lives with Memory Loss, which spent a combined 44 weeks on The Globe and Mail bestseller lists.

Season 3 of Jann’s CTV hit original comedy series JANN premiered in the fall of 2021. With Jann serving as co-creator and star of the show where she plays a fictionalized version of herself, JANN was the most-watched new Canadian comedy series of the 2018-19 broadcast season. Season 1 & 2 are available on Hulu in the United States

Whether she is captivating audiences with her heartfelt music, entertaining them with her quick wit or sharing her written word in a boldly honest voice – Jann is a Canadian original – a brilliant multi-dimensional talent.