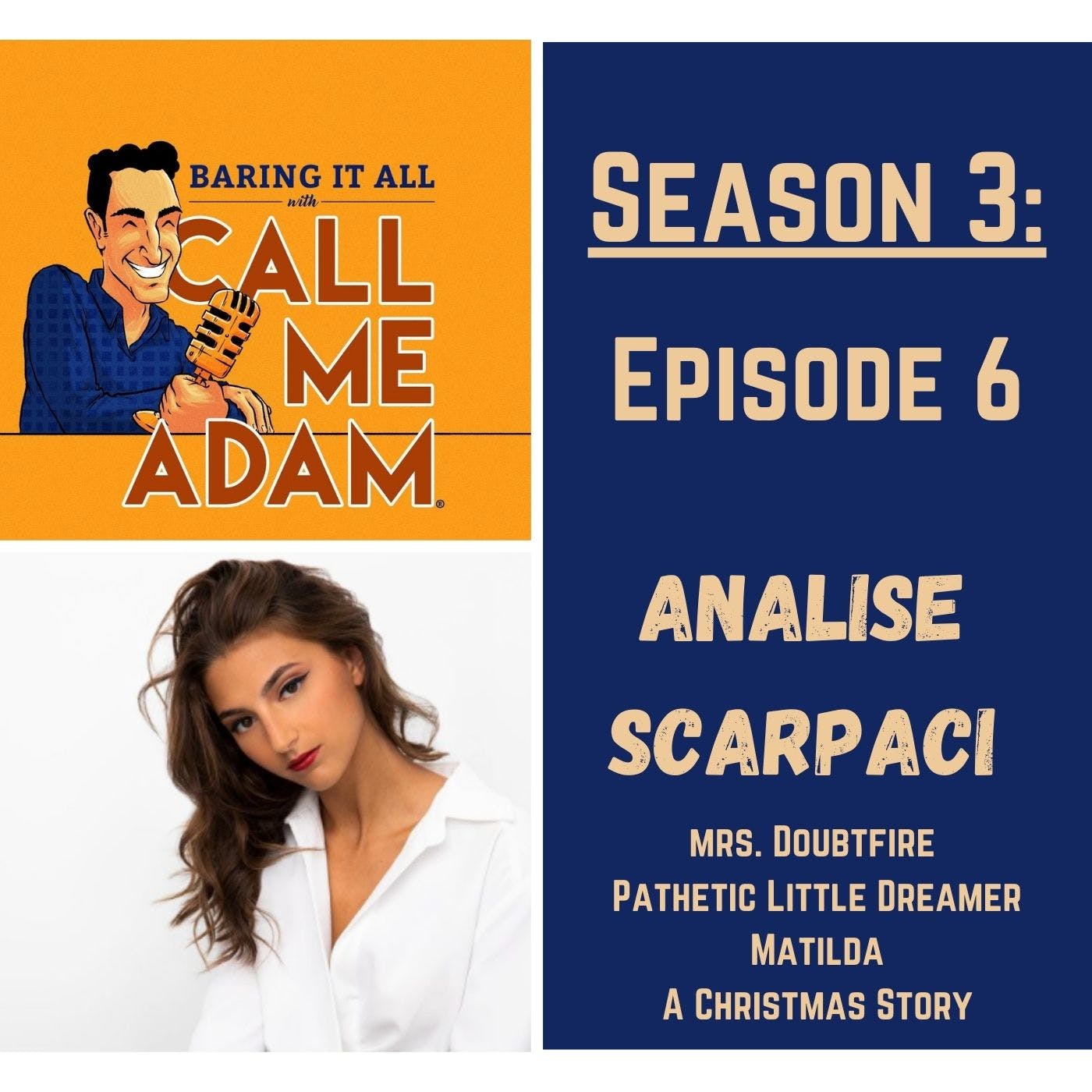 On the verge of Mrs. Doubtfire re-opening on Broadway, actress & singer Analise Scarpaci stopped by Baring It All with Call Me Adam for a fun chat about:

Mrs. Doubtfire returns to Broadway on 4/14. Click here for tickets!

﻿Analise began her professional journey on Broadway at age twelve in A Christmas Story, The Musical as Esther Jane which was shortly followed by her role as a Swing in Matilda, The Musical.

She will graduate in May 2022 with a Bachelor’s Degree in Musical Theatre.