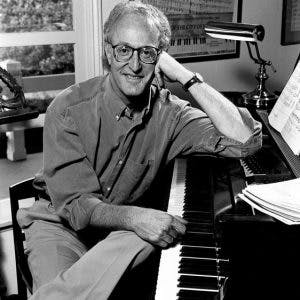 David Shire’s melodies have earned him an Oscar, a Grammy, countless Emmy and Tony nominations, as well a special place in the hearts of audiences spanning as far back as 1960. David drops by Shetler Studios to look back on his career and revisit not only such films as The Conversation, The Taking Of Pelham One Two Three, All The President’s Men, Return to Oz, Zodiac, Norma Rae, and Saturday Night Fever, but to explore his collaboration with Richard Maltby Jr that produced such musicals as Starting Here, Starting Now, Baby, Take Flight, Big, Closer Than Ever, Love Match, How Do You Do, I Love You, and The Sap Of Life. David pulls back the curtain on his career to discuss how he and Richard Maltby Jr created some of the canon’s most known works, what it was like being a rehearsal pianist on some of the Golden Age’s most iconic musicals, and why he was fired by his own brother in law! Also, David shines the spotlight on Stephen Sondheim, Barbra Streisand, and Francis Ford Coppola! Become a sponsor of Behind The Curtain and get early access to interviews, private playlists, and advance knowledge of future guests so you can ask the legends your own questions. Go to: http://bit.ly/2i7nWC4
Learn more about your ad choices. Visit megaphone.fm/adchoices