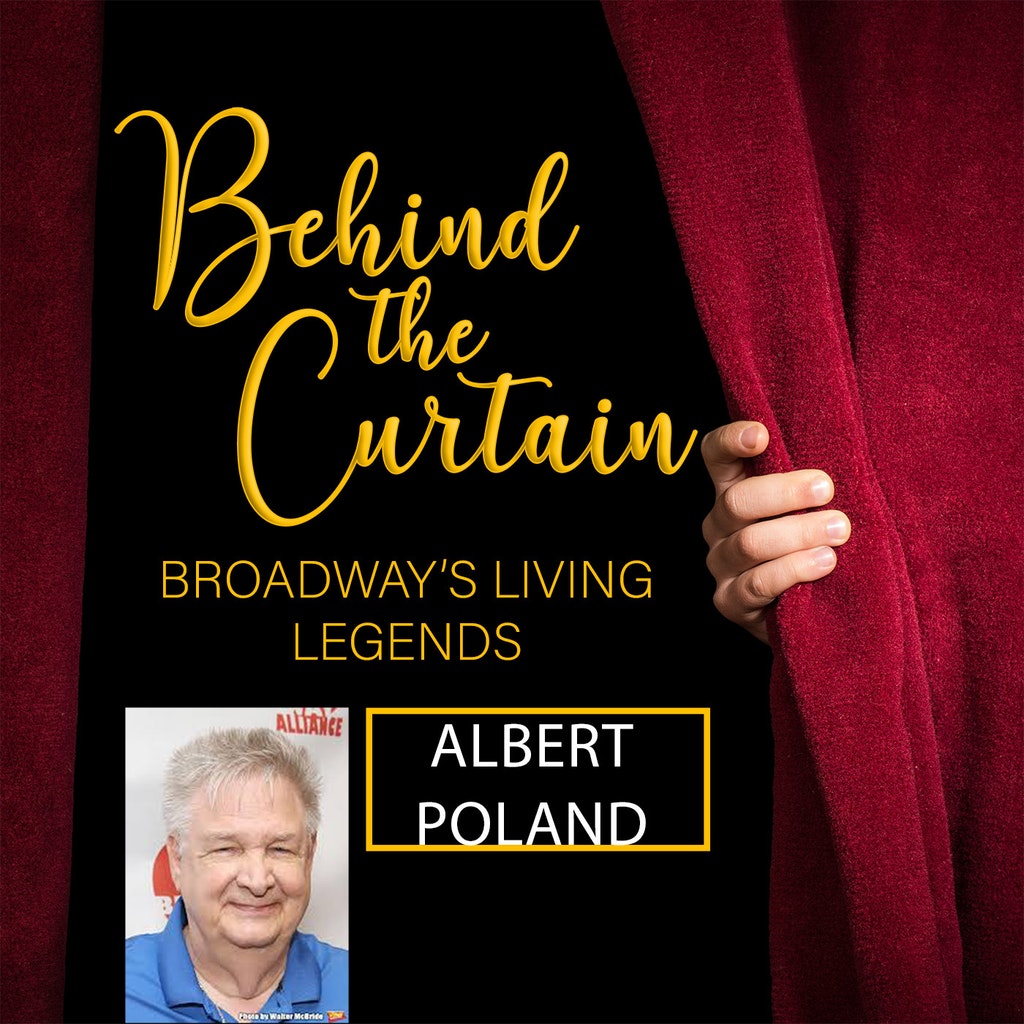 Albert Poland has long been one of the most iconic individuals in New York’s Off-Broadway theatre movement. As a general manager, the one who keeps an eye on the budget and the individual who has to keep all parties creative and happy, he has worked on almost 100 different productions including The Homecoming, Talk Radio, Glengarry Glen Ross (Tony Award, Best Revival), Hugh Jackman in The Boy From Oz, Long Day’s Journey Into Night (Tony Award, Best Revival), and Gore Vidal’s The Best Man, Dirty Blonde, The Last Night of Ballyhoo (Tony Award, Best Play), The Grapes of Wrath (Tony Award, Best Play), As Is (Drama Desk Award, Best Play), The Price, the original productions of Little Shop of Horrors (Drama Critics, Drama Desk, Outer Critics Best Musical), Steel Magnolias, and One Mo’ Time as well as Bill W. and Dr. Bob, Steve Martin’s Picasso at the Lapin Agile (Drama Desk, Best Play), Uta Hagen in Mrs. Klein, Eileen Heckart in The Waverly Gallery, Always Patsy Cline, Sam Shepard’s A Lie of the Mind (Drama Critics, Drama Desk, Outer Critics Best Play), Vanities, David Mamet’s A Life in the Theatre, The Neon Woman, Tommy Tune Atop the Village Gate, Let My People Come, Stephen Sondheim’s Marry Me a Little and Tom Lehrer’s Tomfoolery. Mr. Poland operated the Astor Place Theatre from 1977 through 2000, during which time it was host to such long runs as A Coupla White Chicks, The Dining Room, The Foreigner, and Blue Man Group. He is the Co-Editor/Author, with Bruce Mailman, of The Off-Off Broadway Book published in 1972 by Bobbs-Merrill. As a performer, he appeared at Carnegie Hall, La Mama, Judson Poets Theater and the Village Gate. Mr. Poland’s first venture in show business was as the founding president of The Official Judy Garland Fan Fan Club in 1955.

Albert pulls back the curtain on his career to discuss how he chatted up Judy Garland, what it was like creating theatre during the height of the AIDS epidemic, and why he knew Little Shop of Horrors would be brilliant.