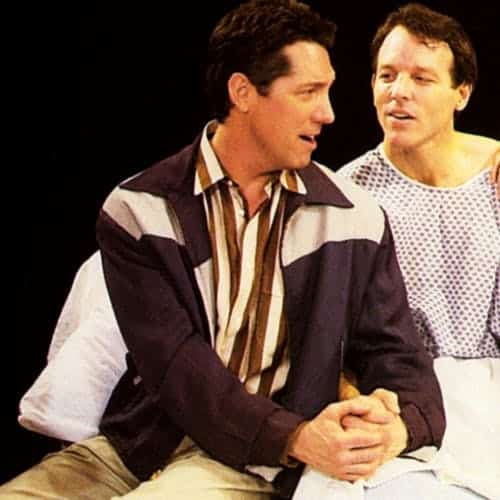 We are starting 2017 off with a bang: A 2 hour interview with the Tony Award winning Michael Rupert, who has been in the business for over fifty years! Michael pulls back the curtain on his amazing career which includes working as a child actor in TV shows like My Three Sons, getting a Tony nomination as a teenager for The Happy Time, the existential crisis of taking over for Pippin in the 70s, winning a Tony Award in the 80s for Sweet Charity, bringing comfort to many as Falsettos’ Marvin in 90s, and being introduced to a whole new generation through Legally Blonde in the 2000s. Also, Michael discusses how his kindness won over Gower Champion, the art of Bob Fosse’s manipulation, and the difference between West Coast and East Coast audiences. Plus: Jerry Mitchell’s rehearsals, William Finn’s genius, and in depth discussions on two of our favorite musicals 3 Guys Naked From The Waist Down & Mail.
Learn more about your ad choices. Visit megaphone.fm/adchoices