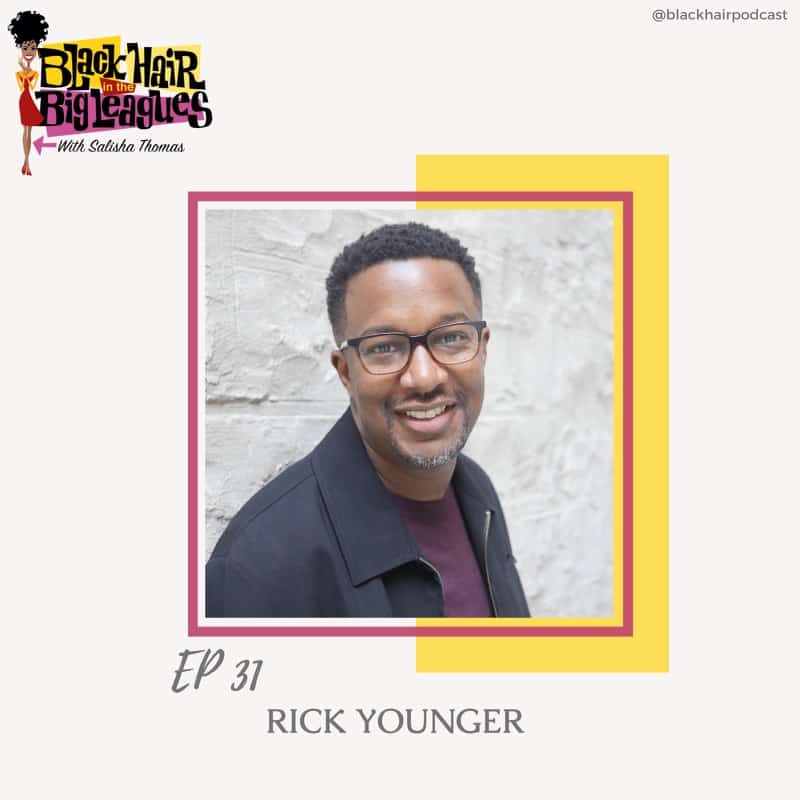 Broadway’s Rick Younger was on hiatus from starring in Meangirls as Mr. Duvall at the time of this recording due to the pandemic. Since this time, Meangirls has announced its official closing on Broadway but Rick hasn’t slowed down a bit! He’s been booking national commercial after national commercial, filmed for The Last OG with Tracy Morgan, as well as doing a whole lot of writing. In addition to these creative outlets, he’s a professional standup comedian and…a FATHER! He’s got two biracial children and his journey with his daughter’s hair is insightful.