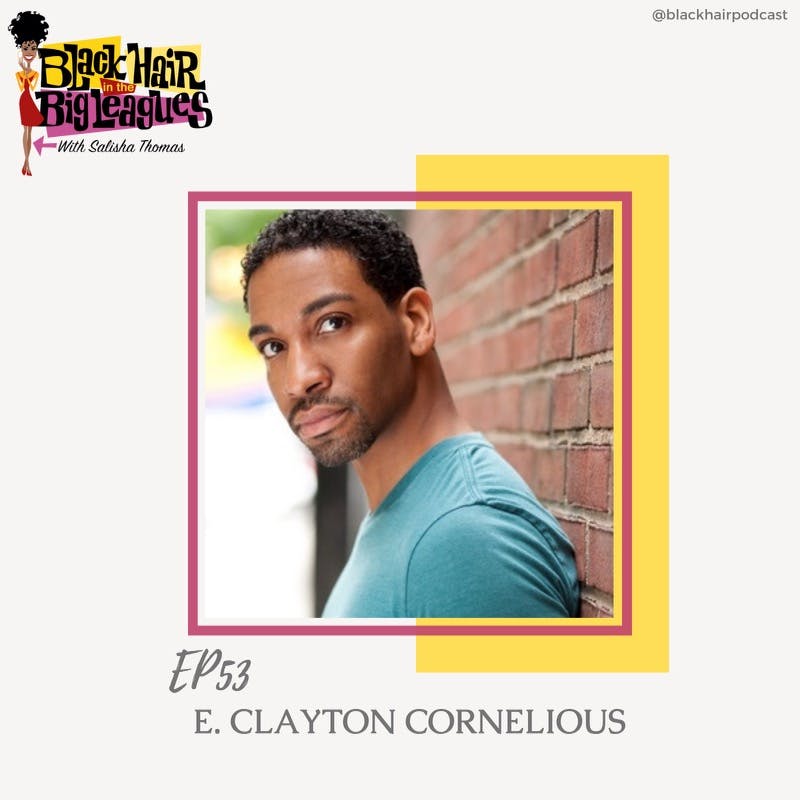 Featured on today’s episode, host Salisha chats with E. Clayton Cornelious who is a Pittsburgh native and a 22-year Broadway veteran. He recently received the, “Legacy Robe” for his role in the Broadway hit, Ain’t Too Proud: The Life and Times of the Temptations.  In Addition to all of his theatre credits, he is a 3-year Broadway Investor/Producer and a proud member of BIV (Broadway Inspirational Voices) and a proud graduate of Point Park University.

E. Clayton shares how he wants to keep going and keep making his family proud by trying to do more and have his hands in everything. He was called the ‘First Black’ because he used to be the youngest in a cast and now he’s the oldest. He takes pride in sharing about his dad who taught him a lot of important things in life. His father was his coach who taught him to reach for the stars. Even not having a college degree, his dad runs businesses where attorneys are calling him for advice and served as the national president of a beverage association.

He also shares how he get into financial shape and positioned himself where he is now where he advices aligning yourself with something that you’re not necessarily passionate about but something that you do well in an industry. Stick to that for a long while so that you have an upper hand in that industry. Then start funding yourself for the future, as for E. Clayton, he invested and produced which is what he wanted to do.

E. Clayton also mentioned that being a black man has actually helped him in a lot of ways. He hopes to see more black women coming up the pike because that’s what the show ‘Chicken and Biscuits’ is all about, which is supporting black women and their superiority.