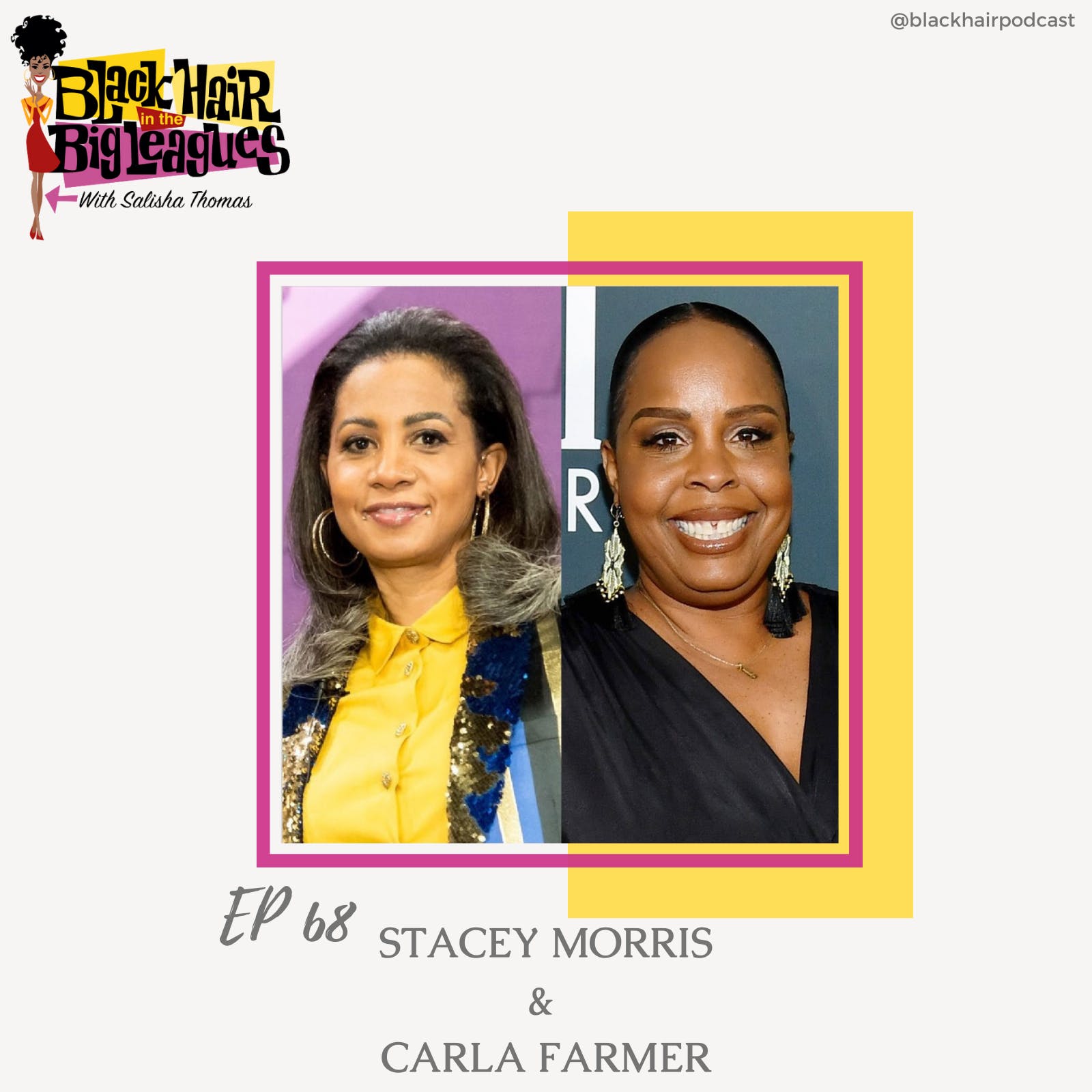 Stacey Morris (@staceykutz) and Carla Farmer join Black Hair in the Big Leagues. Both have been on the shortlist for the Oscars twice for their Hair designs in Coming 2 America and Dolemite. Host Salisha Thomas sits down with the two of them to talk about their personal hair journeys and professional journeys in the Television and Film industry.

Stacey Morris has been nominated for five Emmy Awards and four MUAHS Awards (Makeup Artist and Hair Stylists Guild Awards). She was also the Hair Department Head for Coming 2 America, and her other film credits include Sylvie’s Love, Bad Hair, Gone Girl, Norbit and Dreamgirls. She is also the standing barber on several TV series including America’s Funniest Videos, Black-ish, and The Voice.

In 2020, Stacey was Oscar-shortlisted and nominated for a Critics Choice Award for her work on the film Dolemite Is My Name. Stacey’s styles executed in Dolemite Is My Name appeared on exhibit in September 2021 at the newly curated Academy Museum of Motion Pictures in Los Angeles. In 2021, Stacey made the Oscar shortlist again for her Afro-punk inspired hairstyles featured in Coming 2 America.

Carla Farmer was recently shortlisted for the Academy Award for Best Makeup and Hairstyling as the co-hair department head of Coming 2 America starring Eddie Murphy. She made the Oscars shortlist for the first time in 2019 as the co-hair department head of Dolemite Is My Name, for which she was also nominated for a Critics Choice Award. Carla’s styles executed in Dolemite Is My Name appeared on exhibit in September 2021 at the newly curated Academy Museum of Motion Pictures in Los Angeles.

In addition to film, Carla earned an Emmy nomination for Outstanding Hairstyling for her work as Brandy’s hair stylist in Rogers & Hammerstein’s Cinderella.

Her work can be seen across a wide range of programming from dramas such as Netflix’s hit series 13 Reasons Why and ABC’s Grey’s Anatomy, to comedies such as Workaholics and Scary Movie 2, and live shows such as Jimmy Kimmel Live and America’s Got Talent.