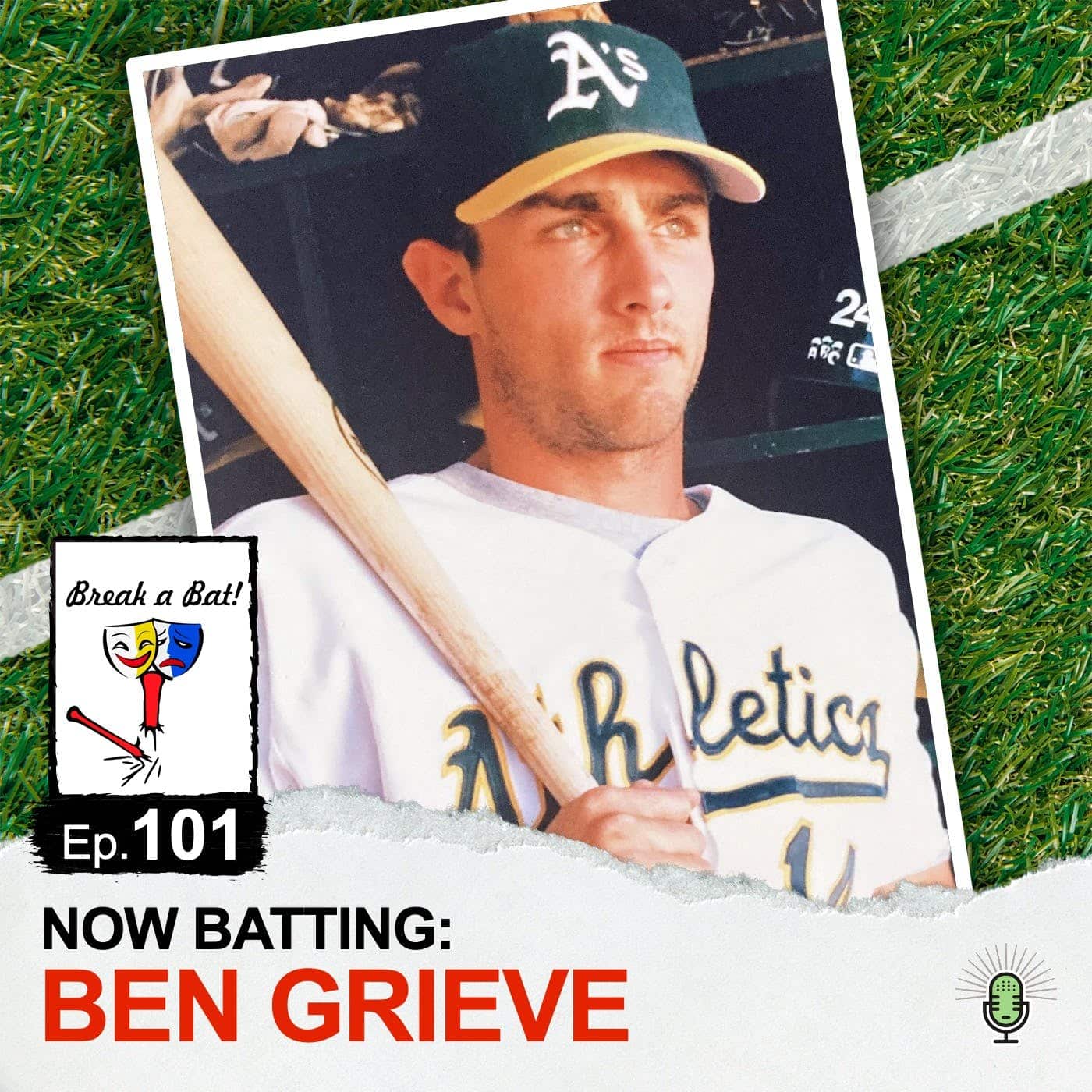 With the MLB pennant race in full swing, Ben Grieve steps into The Batter’s Box for Episode 101! Grieve’s 9-year career in the big leagues spanned 1997-2005 and was highlighted by an All-Star Game selection in 1998, American League Rookie of the Year honors, and a 104 RBI season in 2000. This week he revisits his glory days on the field, with some great stories about coming up through the Oakland A’s system as a highly-touted prospect and having an immediate impact on his cast. We also discuss the challenges Grieve faced playing the game clean in “The Steroid Era,” the memorable 2000 Division Series that was played under the bright lights of Broadway, and even the musical Grieve would most like to star in!