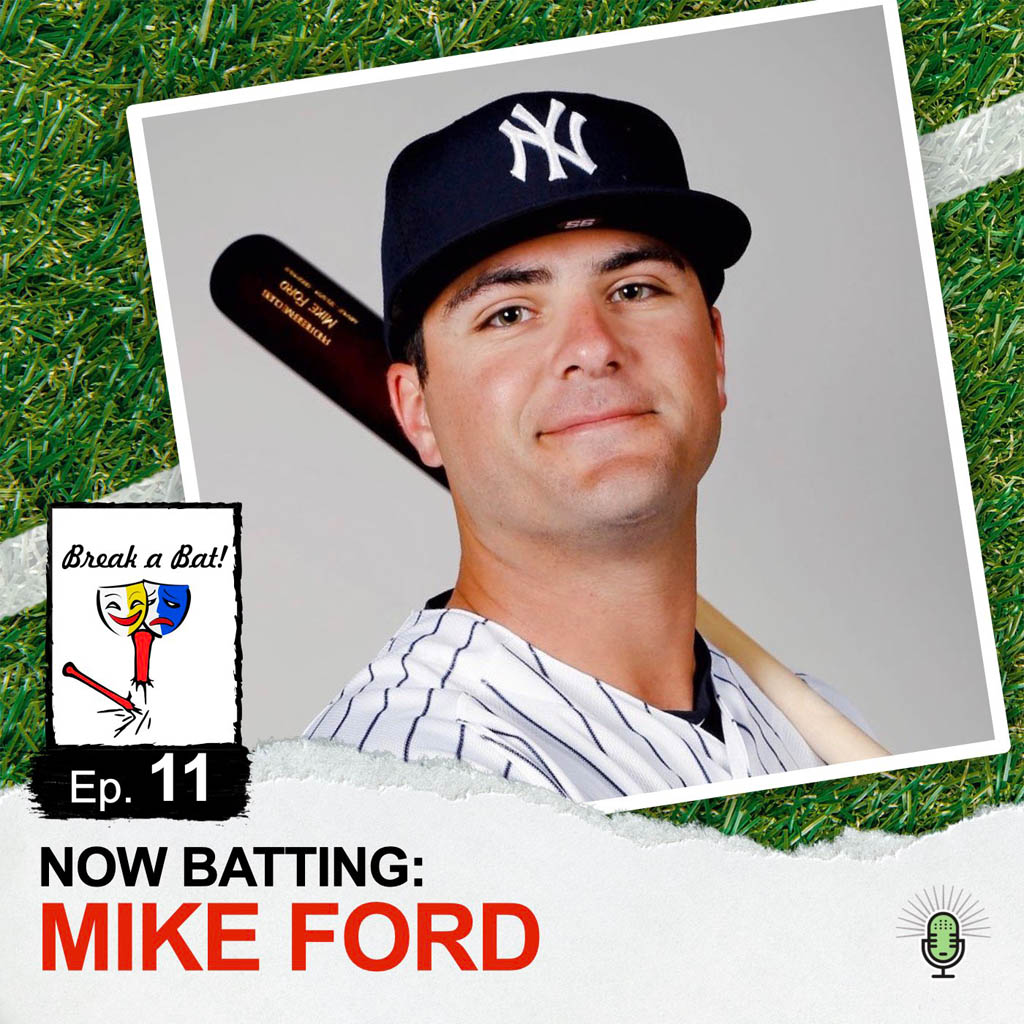 Mike Ford, 1st baseman for the New York Yankees, steps into the Batter’s Box for Episode 11 of Break a Bat! As the old saying goes, “the show must go on,” and the 2019 production of the New York Yankees was no different. A record-setting number of injuries to key cast members put the show in peril early, and the team’s strong battalion of understudies came ready to respond. Mike Ford is a rising Broadway star who not only seized that opportunity, but ran with it by displaying fantastic lefty power and plate discipline during the heat of a pennant race – the baseball equivalent of a show’s late season push for the Tony Awards. In this episode, Mike reflects on an outstanding rookie season, and his outlook on manning the prime real estate of being a starting 1st baseman on Broadway. He even draws some parallels to how the Yankees’ clubhouse isn’t all that different from the backstage dynamic for a Broadway production.