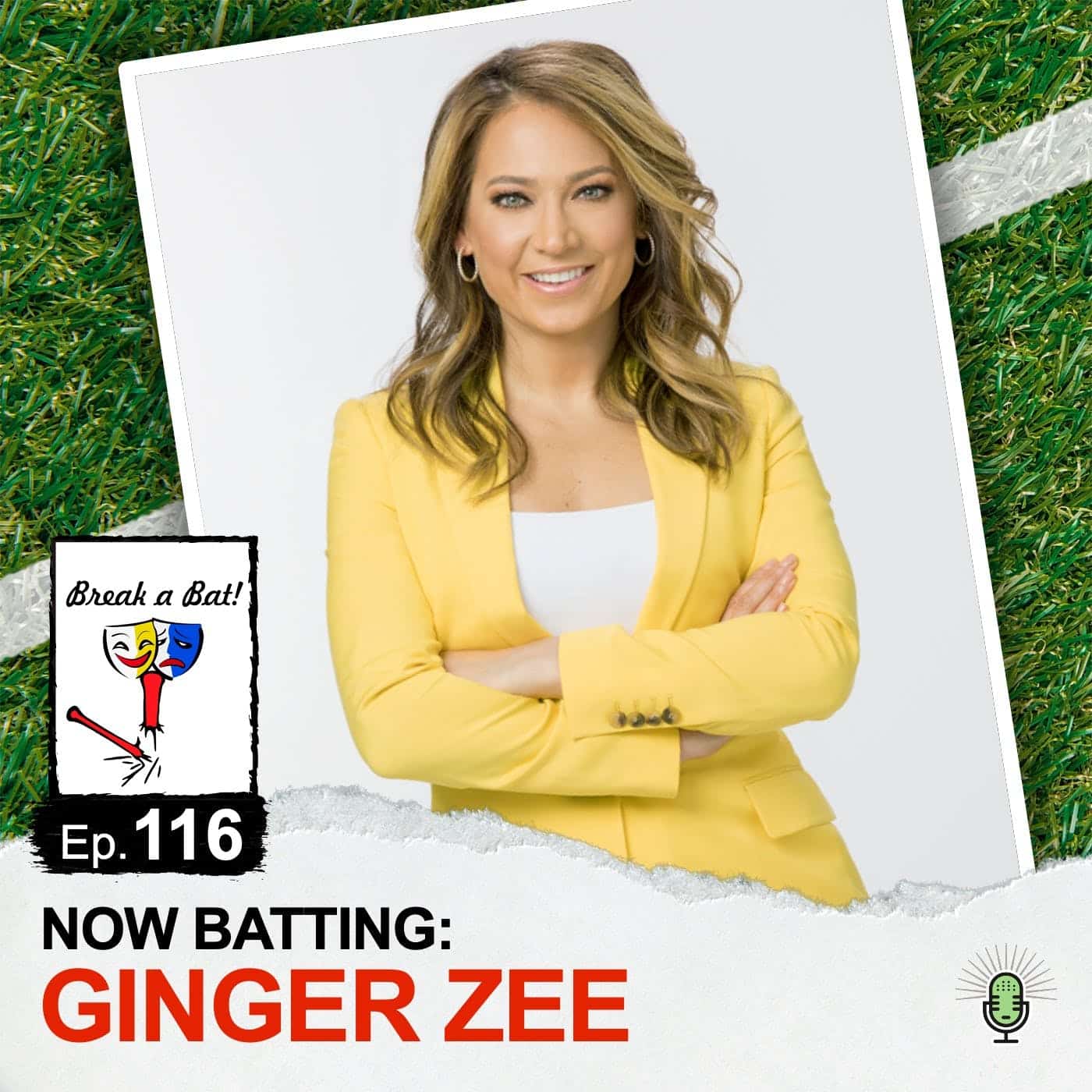 In our first at-bat of the 2022 season, Ginger Zee steps into The Batter’s Box! As the Chief Meteorologist for ABC News, Zee has forecasted and reported the nation’s weather on Good Morning America and World News Tonight for nearly a decade. In doing so, she has endeared herself to audiences worldwide as a light that goes far beyond what we see on-screen, and one that we need now more than ever – especially when it comes to the subject matters she’s tackling in her all-new book A Little Closer to Home: How I Found the Calm After the Storm. The book is published by the fine folks at Disney Books and is now available for purchase here.

When she opened her life to readers in her first book Natural Disaster, the response was enormous. She put a very relatable if not surprising face on depression and has helped lessen the stigma surrounding mental health issues. But as Zee says, Natural Disaster was “Ginger Lite” and only scratched the surface. In this moving follow-up, she shares her truest self. She spent most of her life shielding her vulnerabilities from the world all while being a professional people pleaser. Her stormy childhood, her ongoing struggles with crippling depression, her suicide attempts, and many other life experiences will resonate with readers who are likely to see themselves along the way.

This week, she joins host Al Malafronte to talk all about the new book, and some of the experiences that drove her to open up in such a personal way, as she continues to heal from her trauma on a daily basis. This conversation is above and beyond inspiring, and it was so fascinating to hear her speak with such honesty. It was also particularly interesting to hear how her athletic background and mindset play into her triumphs in healing. In addition to the serious subject matters discussed in our chat, it wouldn’t be a day in The Batter’s Box without a special round of Fastball Derby, where Zee told some phenomenal stories about her baseball and theatre fandom, and even hinted at some eventual Broadway aspirations!