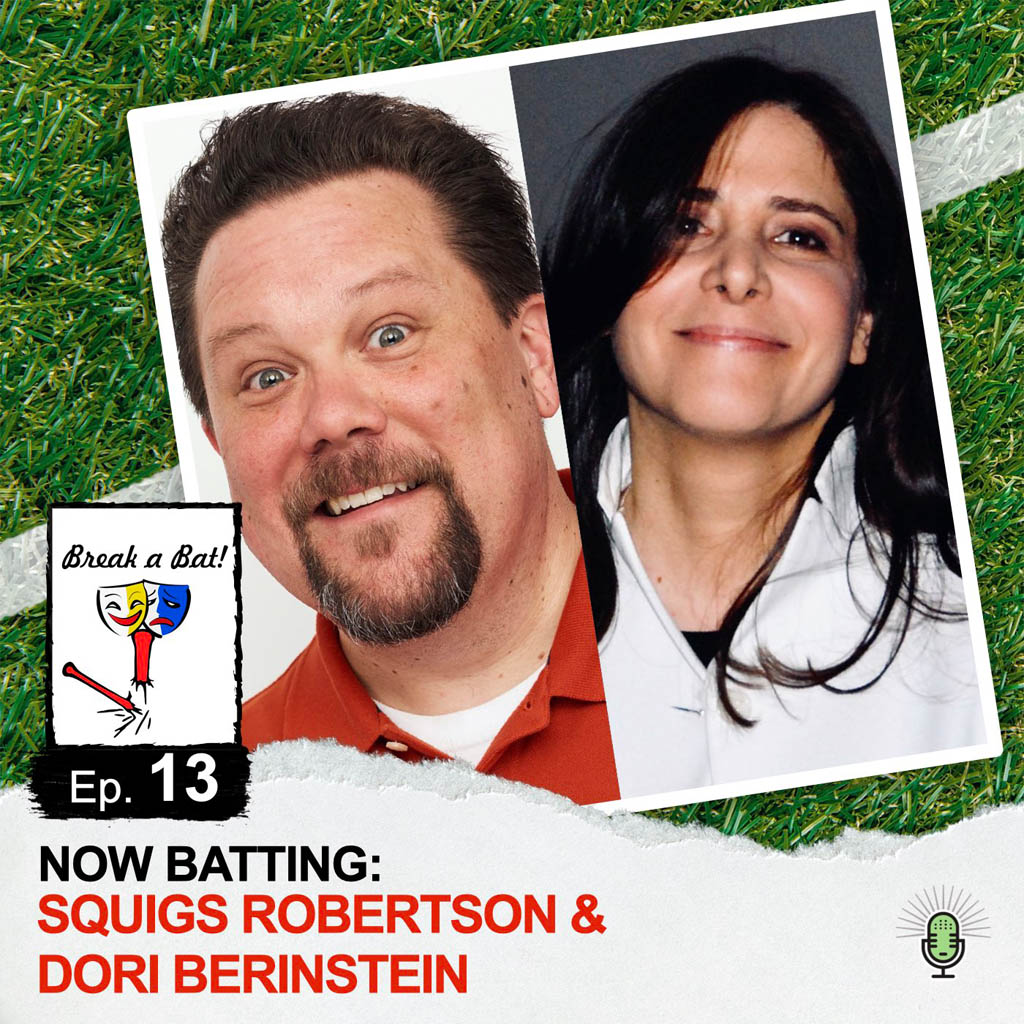 An underlying message of Break a Bat! is the many similarities of playing professional baseball and acting on Broadway. Since 2015, Broadway shows, actors, actresses, and members of the community have been highlighted in the same way as All-Stars on baseball cards — appearing on Broadway’s very own set of trading cards: The Lights of Broadway Show Cards!

The cards were born out of the minds of Broadway.com’s resident artist Justin “Squigs” Robertson, and 4-time Tony Award winning producer, Dori Berinstein, which coincidentally stems back to their passion for baseball cards. In this episode, the two discuss their chance encounter at the Broadway Flea Market that brought them together, the birth of their product that has set collectors abuzz, and some of the stories that make Lights of Broadway so special.

The magnificent art depicted on each card is unique, and captures the essence of shows and everyone involved in the Broadway community. Another special facet of these cards is the spirit behind them, as Lights of Broadway has now donated close to $100,000 to charities such as: Broadway Cares, The Actors Fund, The Trevor Project, among others – all through the sale of their cards. Now apart of the Broadway community fabric, they’ve just launched a new line of cards celebrating the Broadway production of Moulin Rouge! that make the perfect holiday gift. They even have some big things in the works for 2020 which they also discuss in this episode.

Al was sure to incorporate some baseball undertones per usual. With a pack of Topps baseball cards at stake, this led to a very fun and suspenseful edition of this week’s trivia contest.

For more information on The Lights of Broadway Show Cards, be sure to visit them online at their website:

You can also find them on social media:

In addition to seeing Squigs’ work on Broadway.com, you can also find him on Instagram: @squigsrobertson

You can also hear more from Dori Berinstein on the Broadway Podcast Network with her newly-launched podcast, Deep Dive Broadway, and follow her on Instagram: @dori.berinstein