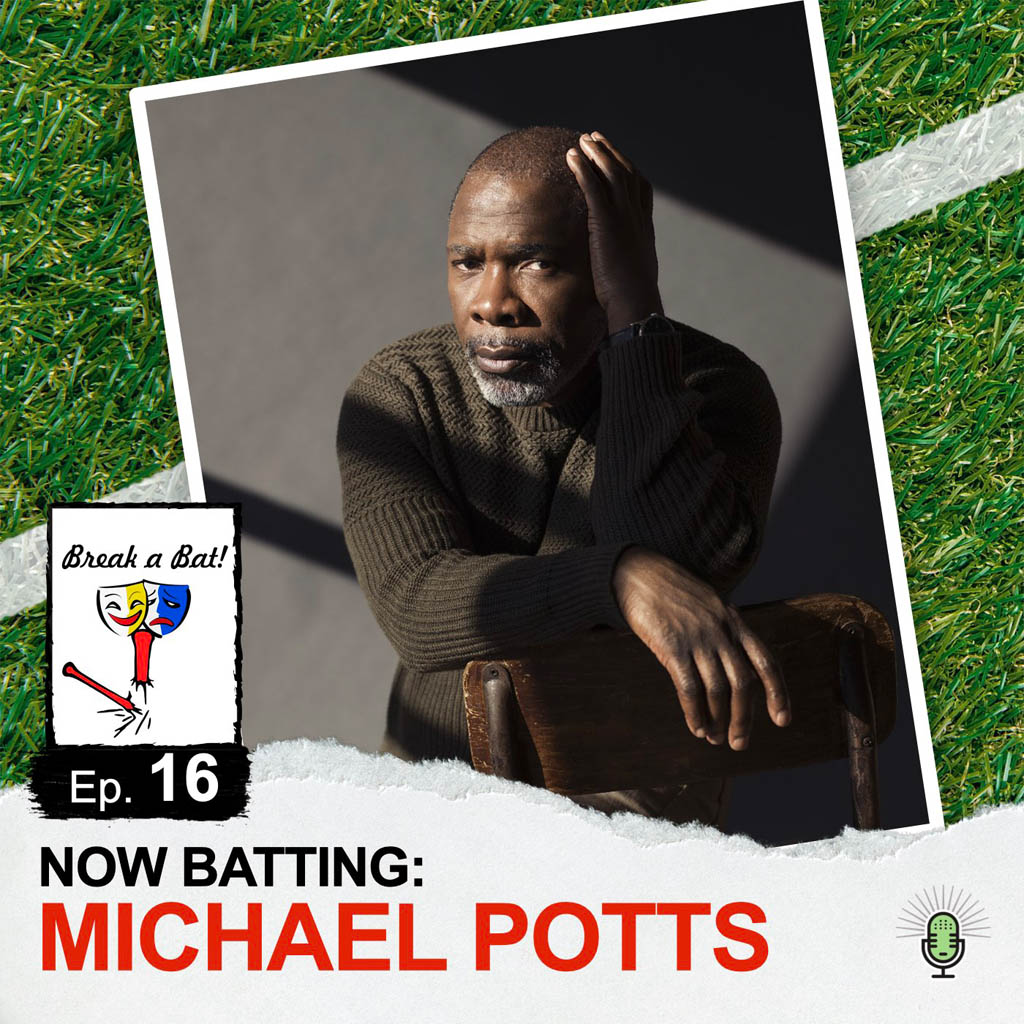 Michael Potts steps into the Batter’s Box to chat with host Al Malafronte and producer Alan Seales in Episode 16 of Break a Bat! Michael is an Obie Award Winner, and one of the most esteemed and versatile actors in the game. He takes the boys through his processes and views towards acting that’ve produced some extremely memorable performances both on stage and on screen.

With an acting career that began via a secret application to the Yale School of Drama, Michael has since gone onto master authentic embodiment of characters that’ve spanned iconic performances such as Brother Mouzone in HBO’s The Wire, Mafala Hatimbi in The Book of Mormon, and Principal Hawkins in The Prom.

With a Class Act reputation on stage and off, it only seems fitting to parallel his master of craft to that of Derek Jeter. With the legendary Yankee Captain’s upcoming induction to the Baseball Hall of Fame later this month, Michael offers poignant perspective on what embodies greatness either in acting or athletics.