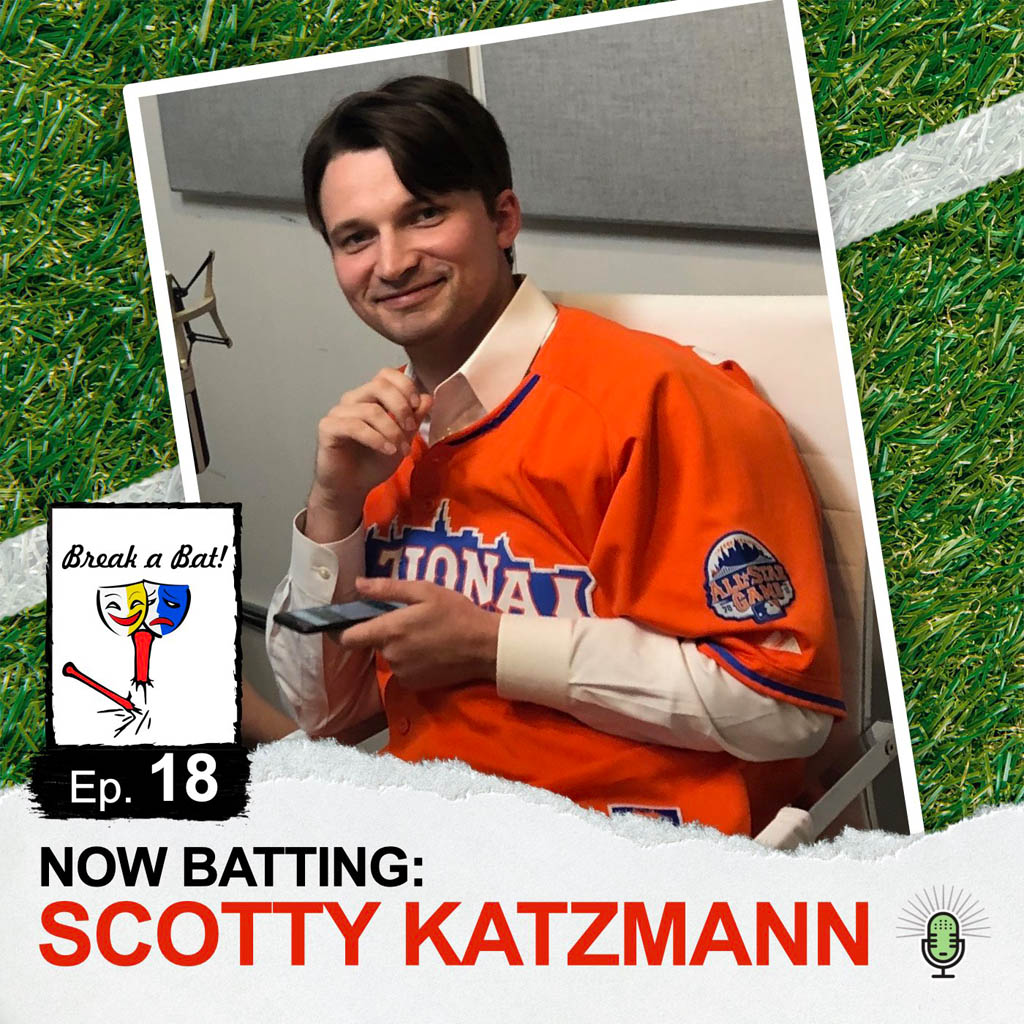 It’s a Break a Bat! roundtable! In this week’s episode, our host Al Malafronte calls some All-Star panelists to the Batter’s Box to discuss all things topical in the baseball and Broadway world.

Co-captaining the panel alongside Al is someone who’s been instrumental in the the baseball and theatre crossover world. With diverse experience in both acting and athletics, his knowledge and expertise on both fronts is truly invaluable. It’s with great pleasure to reintroduce Scotty Katzmann to the Batheads, as our special guest in Episode 18. Scotty is one of the co-founders of Break a Bat!, and the show’s original co-host going back to when it was recorded in Al’s apartment while the two would order a pizza and watch the Yankee game during the spring and summer of 2019. Although a lot has changed with the podcast since his last BPN co-hosting appearances in Episodes 1 and 5, its spirit in which he helped create remains fully in tact, and that shines through in this episode.

Also joining Al and Scotty on the panel were:

Ellen Adair: Ellen is a veteran in the acting world who has an “unhealthy obsession with baseball,” as she reveals in this episode. Her acting credits include appearances on Billions, Homeland, and The Sinner, and in recent months, she’s become a regular on many fantasy baseball podcasts, as well as a guest host on the MLB Network.

Brittany Bigelow: Brittany is the host of A Broad’s Way on the BPN which explores the unpredictability of a life in the theater business and how to find your sense of self through it all. With an acting background of her own, her perspective on performance and the state of industry is both refreshing and needed.

Among the topics discussed in this episode:

• What could serve as Broadway’s equivalent of a fantasy baseball league.

• The roots of one’s passion for sports and the arts.

• Beetlejuice unjustly being kicked out of the Winter Garden Theatre.

• Al and Scotty calling the Commissioner of Major League Baseball to task over his agenda to boost TV ratings at the expense of the record books through juiced baseballs.

• How the politics of baseball and Broadway can impact its performers.

• Scotty’s love of the song ‘Barbara 2.0’ from Beetlejuice, and how he associates it with putting everything on the line in a big game.