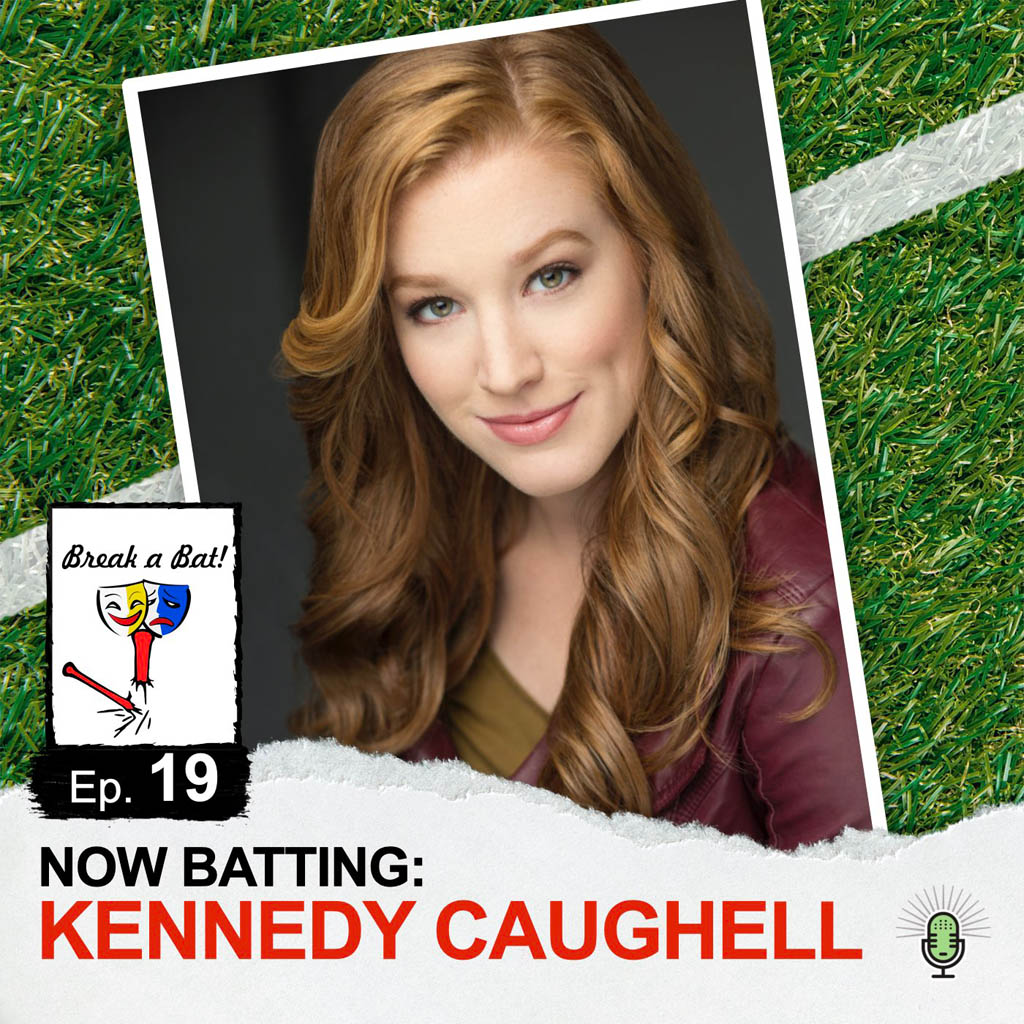 Kennedy Caughell steps into the Batter’s Box in Episode 19 of Break a Bat! Kennedy is currently hitting for some major power on the road in the touring production of Beautiful – The Carole King Musical, in which she stars as Carole King.

An Oklahoma native like Hall of Famers Mickey Mantle and Johnny Bench, Kennedy discusses why sports remain so prominent in her home state, and how her hometown of Bartlesville helped bridge the gap between athletics and the arts to help spur her interest in both. She and our host Al Malafronte even discuss how defensive alignment on the baseball field correlates to stage positioning for actors and actresses, and how vocal coaches protecting your voice mirrors the recent trend of innings-limits for starting pitchers in their development.

Many baseball players are a big fish in a small pond in high school, and the same applies to hopeful Broadway performers honing their craft upon entering college, and then arriving in New York. In an ever-changing game and industry, preparation and an ability to make adjustments is vital, which Kennedy has mastered through hard work, dedication, and a wide array of outlets.

As her time in Beautiful originally began during its Broadway run, she talks about gearing up for what’s proven to be a dream role, what goes into her portrayal of the legendary Carole King, and the profound words spoken to her by Carole herself upon meeting for the first time.

If you’re outside of New York, you may be able to catch Kennedy in a city near you, as the Beautiful tour runs through mid-June, and is this episode proves, Kennedy can hit ’em out of the park regardless of which stadium she’s playing in.