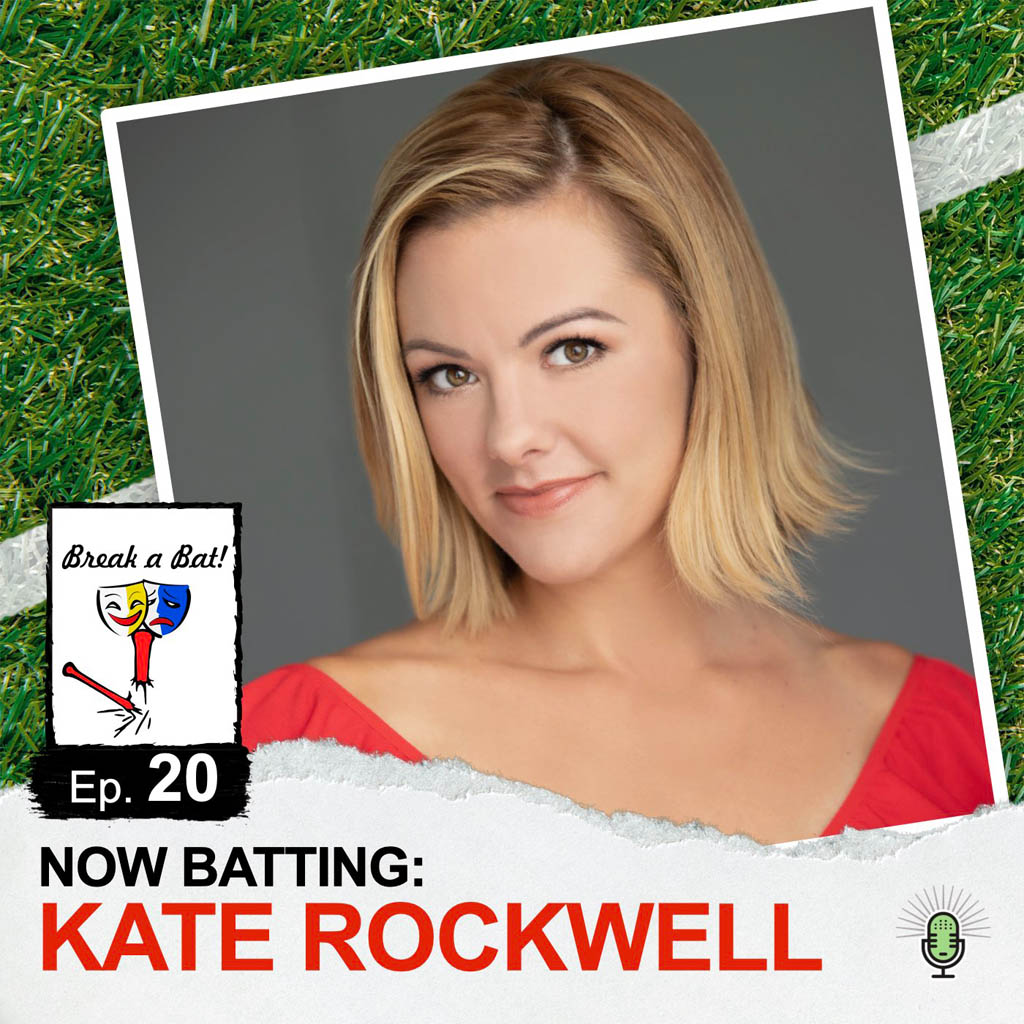 Kate Rockwell steps into the Batter’s Box in Episode 20 of Break a Bat! One of Broadway’s perennial All-Stars, Kate is currently starring as Karen Smith in Mean Girls on Broadway, and has mastered theatrical comedy as well as anyone in the game. As Kate closes in on her final weeks in the show after nearly two full years of All-Star performances, she looks back fondly on the role that she originated – which has earned her well-deserved acclaim from audiences and critics, as well as Drama Desk and Helen Hayes Award nominations.

Kate’s Broadway credits prior to Mean Girls include Legally Blonde, Hair, Bring It On The Musical, and Rock of Ages; and she has made recent appearances on television in FOX’s Almost Family. In this episode, Kate takes the boys through some perspective and stories from her decade-plus in the industry, including sharing the stage with Yankee great Mark Teixeira while starring in Rock of Ages! She also talks about “getting in the zone” to bring Karen Smith to life in Mean Girls, the escape that both baseball and theatre provide, and the importance of outlets outside of a very challenging industry – as she is certified by the Wine & Spirit Education Trust.

A signature edition of the 7th Inning Stretch Trivia also ensues, as she and the Break a Bat! crew share some big laughs over the Broadway and baseball community likening the Yankees’ All-Star closer/diva Aroldis Chapman to Regina George.

In addition to everything Kate brought to the Batter’s Box, this was an extra special recording session for our show because the whole gang was there; as our host Al Malafronte was joined by Break a Bat! producer Alan Seales, and Chris Katzmann (co-creator of Break a Bat!)

This episode ranks among our favorites to date. A very special thank you to the awesome Lori Wheat, and Her Story Branding for helping put it together.

Be sure to catch Kate during her final weeks in Mean Girls at the August Wilson Theatre through March 8th!

You can also follow Kate’s advice and expertise in the wine world on her newly launched Instagram: @broadwaywino