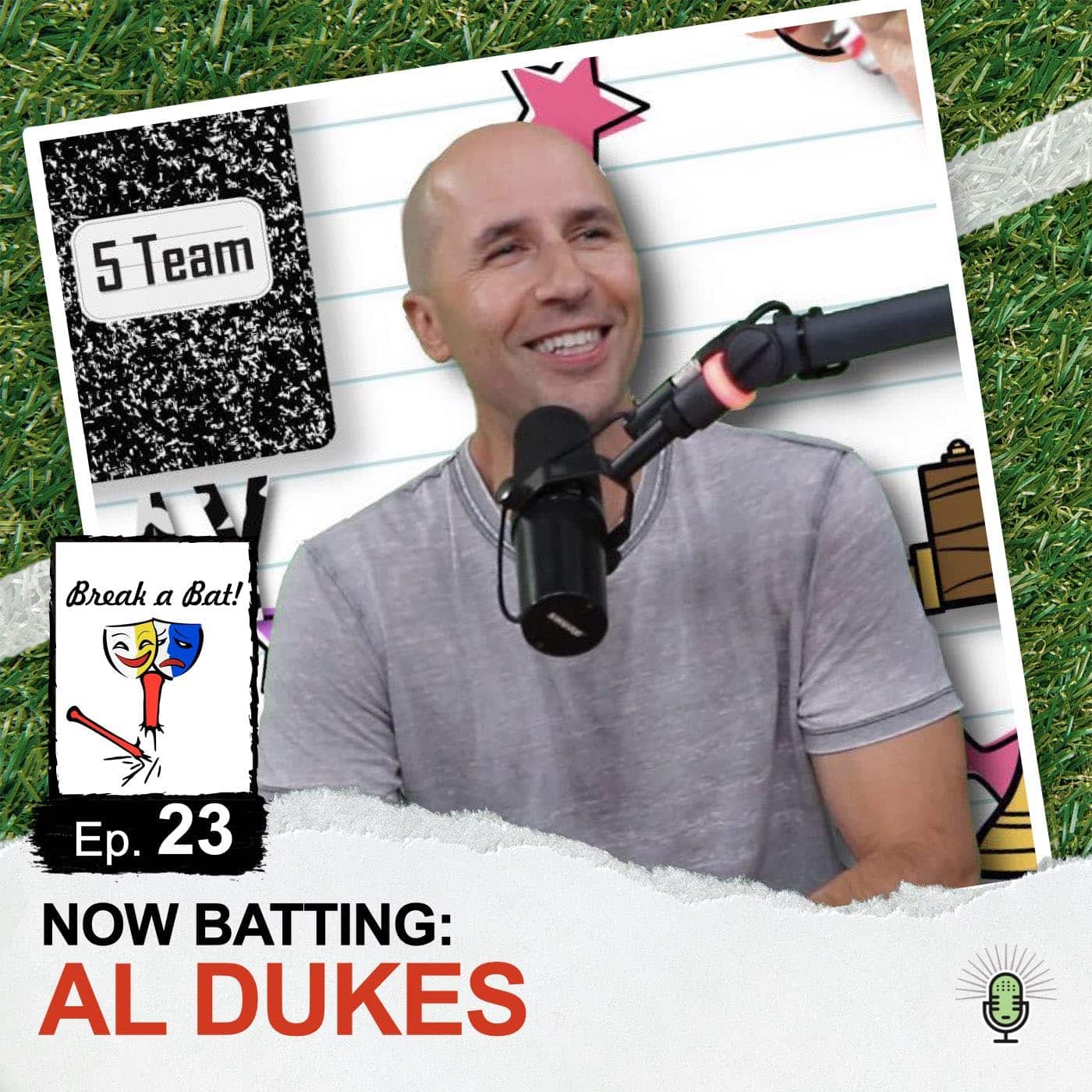 *Break a Bat! will be on a short hiatus through late January. During this time, we thought it would be fun to re-release some of our early Batter’s Box chats for those who may be newer to our audience. Enjoy this conversation with Al Dukes of WFAN’s Boomer & Gio! This episode was recorded in February 2020 – live from the studios of WFAN and CBS Sports Network!*

Live from the WFAN and CBS Sports Network studios, Al Dukes steps into The Batter’s Box for Episode 23! With a radio career spanning nearly 30 years, Dukes serves as the brains and Executive Producer behind Boomer & Gio, the number-one-rated sports talk radio show in morning drive.

Dukes made a name for himself in radio with Ron & Fez and then Opie & Anthony before transitioning to sports talk with the then Boomer & Carton show in 2007 as Executive Producer. Over the years, he has also earned acclaim for his work on-air, as his well-known sports musical parodies have become a favorite of listeners and critics alike.

In this episode, Dukes discusses everything from what makes good sports talk radio, thinking in terms of songs, and his thoughts on the medium of Broadway. He even plays some baseball meets Broadway trivia in this week’s 7th Inning Stretch.

Despite all of Dukes’ success, he still takes time to help serve his community; efforts that our host Al Malafronte and the Broadway community honored in this episode.