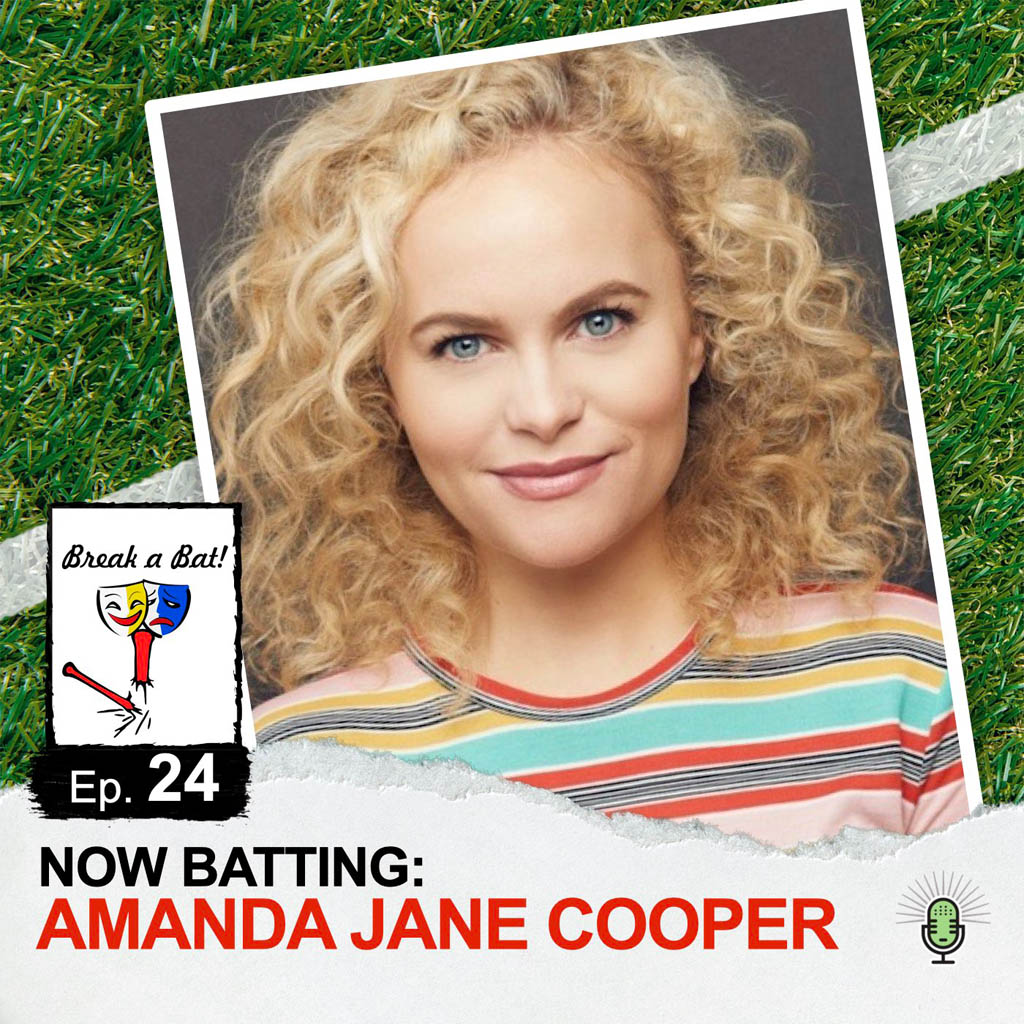 Amanda Jane Cooper steps into the Batter’s Box for Episode 24 of Break a Bat! Amanda holds the distinction of being one of the longest-tenured actresses to play Glinda in the now storied franchise that is Wicked on Broadway. Amanda performed the role in the show’s First National Tour in 2011, Second National Tour from 2015-2017, and then in the Broadway company from 2017-2018.

While in Oz, she also had the opportunity to meet and perform for Yankees Hall of Famer, Derek Jeter, after speaking to the young adults volunteering for his Turn 2 Foundation. As Jeter was a leader for his Yankee teammates, Amanda has a reputation of being a leader among her Broadway castmates, and speaks to the importance of that.

When discussing the emotion that performers feel in big moments both on the stage and at the stadium, Amanda touches on overcoming adversity off the stage, and how that helped shape her both as a person and an All-Star performer.

Another wild edition of the 7th Inning Stretch ensues with some Wicked, baseball, and Aroldis Chapman trivia questions, as Amanda sought to join our show’s exclusive ‘Winner’s Circle’ for the trivia elite.