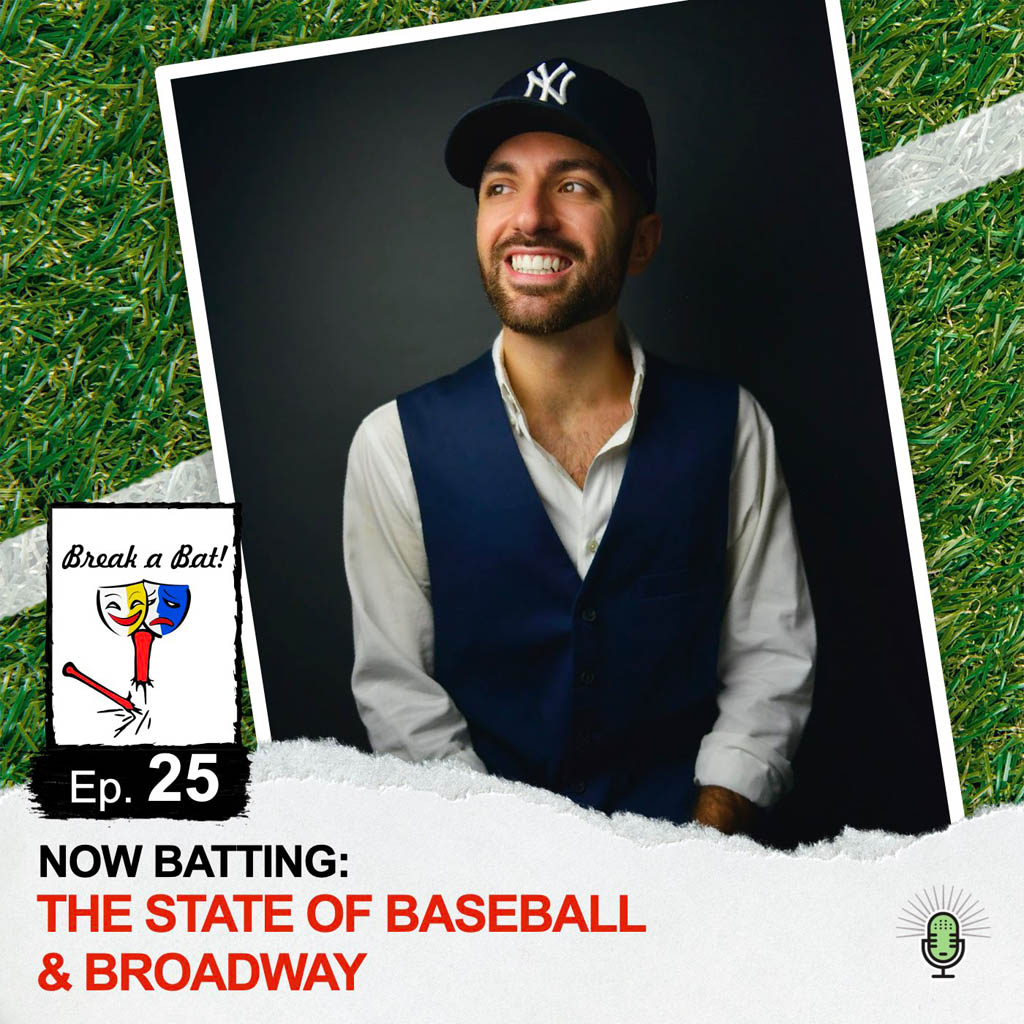 As COVID-19 brings the world to a halt, the deep impact on the Broadway and baseball communities can’t be overstated. While the Break a Bat! team hopes to provide some solace during these trying times, this episode tackles the tough questions surrounding the weeks and months ahead for the two mediums we care about so deeply, as both remain in limbo due to their inevitable shutdowns.

In this episode, host Al Malafronte and producer Alan Seales captain a roundtable panel that includes: Robert Casey (Managing Editor/Head Writer for the popular New York Yankees blog: Bleeding Yankee Blue), Doug Horowitz (guest co-host in Episode 1 of Break a Bat!), and friend of the show Gil Cosenza. We also have a quick chat with Broadway veteran, Sara Jean Ford (CATS, The Phantom of the Opera) to round out the episode.