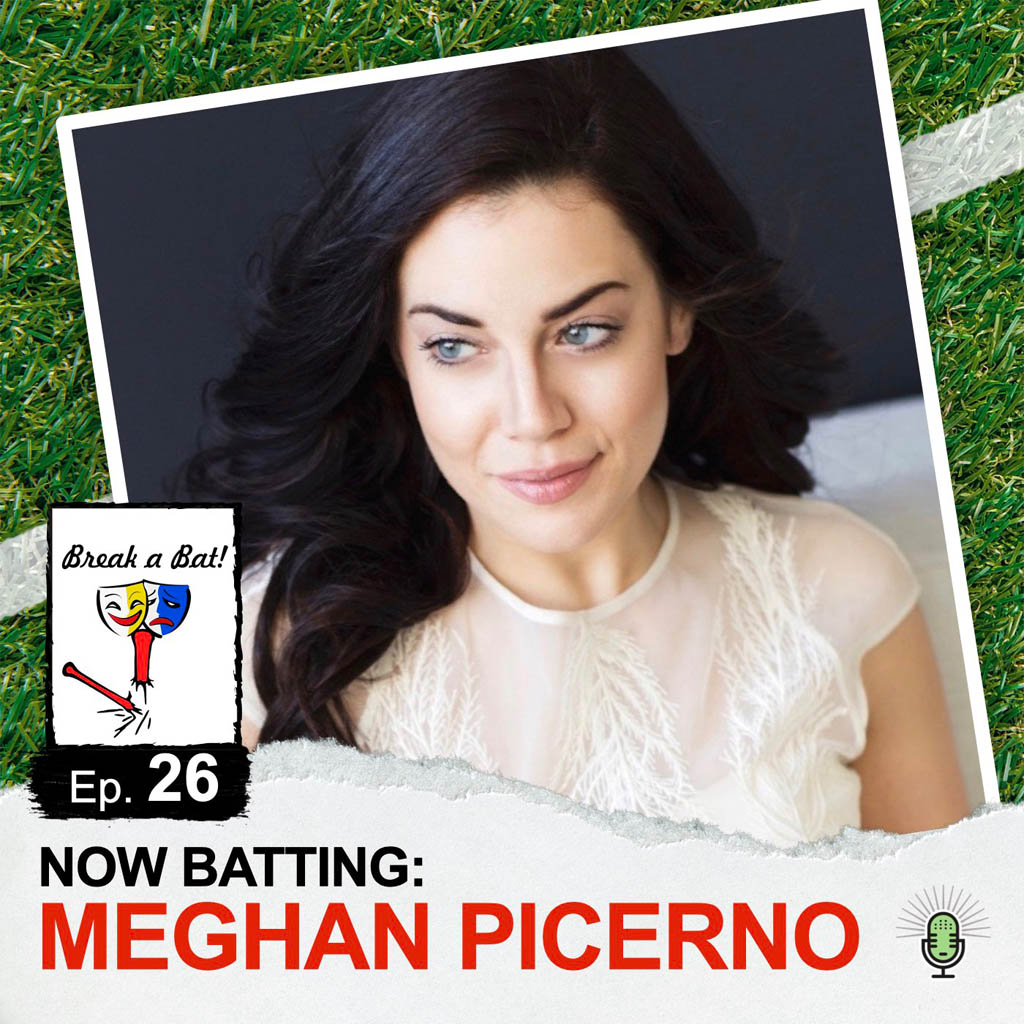 Meghan Picerno steps into the Batter’s Box with host Al Malafronte and producer Alan Seales, for Episode 26 of Break a Bat! Meghan is currently playing Christine Daaé in The Phantom of the Opera on Broadway, after having previously played the role in the in the show’s touring production, as well as its sequel Love Never Dies.

Broadway’s longest running show, seeing Phantom is one of the most epic experiences you can have on The Great White Way. In this episode, Meghan talks about her transition from the opera world to the Broadway world, the athleticism behind her performance, and the Yankees’ All-Star closer Aroldis Chapman — who in 2016, carried her Chicago Cubs to their first World Series Championship in 108 years! In that postseason, he posted an impressive 3.45 ERA, multiple wins and no losses, an incredible 4 saved games, and an absolutely stunning 21 strikeouts in only 15.2 innings pitched. Tune in to hear Meghan’s thoughts on Chapman’s historic run, as well as how baseball and Broadway relate to each other when it comes to performance-driven leadership.

Shoutout to our buddy Michael Borowski at The Publicity Office for helping put this one together.

Note: This episode was recorded just a few days prior to Broadway’s shutdown due to the Coronavirus outbreak. As stated in the intro, it was originally intended to be our 25th release.