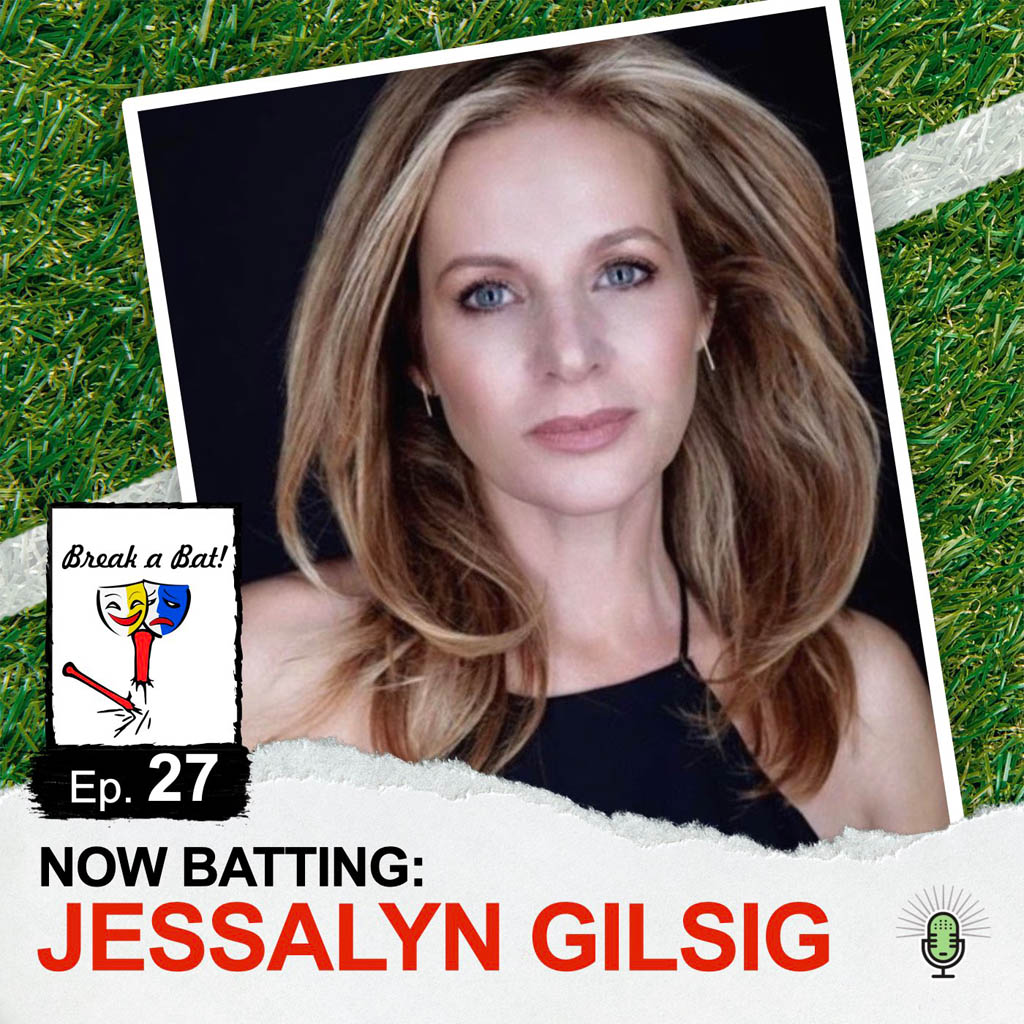 TV’s Jessalyn Gilsig steps into the ‘remote’ Batter’s Box for Episode 27 of Break a Bat! alongside Al Malafronte (Host), Alan Seales (Producer), and Chris Katzmann (Creative Consultant). Jessalyn’s career on screen spans primetime mega-hits including leading roles in Boston Public, Nip/Tuck, Vikings, as well as a personal favorite of our host – Glee. She’s currently in the midst of production on the upcoming sports dramedy Big Shot on Disney+, in which she stars alongside John Stamos as a high school basketball coach. In this episode, Jessalyn takes the boys through the new show, as well as some of her fond memories of working on Glee. A lifelong fan of both sports and theatre, she offers some great perspective on how our two favorite mediums mirror each other, which made for both a fun and insightful chat.