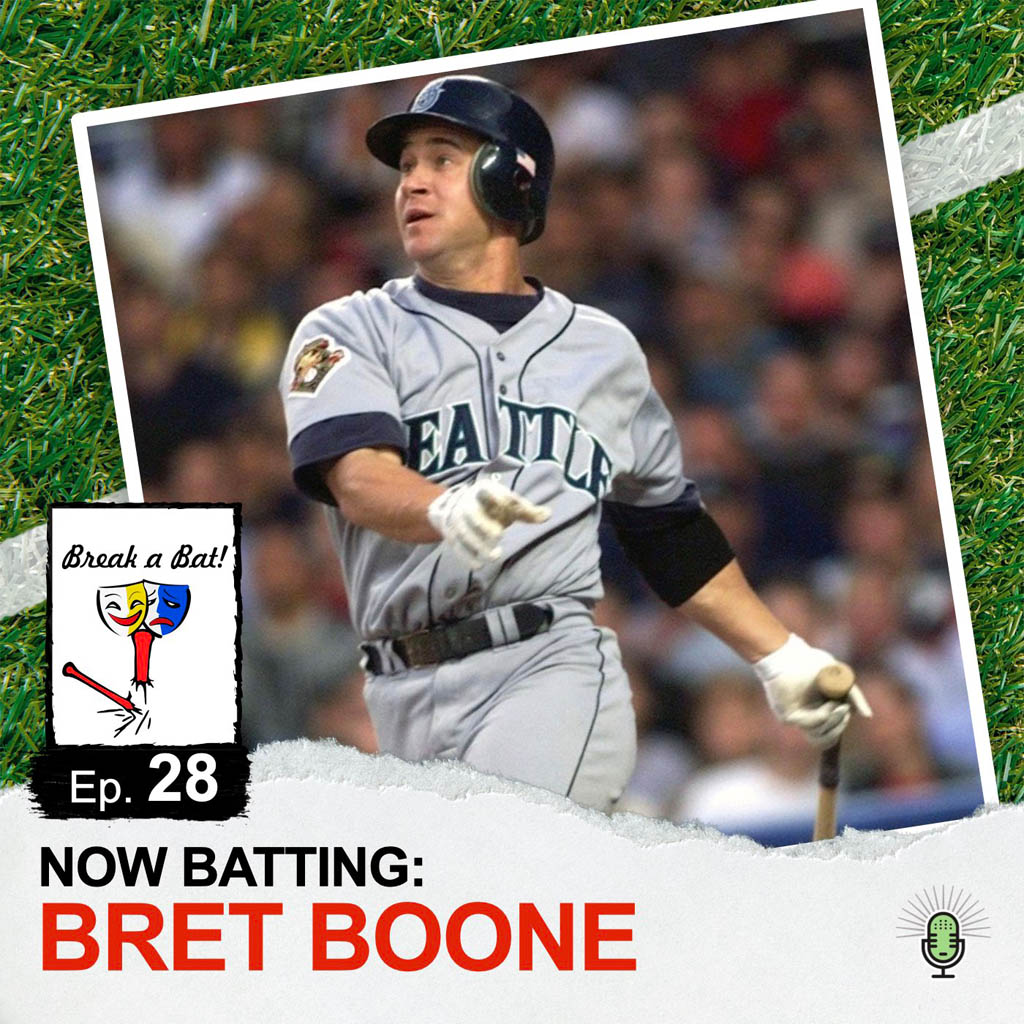 Bret Boone steps into the ‘remote’ Batter’s Box with host Al Malafronte and guest co-host Doug Horowitz for Episode 28 of Break a Bat! Bret had a 14-year Major League career (1992-2005) as a member of the Seattle Mariners, Cincinnati Reds, Atlanta Braves, San Diego Padres, and Minnesota Twins. A 3-time MLB All-Star, 2-time Silver Slugger, and 4-time Gold Glove winner, Bret was one of the best 2nd Baseman of the late 1990’s and early 2000’s.

As a member of the Mariners in 2001, he enjoyed one of the greatest seasons ever for a 2nd Baseman, posting a .331 Batting Average, 206 Hits, 37 Homeruns, 141 Runs Batted In, 118 Runs Scored, and a .950 OPS. He’s also a member of one of baseball’s greatest All-Star family lineages, as his grandfather (Ray), father (Bob), and brother (Aaron) were also All-Stars during their playing days.

Bret takes the boys through what he’d be doing to prepare for a baseball season without a known start date due to the effects of the Coronavirus. As we’ve talked in the past about how fans help drive performance for baseball players and Broadway actors, it was really interesting to hear his take on how today’s players may respond to a season that opens to empty stadiums.

We also look back on some of his fondest career memories which included some trips to the Big Apple on one of baseball’s biggest stages – the playoffs. Bret was the starting 2nd baseman on the 1999 Atlanta Braves who famously battled the New York Mets in that year’s National League Championship Series, and discussed the big stage dynamic of such an intense environment – largely heightened by his controversial teammate John Rocker. He also discussed how special it was to play in the old Yankee Stadium with the Braves during the 1999 World Series, and then as a member of the Seattle Mariners in the 2001 American League Championship Series in the immediate aftermath of September 11th.

As his brother Aaron is currently the New York Yankees manager, he also touched on what it might be like to manage, and even face Aroldis Chapman, the team’s All-Star closer/Broadway favorite who routinely throws over 100 miles per hour.