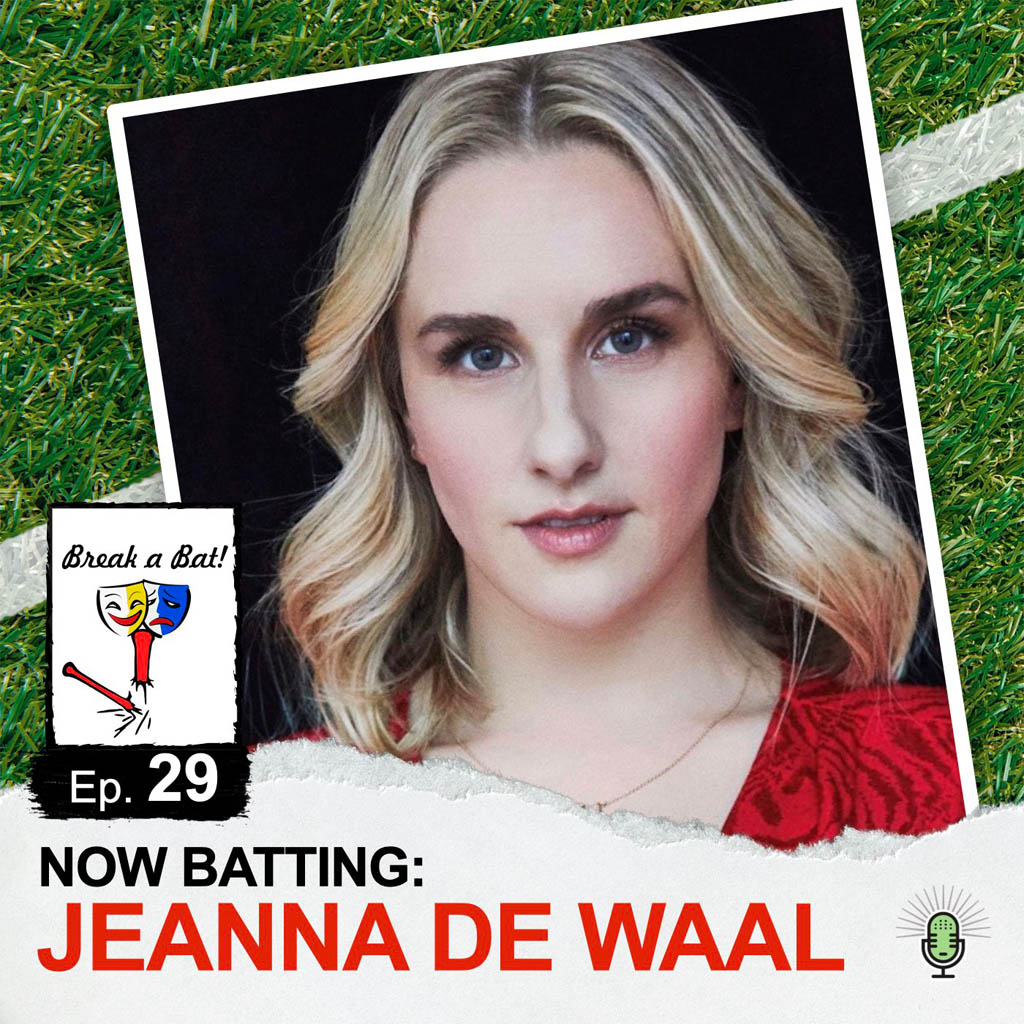 Jeanna de Waal steps into the ‘remote’ Batter’s Box with host Al Malafronte and producer Alan Seales for Episode 29 of Break a Bat! At the time of the Broadway shutdown, Jeanna had just begun previews for Diana: A True Musical Story, in which she was stars as Princess Diana. Jeanna takes the boys through what she’s doing to stay on her game during quarantine, and her excitement for Broadway’s eventual return. These routines and emotions are not unlike those of a Major League Baseball player awaiting the start of the 2020 season. Her Broadway career spans over a decade, with other credits including American Idiot and Kinky Boots. She is also the co-founder of Broadway Weekends, a theatre camp for adults which is currently conducting online classes and workshops for those who need their performing fix!