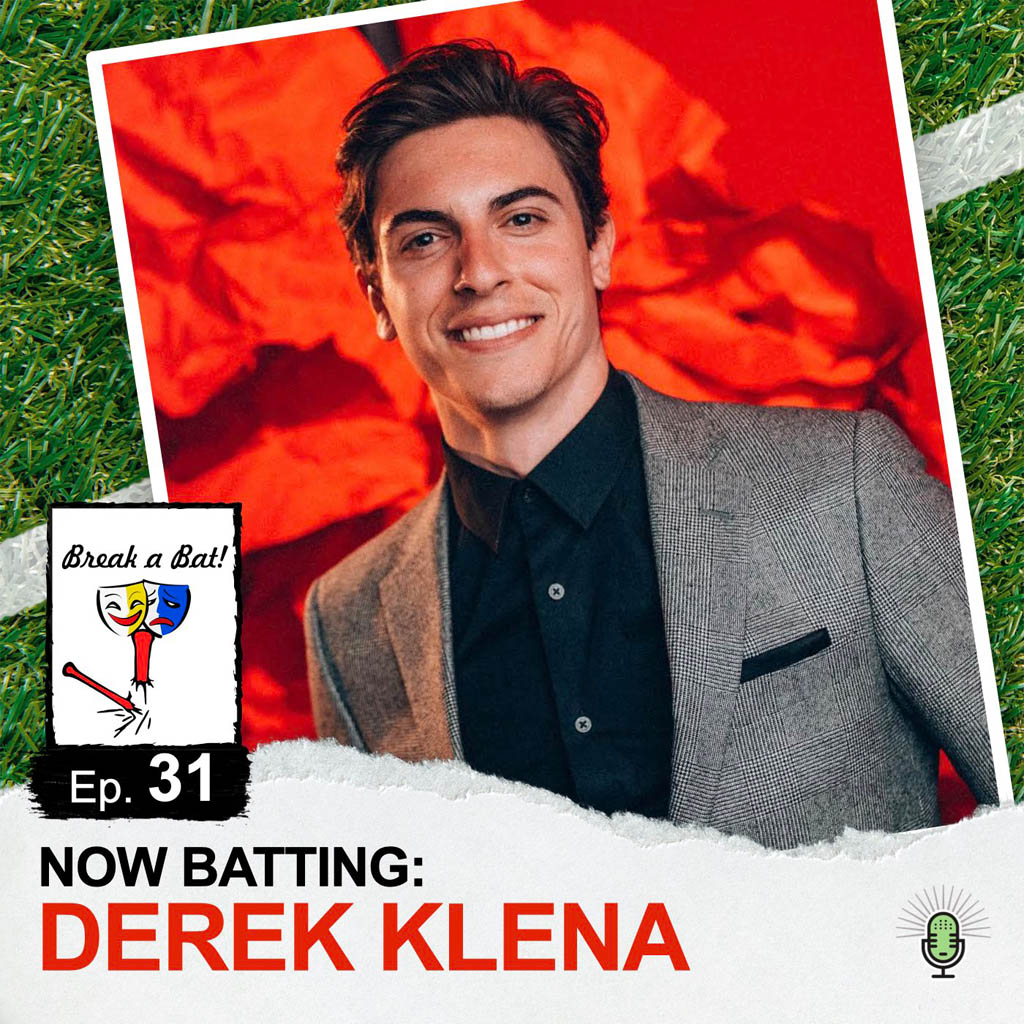 Derek Klena steps into the Batter’s Box for Episode 31 of Break a Bat! Derek is currently starring as Nick Healy in Broadway’s Jagged Little Pill, and has authored a phenomenal career on stage. In addition to this, he may be one of our podcast’s most theme-appropriate guests.

As a high school pitcher in his native Southern California, Derek was a two-time first-team All-San Antonio League selection and two-time first-team All-Valley honoree, before enrolling in UCLA. While there, he was rostered on the school’s iconic baseball team, pitching alongside eventual MLB All-Star hurlers Gerrit Cole and Trevor Bauer. He did all of this while simultaneously participating in theatre, with full awareness of the parallels between the two mediums. Derek has a clear understanding of the focus and dedication required to be successful both on the mound and on stage, as well as a necessary confidence to overcome peer pressure and stigmas.

We also had plenty of fun in this episode, as we re-hashed many of Derek’s roles and highlights here on Broadway, as his other credits include Wicked, The Bridges of Madison County, and Anastasia. While speaking about Nick Healy in Jagged Little Pill, it was fascinating to hear why he believes Alanis Morissette’s iconic music and the story it’s set to – plays so well on stage, as well as his overall connection to the character he’s taking on in the show.