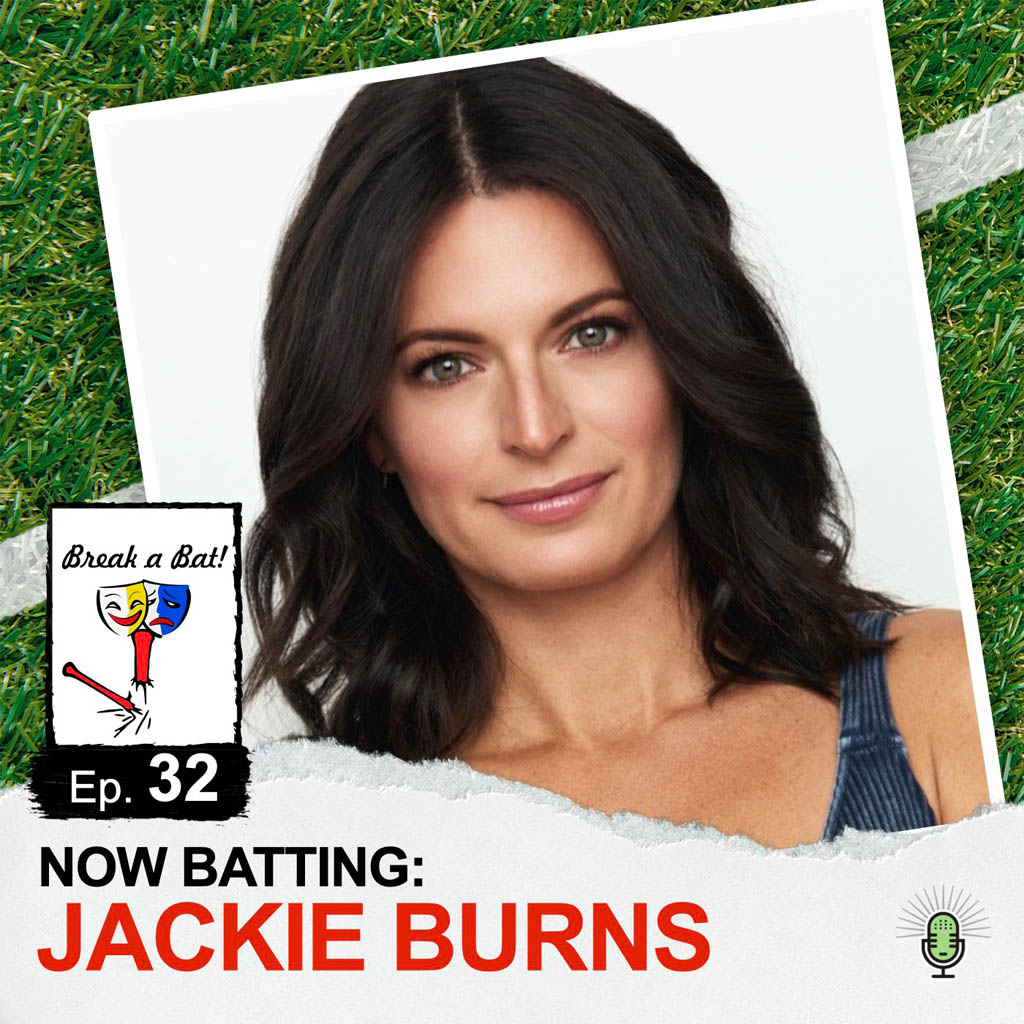 Jackie Burns steps into the Batter’s Box for Episode 32 with host Al Malafronte, Chris Katzmann (co-creator of Break a Bat!), and Alan Seales (producer). Jackie’s phenomenal career on Broadway now spans more than a decade, with credits including Wicked, Hair, and If/Then, and she’s also set to star in a stage adaptation of A Walk on the Moon next season.

Jackie holds the distinction of being the longest-tenured Elphaba in the storied Wicked franchise, playing the role in two separate stints — the baseball equivalent of “pulling an Andy Pettitte.” It was really interesting to hear her thoughts on a recovery path for Broadway upon its return, as well as what it was like getting to play her dream role of Elphaba for as long as she did – which was not without some hilarious behind the scenes stories, including what’s known as the Emerald City’s “No-Fly Days.”

She’s also a die-hard sports fan with an athletic background of her own, so we were sure to play some fun Baseball/Broadway crossover games, and even chatted about what would make a successful Broadway musical about our fanbase’s unofficial mascot Aroldis Chapman, the Yankees’ 6-time All-Star and flame-throwing closer.

Special thanks to our friend Samara Finkle for helping put this one together.