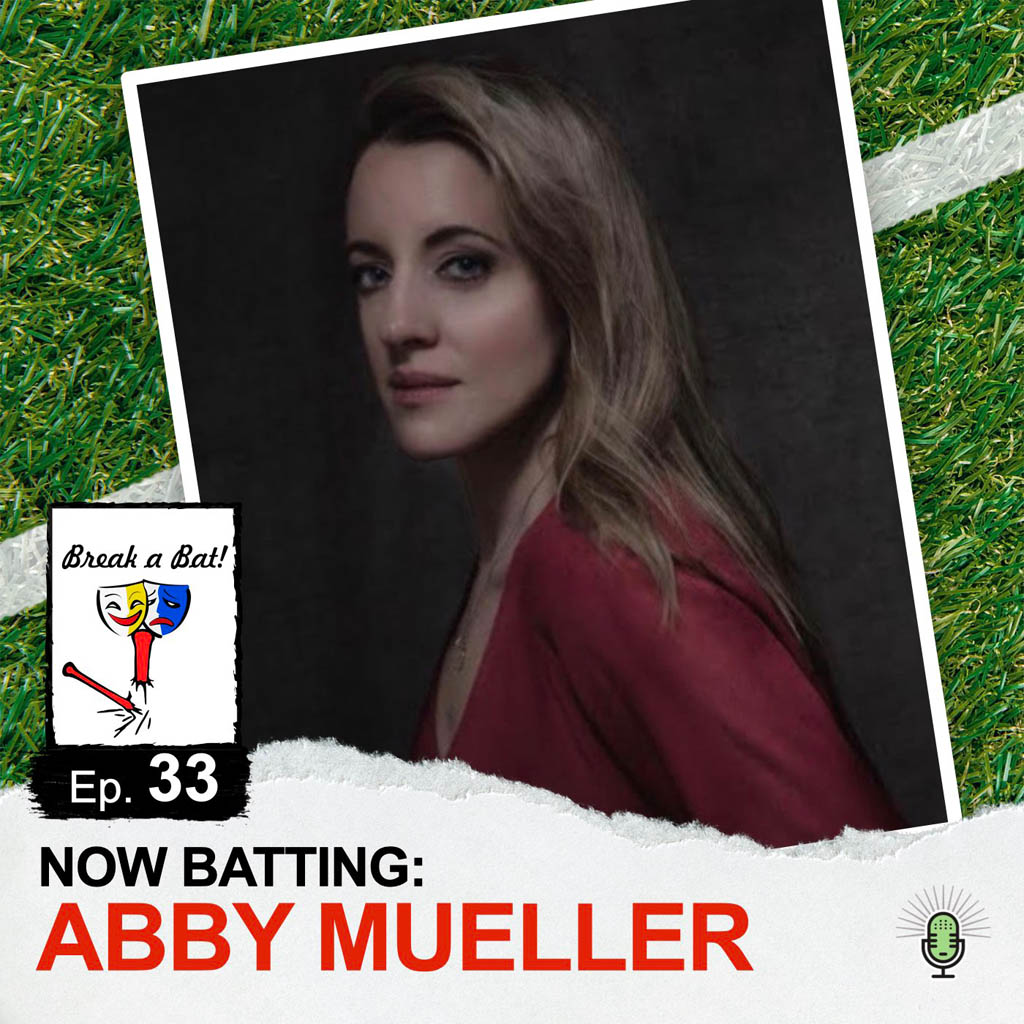 Abby Mueller steps into the Batter’s Box with host Al Malafronte for Episode 33 of Break a Bat!

In this episode, Abby discusses some of the parallels she sees in high levels of performance both on stage and at the stadium, having grown up in a family that embraced both sports and the arts. Both of her parents were esteemed actors in Chicago’s theatre scene, and her grandfather, Bill Mueller, played centerfield for the Chicago White Sox in the 1940’s. Abby even shares a memorable ’scene’ that her grandfather had on the field with the great Joe DiMaggio, while the White Sox hosted the New York Yankees at the historic Comiskey Park.

Abby has taken The Great White Way by storm in All-Star caliber fashion ever since her Broadway debut in Kinky Boots in 2013, having since gone onto star in Beautiful: The Carole King Musical in which she played Carole King, and is currently set to take the stage in one of Broadway’s most anticipated shows of the upcoming season – Six the Musical, starring as Jane Seymour.

Not unlike quarantined ballplayers gearing up for MLB Opening Day, Abby is staying atop her game for Six’s eventual opening, and offers insight into why she believes the show garnered such a passionate fanbase in its out of town tryout. She also discusses what she’s looking forward to most about its official opening upon Broadway’s return, and just how needed theatre will be to help bring joy back to the city.

Special thanks to Michelle Kittrell and Charles Gribbell for helping put this episode together!