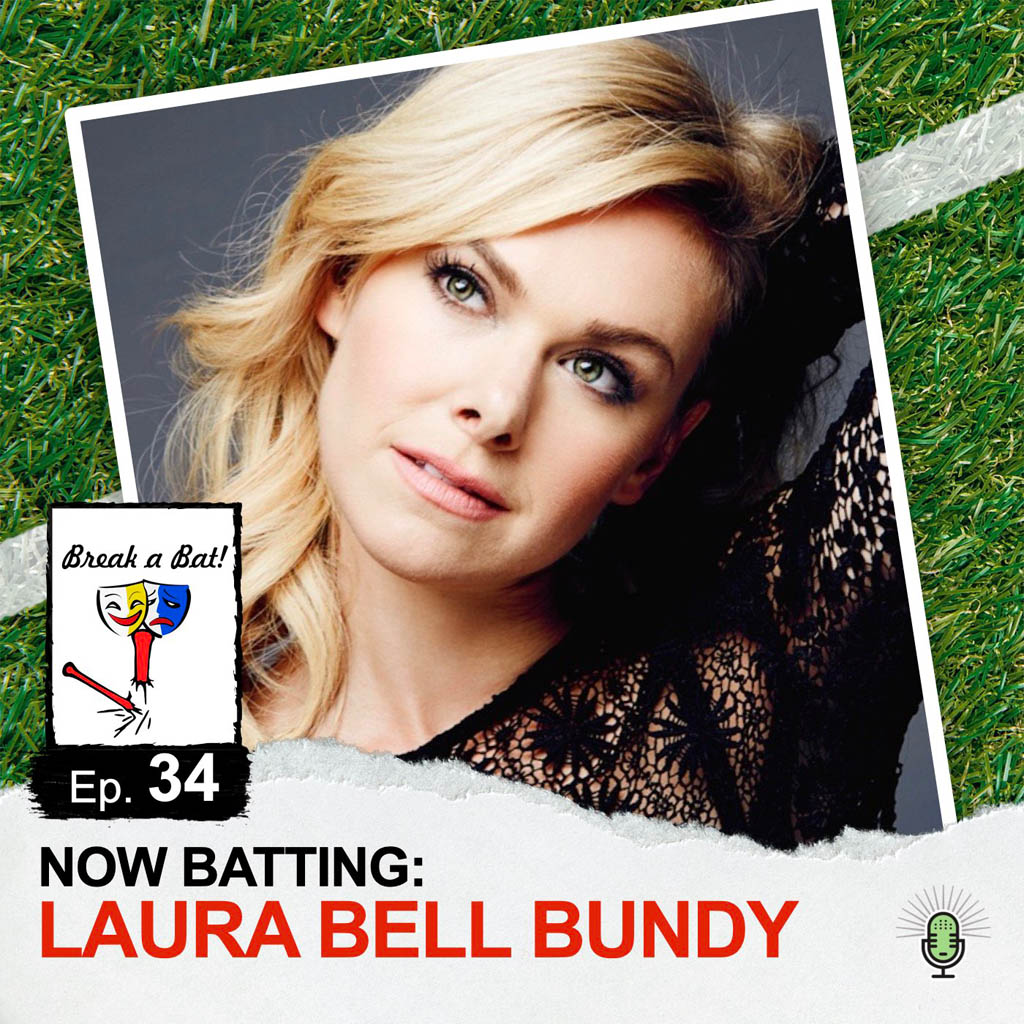 Laura Bell Bundy steps into the Batter’s Box for Episode 34 of Break a Bat! Laura Bell is as well-rounded performer as there is in the game. Throughout her career, she’s seen phenomenal success on stage, on screen, as well as in the recording studio as a singer-songwriter.

Her Broadway credits include the Tony-winning Hairspray in which she originated the role of Amber Von Tussle, as well as the musical version of Legally Blonde, in which she originated the role of Elle Woods and earned a Tony nomination of her own for Best Performance by a Leading Actress in a Musical. On screen, she co-starred in FX’s Anger Management, and as a musician, she earned a CMT Music Awards nomination for ‘Breakthrough Video of the Year’ for her hit single Giddy On Up.

In this episode, the boys dive into Laura Bell’s passion for telling stories with music, moving to the other side of the camera as a creative with some exciting new projects in the works, and how the stage is her comfort zone. A big part of her success is attested to constantly changing as a performer, with full recognition of the ability to make adjustments after “every game you play,” – and as discussed, one of the ultimate separators between a good and great baseball player.

This conversation was super interesting for the Break a Bat! team, as it really dove into the psyche and processes of an All-Star performer as much as any other episode we’ve done to date.