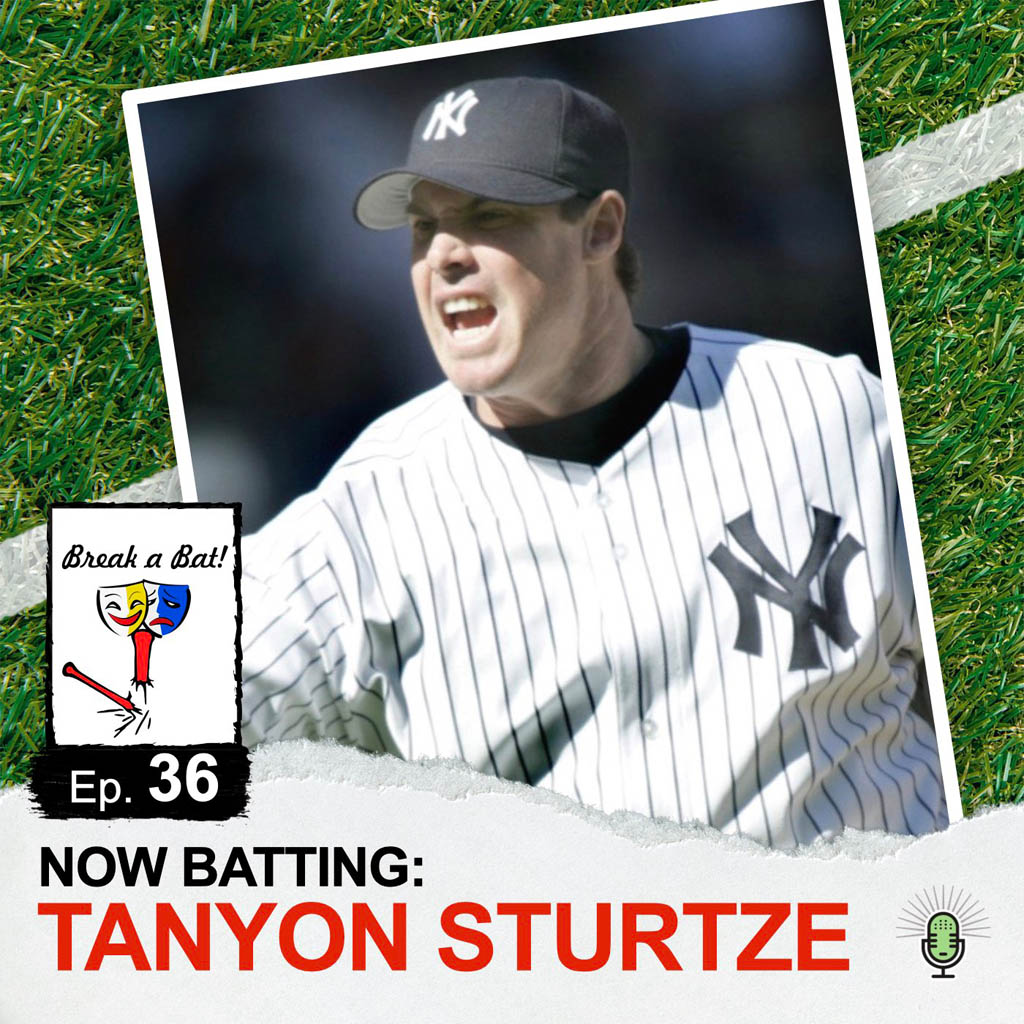 Tanyon Sturtze steps into the Batter’s Box for Episode 36 of Break a Bat! alongside host Al Malafronte and producer Alan Seales. Sturtze pitched for 12 seasons in the Major Leagues, 3 of which came on the stages of Broadway, as a member of the New York Yankees from 2004-2006. Sturtze’s career is particularly unique in the sense that he found success in multiple roles to help serve his cast, as both a starting and relief pitcher. While performing primarily as a relief pitcher while dawning the pinstripes, he helped form one of the franchise’s most lethal bullpens in team history in 2005 – a formula that came to be known as “TanGorMo” alongside Tom Gordon and Mariano “Mo” Rivera. Many Broadway performers can relate to raising their game on the grandest of stages, and Sturtze was no different, posting a 0.87 Earned Run Average against the Boston Red Sox that season – the team’s arch-rival who he ironically grew up rooting for as a kid growing up in Massachusetts. In this episode, he discussed some of the highlights of his time as a Yankee, his thoughts on today’s game, as well as a few of his memorable trips to The Great White Way. He even touches on which of his former teammates would make the best Broadway performers!

In addition to this, he and his wife Erica have also founded the wonderful ’56 Foundation’ to help hospitalized children nationwide. You can find more info on the foundation at the56foundation.org