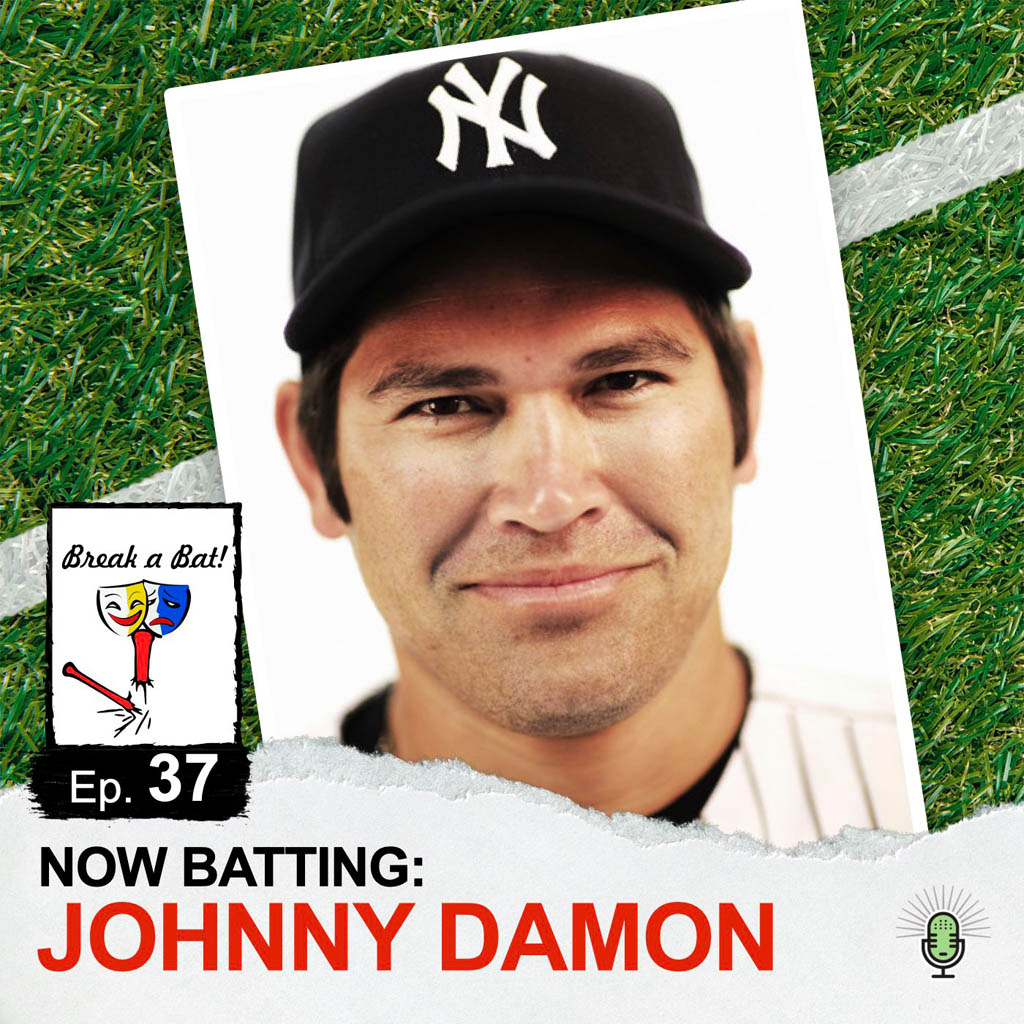 Johnny Damon steps into the Batter’s Box for Episode 37 of Break a Bat!

Damon’s big league career spanned 18 seasons, in which he cemented a legacy as one of the top outfielders of his generation, and one of the greatest leadoff hitters of all-time. More than 15,000 players have dawned a Major League Baseball uniform throughout history, and Damon ranks 32nd all-time in Runs Scored (1,668), 49th in Doubles (522), 55th in Hits (2,769), and 68th in Stolen Bases (408) – feats which remain gold standards for any performer.

However, as Damon touches on in this episode, his ultimate measure of success was winning championships, and he holds the distinction of being one of only four players to win World Series Championships as both a member of the Boston Red Sox (2004) and New York Yankees (2009). There was no bigger contributor to either team, and our conversation covered so many of the stories behind his success.

Damon’s career mirrors those of many Broadway greats, whether it be proving himself as a performer under the brightest of Broadway lights, handling career crossroads, and thriving in different types of roles on a team or cast. We even played some Baseball meets Broadway trivia in this week’s 7th Inning Stretch!

Off the field, Damon continues to do some tremendous work with his own foundation. The Johnny Damon Foundation aims to raise and donate funds to charitable organizations, and assists local and national programs that provide leadership and growth opportunities for disadvantaged children at risk. You can find more information at the foundation’s Website.