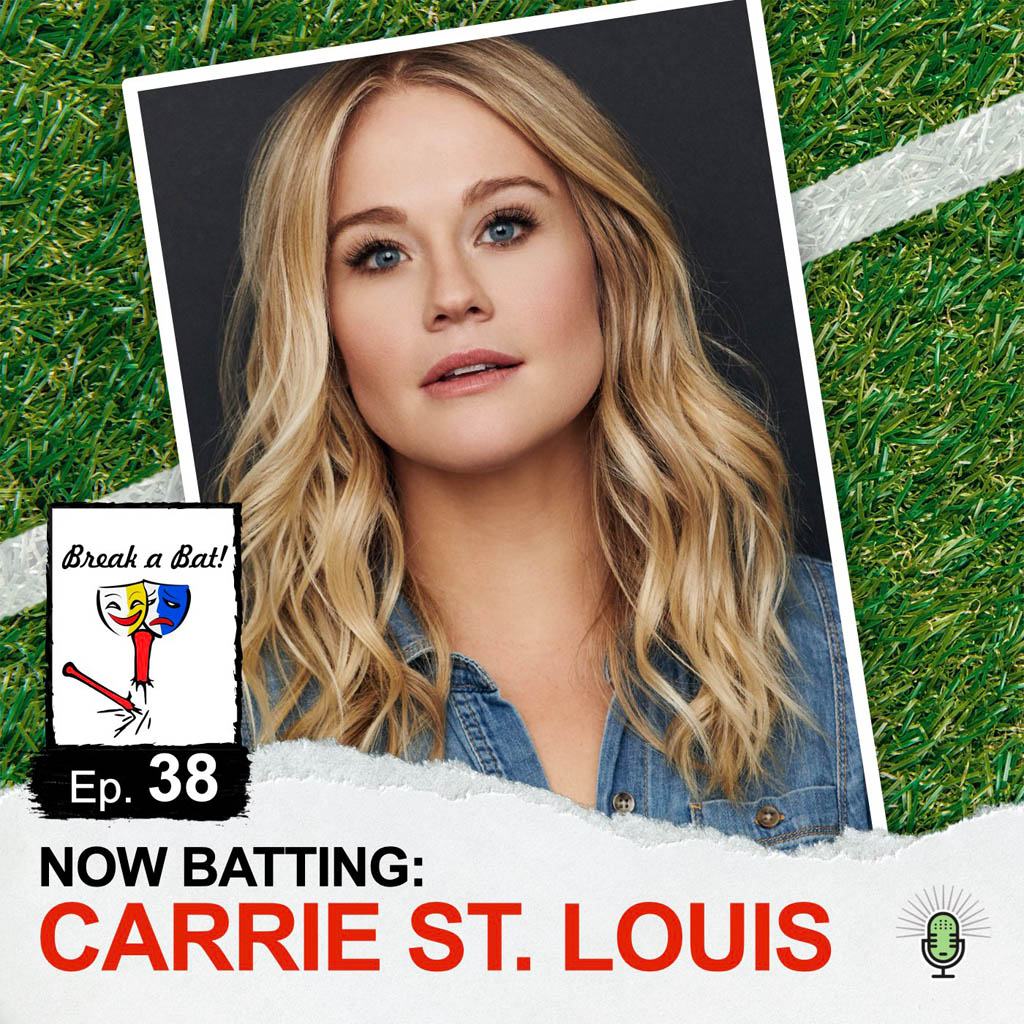 Carrie St. Louis steps into the Batter’s Box for Episode 38 of Break a Bat! St. Louis made her Broadway debut in 2014 when she starred as Sherrie in Rock of Ages, and has since gone onto star as Glinda in Wicked, and Lauren in Kinky Boots. This episode rehashes how St. Louis was able to make such a big impact on three powerhouse shows with three very different fanbases, as well as the process behind getting into some of the beloved characters she’s taken on. In addition to this, she’s also performed the National Anthem in more than half a dozen Major League ballparks, and discusses not only her love of live sports, but also the parallels between representing different franchises proudly both on stage and at the stadium.

The conversation was not without big laughs, as St. Louis recounts some hilarious behind the scenes stories and mishaps from her career. While in Kinky Boots, she even had the opportunity to perform in front of Yankees great, CC Sabathia, and offered her thoughts on which Broadway musical would best suit the Yankees’ flame-throwing closer/diva, Aroldis Chapman.