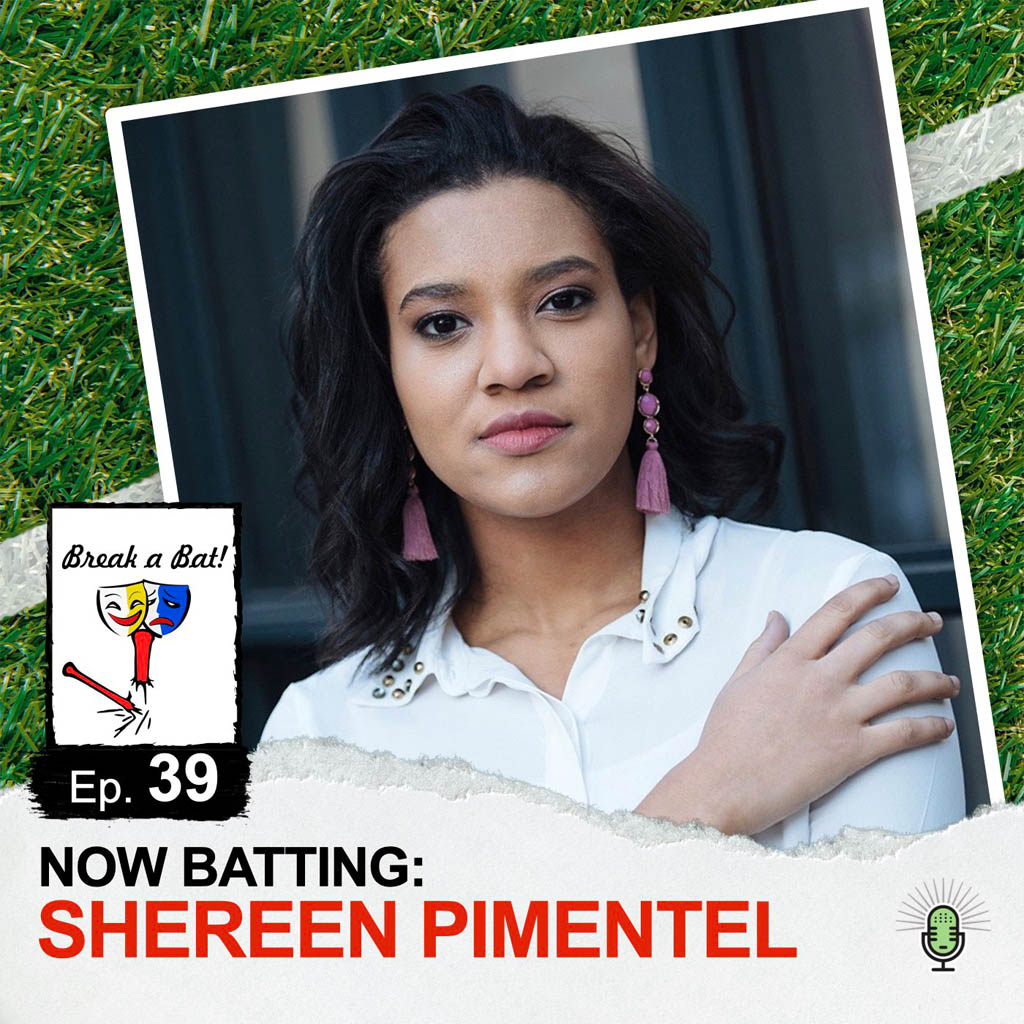 Shereen Pimentel steps into the Batter’s Box for Episode 39 of Break a Bat! At the time Broadway had shut down due to COVID-19, Pimentel had just begun performances in the revival of West Side Story on Broadway in which she stars as Maria. She did all this while simultaneously finishing her senior year at Julliard!

Pimentel is certainly no stranger to the stage as she actually made her Broadway debut at the age of 9 when she portrayed Young Nala in The Lion King, and discusses how making a mark in her industry at such a young age is not all that different from a young baseball player getting called up to ‘The Big Show’, and playing the game at a high level. We even played some Baseball meets Broadway crossover trivia in this week’s edition of the 7th Inning Stretch! This episode also discusses the important role that a show like the re-imagined West Side Story revival can play in our culture amidst these troubling times.