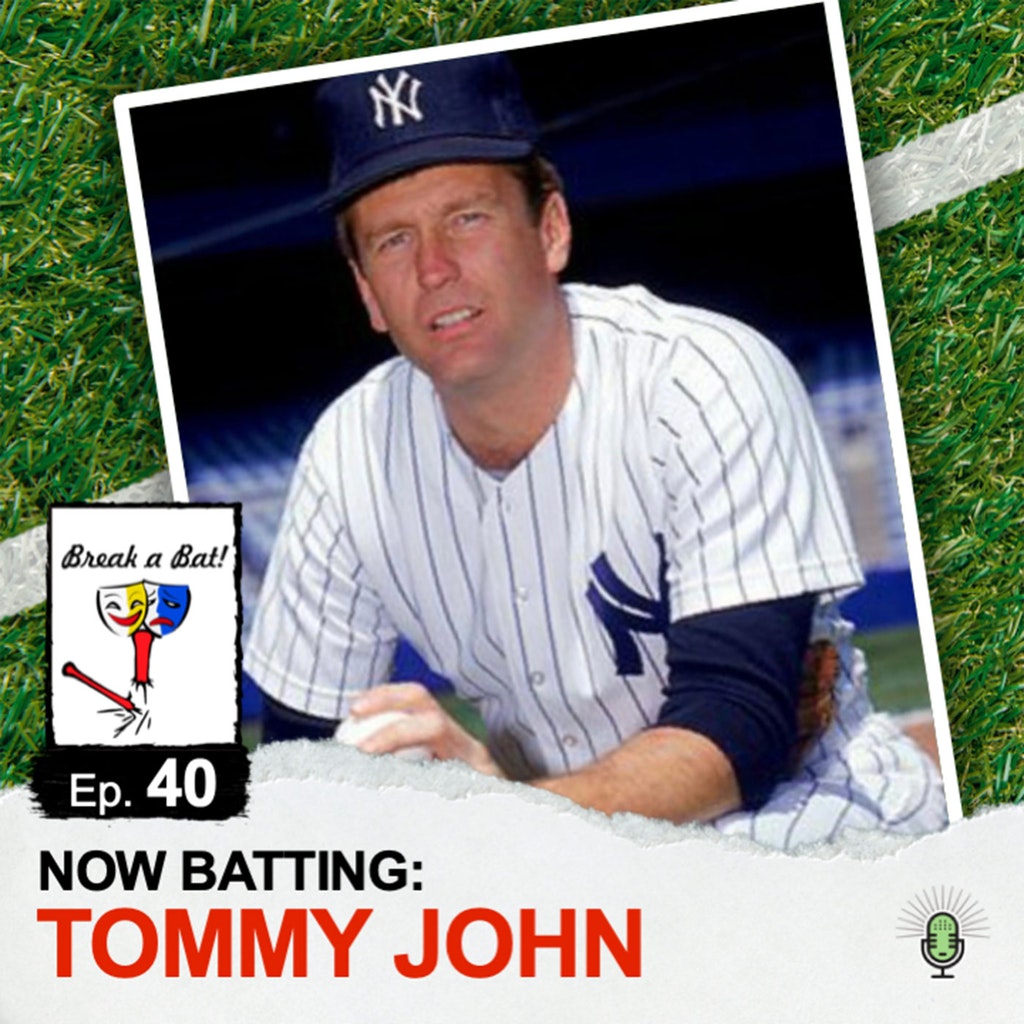 Tommy John steps into the Batter’s Box for Episode 40 of Break a Bat! Tommy John’s big league career spanned 1963-1989, and remains one of the most important figures in baseball history. In 1974, John pioneered ulnar collateral ligamental reconstruction, since nicknamed “Tommy John Surgery,” which he underwent after damaging the ligament in his throwing arm.

Despite a poor outlook initially, he returned to being an effective pitcher, as more than half of his career wins came after his surgery. It has since become a common procedure among baseball pitchers. Throughout his 26-year Major League career, he cemented a legacy for both the New York Yankees and Los Angeles Dodgers as one of the greatest left-handed pitchers of all-time, as he retired as a 4-time Major League All-Star with prominent rankings in baseball’s record books that include 700 Games Started (8th all-time), 4710.3 Innings Pitched (20th), and 288 Wins (26th). This episode not only rehashes some of John’s career highlights, but also his candid thoughts on today’s game, the grooming of young performers, pitching under the bright lights of Broadway, and his overall love of musical theatre. His son even appeared on Broadway in Les Misérables while John pitched for the Yankees! John has a real affinity for showtunes which is prominently displayed in this very special (and blatantly honest) chat.