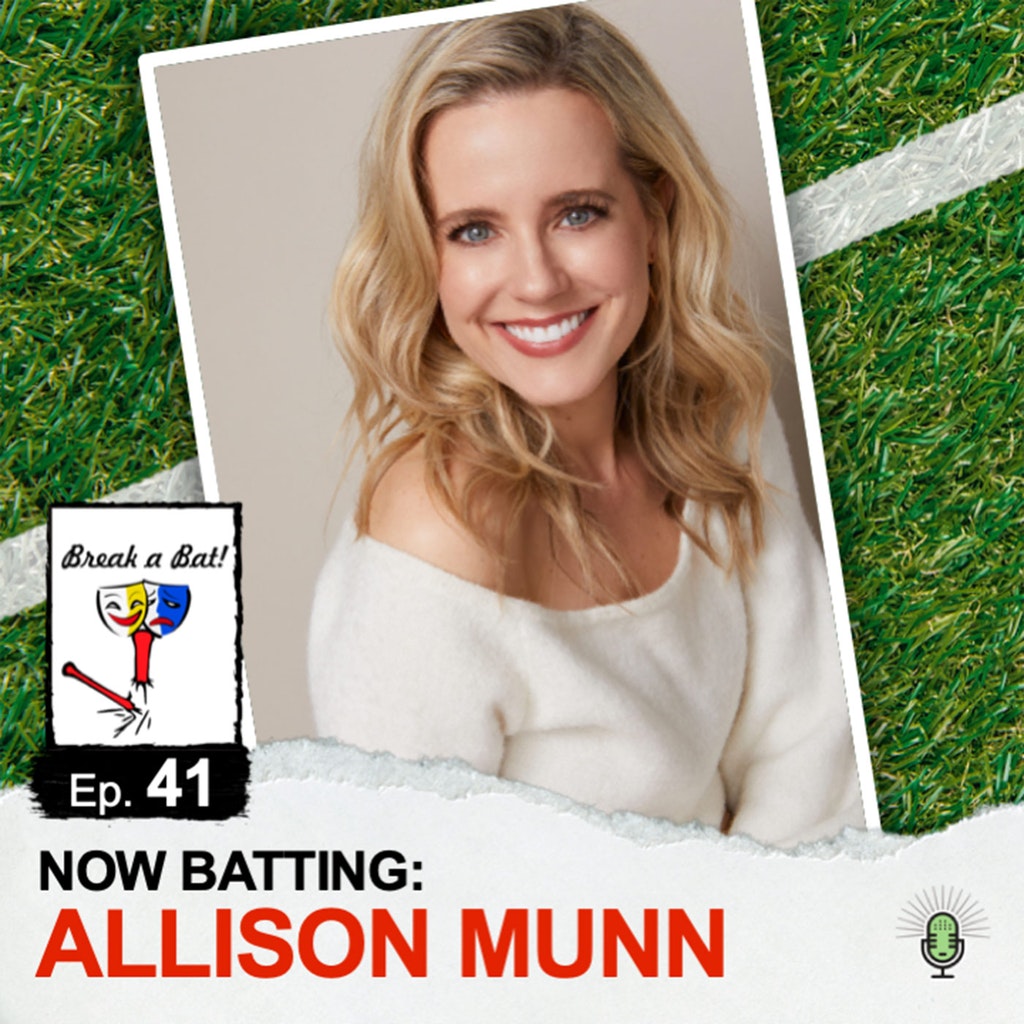 Allison Munn steps into the Batter’s Box for Episode 41 of Break a Bat! Prior to launching a phenomenal career on screen that’s spanned over two decades, Munn began her career in show business on the stages of NYC when she starred as Luisa in the Off-Broadway classic The Fantasticks for more than 500 performances. To this day, Munn credits her musical theatre background and performing in front of a live audience as part of the backbone to her success in the TV sitcom world. She’s currently starring in The Big Show Show on Netflix, and her other screen credits include: That 70’s Show, What I Like About You, One Tree Hill, and Nicky, Ricky, Dicky, & Dawn. This candid chat was the perfect blend of fun and insightful, and was also filled with plenty of great stories.