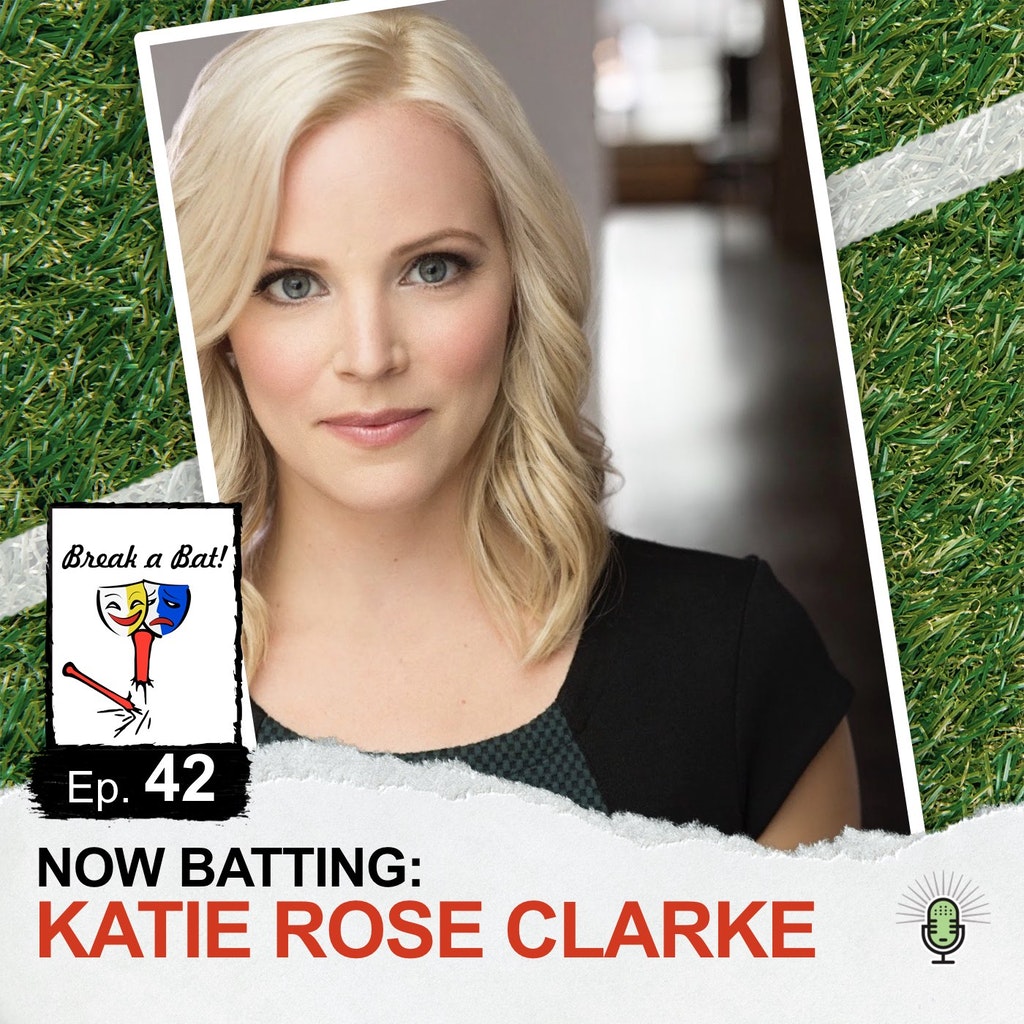 Katie Rose Clarke steps into the Batter’s Box for Episode 42 of Break a Bat! Clarke’s career on Broadway now spans more than a decade and a half, with credits including The Light in the Piazza, Wicked, Allegiance, and Miss Saigon. Part of what makes her talent play in such a big way on Broadway is that she’s able to take on many different types of roles, and more importantly, do so in an All-Star caliber fashion. Our chat rehashes so many of her great career highlights, her development as both a person and a performer, and even the similarities between baseball and Broadway’s passionate fanbases.

This episode also touches on the very exciting production of The Heart of Rock & Roll – a new musical inspired by the music of Huey Lewis and the News. Throughout 2018 and 2019, Clarke starred in the show’s critically-acclaimed out of town run and workshops, and could potentially serve as a big-time catalyst for Broadway’s triumphant return in 2021.