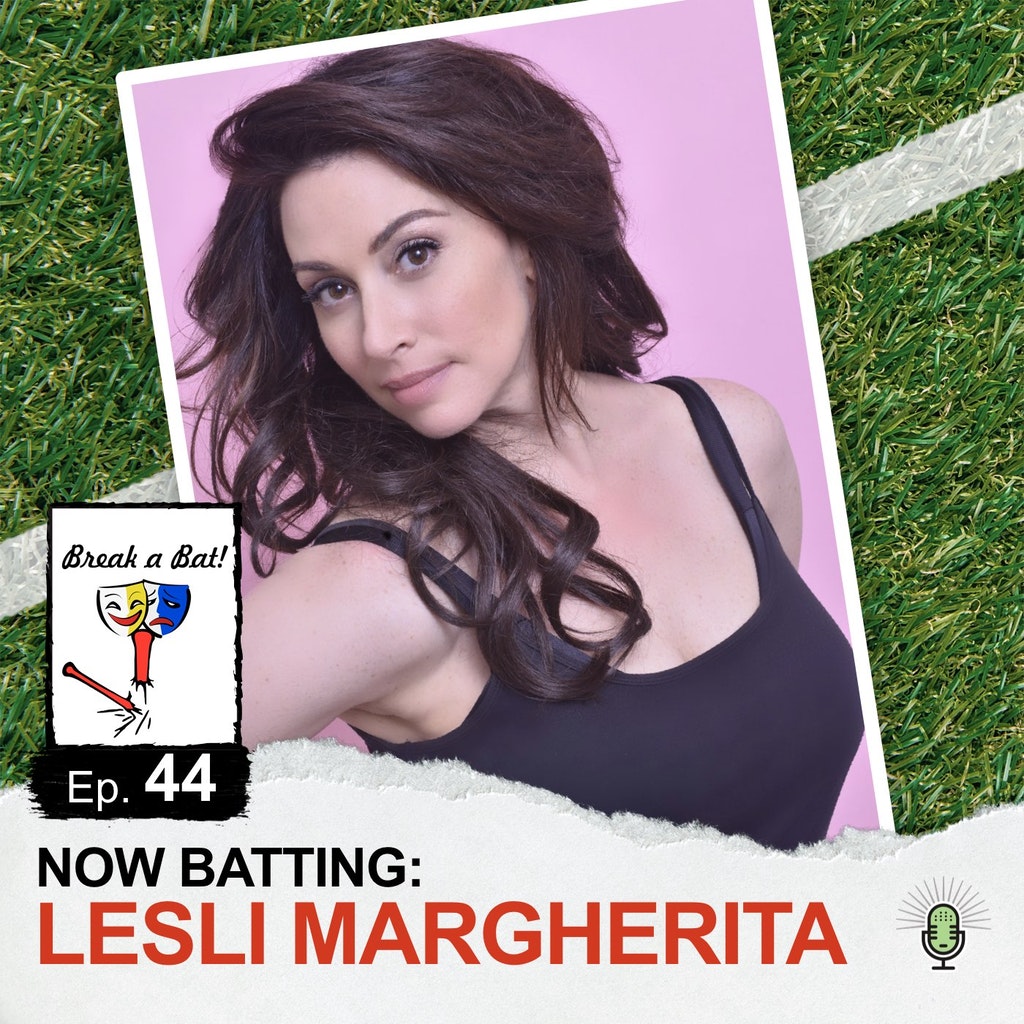 Lesli Margherita steps into the Batter’s Box for Episode 44 of Break a Bat! One of Broadway’s resident funny girls, Margherita is a Laurence Olivier Award winner for her performance as Inez in the musical adaptation of Zorro on the West End, and has appeared on Broadway in Matilda the Musical and Dames at Sea.

Margherita also just happens to be a lifelong Boston Red Sox fan. In this episode, she discusses everything from the roots of her passion for both sports and the arts, ruling your kingdom, and the parallels between Broadway and Moneyball. She and host Al Malafronte even played some Baseball meets Broadway (meets Muppets!) trivia in this week’s 7th Inning Stretch!