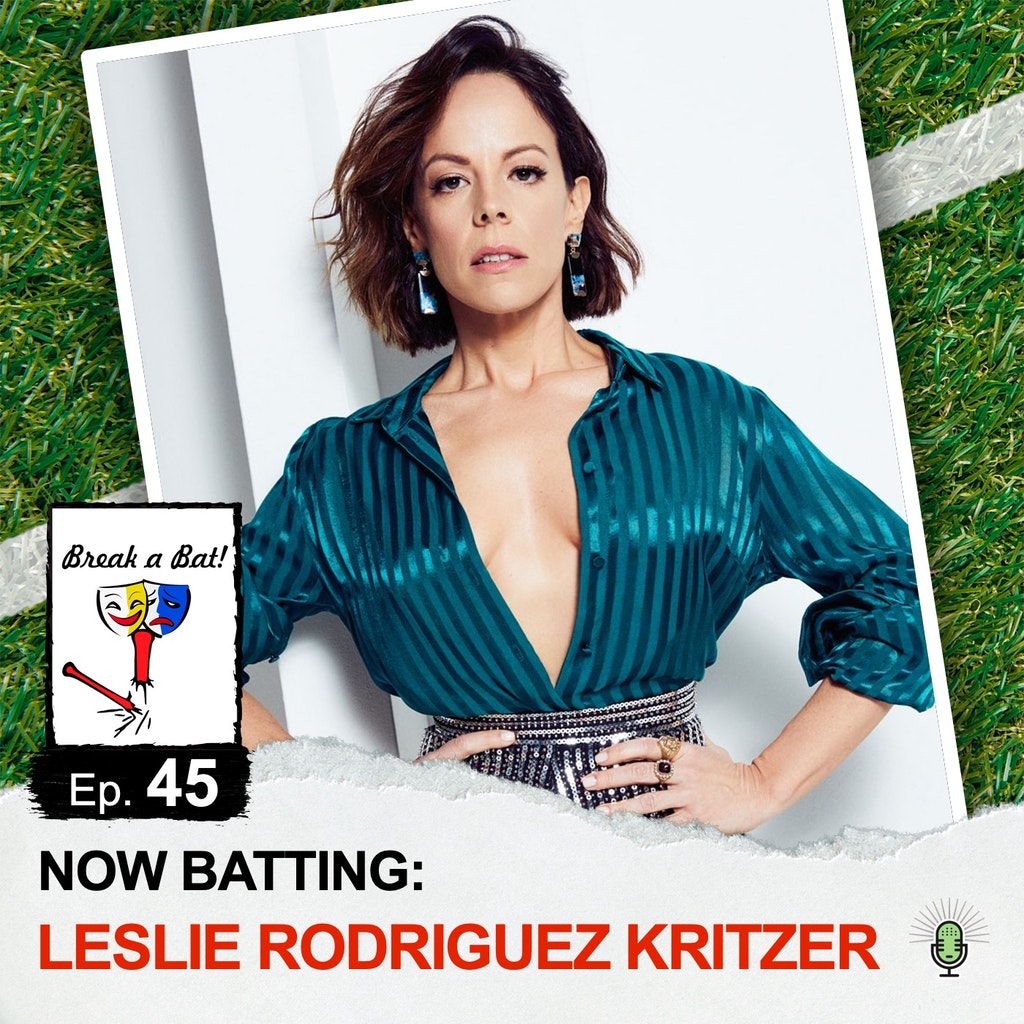 Leslie Rodriguez Kritzer steps into the Batter’s Box for Episode 45 of Break a Bat! Kritzer’s Broadway career began in 2004 when she made her debut in the Tony-winning Hairspray, and has since gone onto appear in Legally Blonde, Elf, Something Rotten!, and of course her most recent credit as Delia Deetz in the Tony-nominated Beetlejuice.

For the folks at home that have followed Break a Bat! since our earliest days in the spring of 2019, you probably know that so much of the inspiration behind creating this podcast came from an upcoming birthday trip to see Beetlejuice on Broadway. That trip just happened to fall on the night of the famous ‘Broadway Blackout’ on July 13, 2019, when 26 of 30 shows went dark due to a midtown power outage on a hot summer night. However, Beetlejuice still had the juice at the Winter Garden Theatre, and host Al Malafronte and his original co-host Scotty Katzmann would go onto enjoy what ended up being one of their favorite Broadway performances of all-time.

This fond memory is largely attested to Kritzer, and her brilliant comedic performance in the show. Kritzer joined both Malafronte and Katzmann to re-hash not only that historic night on Broadway, but also the incredible success she’s endured as a lead in one of Broadway’s most beloved shows, and some of the epic behind the scenes stories that came along with it.

Kritzer also just happens to be a tremendous baseball fan, and her love and knowledge of sports talk radio translated so well into the conversation she had with the boys about her love of the game, favorite ballpark memories, and the parallels she sees between both sports and theatre. She even tackles the subject of what would best serve the performers involved in this uncertain baseball season, and the re-opening of Broadway in 2021.