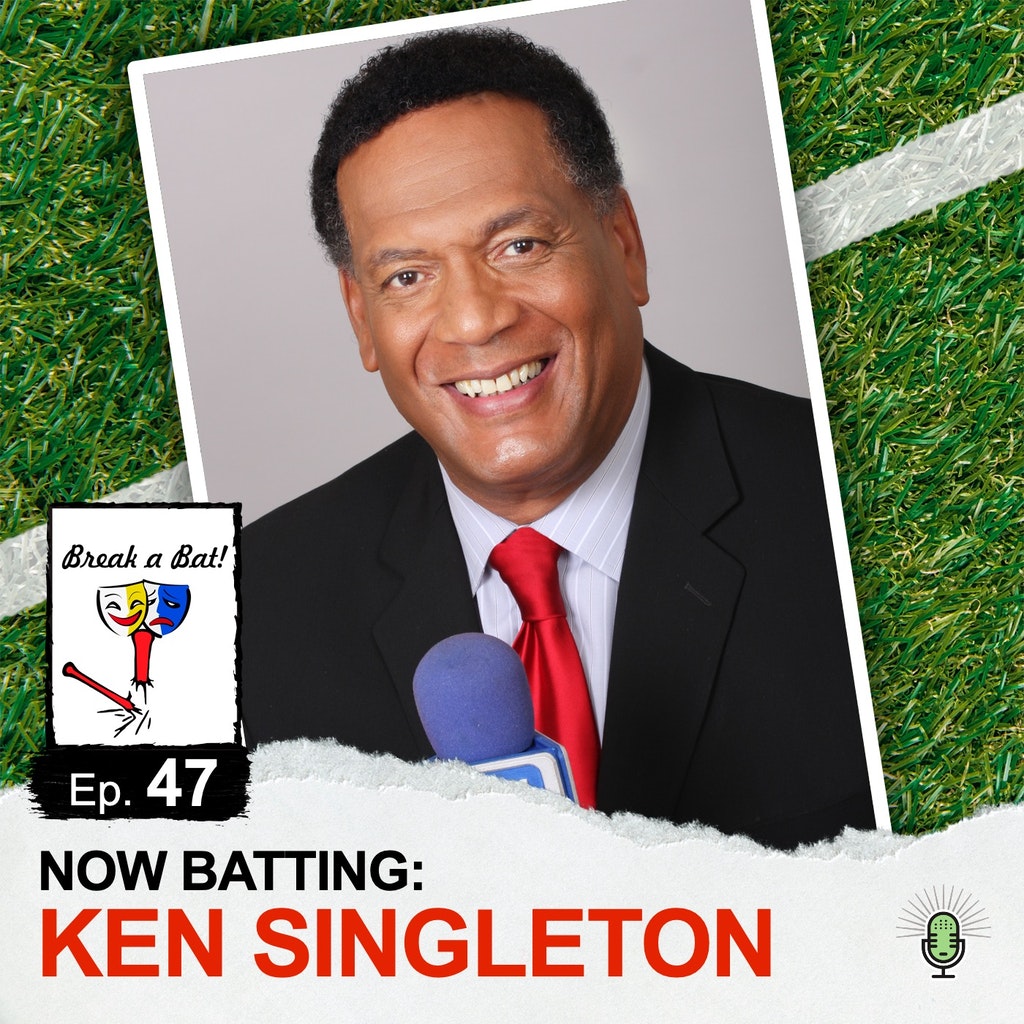 Ken Singleton steps into the Batter’s Box for Episode 47 of Break a Bat! As a Major League player from 1970-1984, Singleton was a 3-time All-Star that cemented a legacy as one of the greatest switch-hitters of all-time with outstanding career accomplishments that include 2,029 hits, 1,065 Runs Batted In, a .388 lifetime On-base Percentage, and a World Series Championship in 1983. Since 1997, he’s served as the TV voice of the New York Yankees – a role he still performs in All-Star caliber fashion all these years later on the YES Network with 8 Emmy Awards to his name. Whether it be dealing with tough directors and managers, taking on leading roles for your team, and playing under the brightest lights, Singleton knows a thing or two about what makes a great performer both on stage and at the stadium. He’s also a master storyteller who shared some phenomenal insight with our host Al Malafronte from his now 50+ years in the game.

Singleton’s outstanding career has not been limited to baseball and broadcasting, as he currently serves on the Board of Directors for the Cool Kids Campaign, an organization that is devoted to improving the quality of life for pediatric oncology patients and their families by focusing on the academic, social, and emotional needs brought on by a cancer diagnosis. You can find more information about this wonderful foundation at their website.

Special thanks to the fine folks at the YES Network for helping put this episode together!