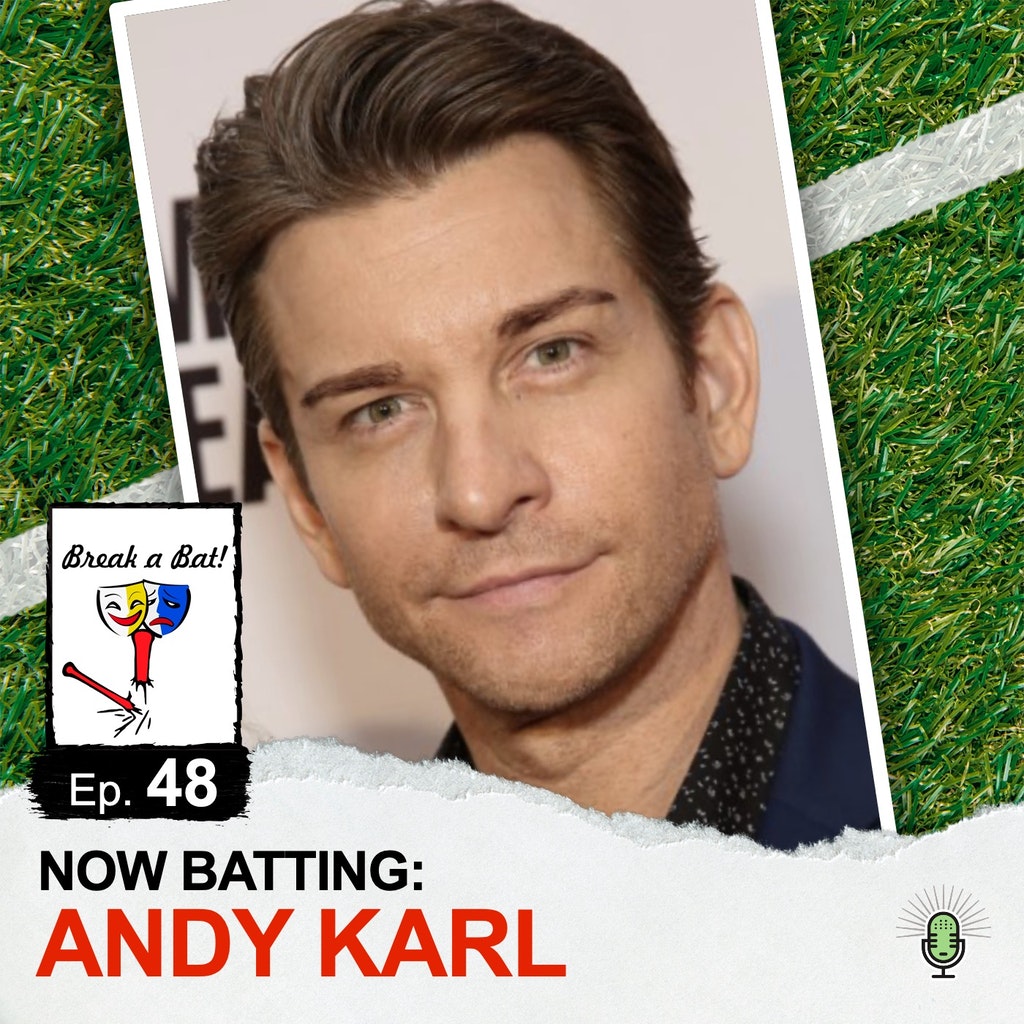 Andy Karl steps into the Batter’s Box for Episode 48 of Break a Bat! Karl is an Olivier Award Winner and 3-time Tony Award nominee with more than a dozen Broadway credits to his name. One of those credits includes a performance that’s beloved by our sports fans in Rocky the Musical, in which he portrayed the iconic Rocky Balboa. With other Broadway credits that include Legally Blonde, Jersey Boys, Pretty Woman, and Groundhog Day, Karl has some great behind the scenes stories about ‘championing through’ those roles as told to host Al Malafronte in this episode.

With an athletic background of his own, Karl also discusses working in percentages to make it through sometimes grueling Broadway schedules, as he says gearing yourself up for a show is in so many ways like gearing yourself up for a game. This mindset is not unlike what made Baseball Hall of Famer Cal Ripken Jr. so successful for Karl’s hometown Baltimore Orioles, and led to a fascinating conversation about what it would take a Broadway performer to achieve the equivalent of Ripken’s record-setting streak of 2,632 consecutive performances on the field.